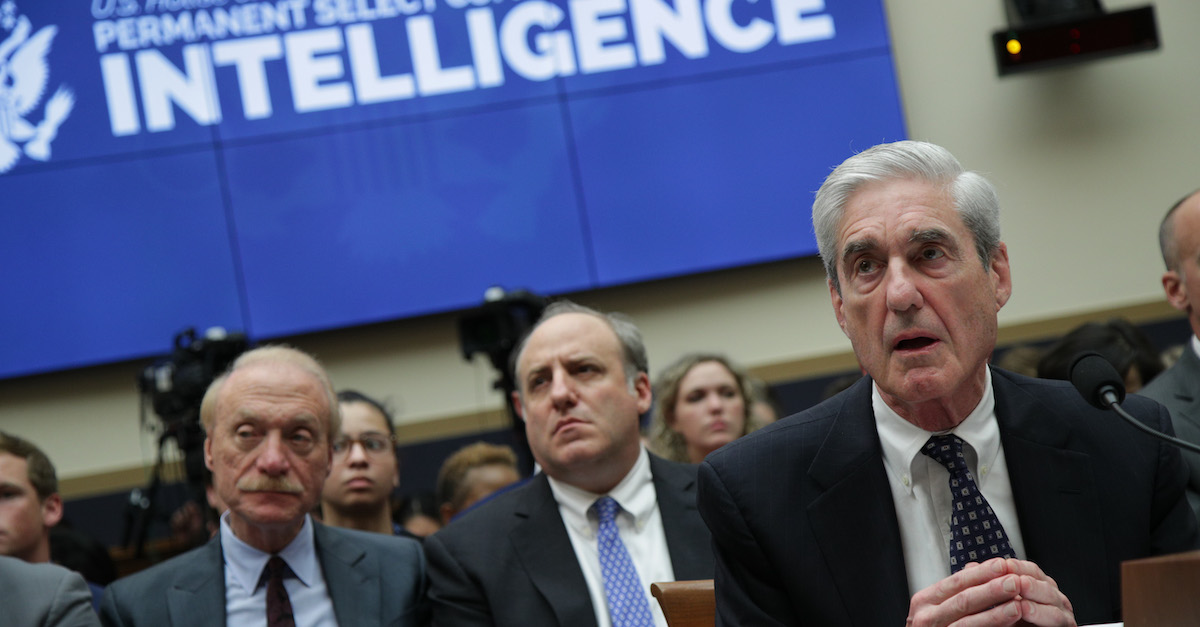 Former Special Counsel Robert Mueller, the face of the investigation into Russian interference in the 2016 election and potential Donald Trump obstruction of justice, is going to be teaching a course on his own investigation come fall 2021.

The University of Virginia Law School revealed that one of its most famous alumni will teach a short six-session course in the fall semester along with former Mueller team members Aaron Zebley and Andrew Goldstein, as well as Mueller’s mustachioed former senior counsel Jim Quarles. Quarles is also known for his work as a former assistant special prosecutor on the Watergate Special Prosecution Force. Zebley, Mueller and Quarles are currently partners at the WilmerHale law firm.

“The short course, The Mueller Report and the Role of the Special Counsel, is sponsored by the school’s Karsh Center for Law and Democracy and will be offered in person through six sessions during the fall semester. Mueller said he hopes to bring in other top prosecutors involved in the investigation as guest speakers as well,” UVA Law’s chief communications officer Mary Wood posted in a Wednesday announcement on the institution’s website.

Notably, the course will focus on various decisions the Special Counsel’s Office made (and didn’t make), the investigation as it pertained to the then-occupant of the White House, and the prosecution of since-pardoned Trump confidant Roger Stone:

The course will focus on a key set of decisions made during the special counsel’s investigation. Instructors will talk about the legal and practical context for those decisions in a discussion format, and walk through the challenges and trade-offs when making decisions in a high-profile investigation.

The course will start chronologically with the launch of the investigation, including Mueller’s appointment as special counsel. Other sessions will focus on navigating the relationship with the Justice Department and Congress, investigative actions relating to the White House and the importance of the Roger Stone prosecution. The final sessions will focus on obstruction of justice, presidential accountability and the role of special counsel in that accountability.

Former FBI Director Mueller said in a statement that he is pleased to be returning to his law school alma mater in this capacity.

“I was fortunate to attend UVA Law School after the Marine Corps, and I’m fortunate to be returning there now,” Mueller was quoted saying. “I look forward to engaging with the students this fall.”