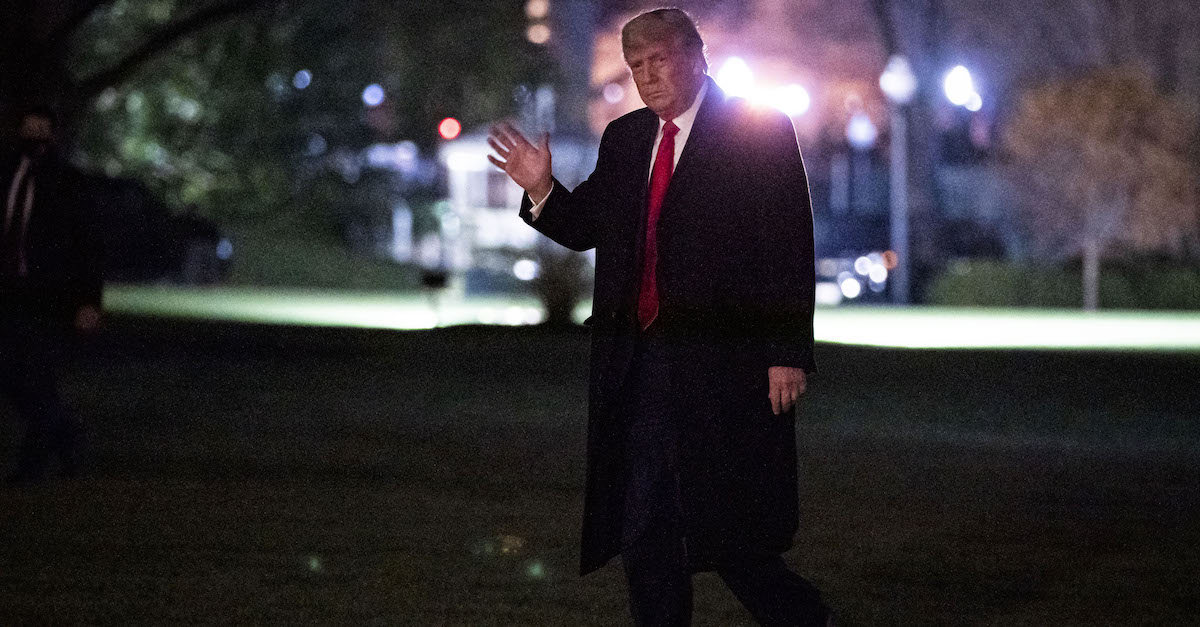 One pardon went to former Trump campaign chairman Paul Manafort, whom Trump once suggested was treated worse than Al Capone by former Special Counsel Robert Mueller and his lieutenants. Manafort was convicted of bank fraud and tax fraud in 2018, then pleaded guilty to conspiracy and witness tampering in a separate case in the District of Columbia; he agreed to cooperate in the investigation.

But the Mueller team, which was investigating Russian interference in the 2016 election and any links between the Trump campaign, would allege that Manafort lied repeatedly in breach of the agreement—specifically about an Aug. 2016 meeting with Russian operative Konstantin Kilimnik. Manafort was accused of lying about the sharing of 2016 Trump campaign polling data. The operating theory was that this poll data exchange happened at the Grand Havana Room for a purpose Manafort would later “lie” about. The judge found that Manafort did deliberately lie to Mueller’s team.

As recently as Aug. 2020, the Senate Intelligence Committee released a report identifying Kilimnik as a Russian intelligence officer.

“On numerous occasions over the course of his time on the Trump Campaign, Manafort sought to secretly share internal Campaign information with Kilimnik,” the report said. “The Committee was unable to reliably determine why Manafort shared sensitive internal polling data or Campaign strategy with Kilimnik.”

Per NBC at the time:

The Senate Intelligence Committee said in a report released Tuesday that a key associate of Trump campaign chairman Paul Manafort is a Russian intelligence officer who may have helped coordinate the Russian hacking and leaking of Democratic emails, and that Manafort himself may have had knowledge of the effort before the emails were leaked.

According to the bipartisan Senate report, Manafort associate and ex-employee Konstantin Kilimnik is a Russian intelligence officer who may have had links to the hack-and-leak operation of the GRU, Russia’s military intelligence agency, which hacked the emails of prominent Democrats and provided them to WikiLeaks.

Manafort eventually went to prison, but was let out of prison in May on home confinement amid the coronavirus pandemic. The Manhattan District Attorney’s Office has thus far tried and failed to bring a state mortgage fraud cause against Manafort. The case was previously dismissed on double jeopardy grounds, but the Manhattan DA is pursuing an appeal.

As Law&Crime noted just yesterday in the context of Rudy Giuliani, New York State passed a law in Oct. 2019 that closed the so-called double-jeopardy loophole as it might apply to presidential cronies. The change was adopted specifically as a means of thwarting President Trump’s use of the pardon power to protect or reward his allies in the Empire State.

The law allows state prosecutors to bring charges against “a person [who] has been granted a reprieve, pardon or other form of clemency for an offense,” if authorities can show the would-be defendant has a clear conflict of interest with the president. Examples include: a current or former staff member; a current or former political appointee; or a family member related to the president by blood or by marriage “within the sixth degree.”

Fordham Law professor Jed Shugerman notes that this may not be available to New York prosecutors in Manafort’s case, however.

Still, after news of the pardon broke, a spokesman for Manhattan DA Cy Vance’s office said that pardon “underscores the urgent need to hold Mr. Manafort accountable for his crimes against the People of New York as alleged in our indictment, and we will continue to pursue our appellate remedies.”

Mr. President, my family & I humbly thank you for the Presidential Pardon you bestowed on me. Words cannot fully convey how grateful we are.

Manafort, for his part, said Wednesday night on Twitter, “Mr. President, my family & I humbly thank you for the Presidential Pardon you bestowed on me. Words cannot fully convey how grateful we are.”

Here’s what the White House said on the Kushner pardon:

President Trump granted a full pardon to Charles Kushner. Former United States Attorney for the District of Utah Brett Tolman and the American Conservative Union’s Matt Schlapp and David Safavian support a pardon of Mr. Kushner. Since completing his sentence in 2006, Mr. Kushner has been devoted to important philanthropic organizations and causes, such as Saint Barnabas Medical Center and United Cerebral Palsy. This record of reform and charity overshadows Mr. Kushner’s conviction and 2 year sentence for preparing false tax returns, witness retaliation, and making false statements to the FEC.

But Mr. Kushner also became embroiled in a bitter family feud over the business and how proceeds were distributed. That dispute, plus his growing prominence as a political financier, helped lead to his downfall. The intrafamily acrimony was such that Mr. Kushner retaliated against his brother-in-law, who was cooperating with federal authorities, by hiring a prostitute to seduce him. He then arranged to have a secretly recorded videotape of the encounter sent to his sister, the man’s wife.

Stone, the political dirty trickster and longtime Trump confidant, was convicted in Nov. 2019 on charges obstruction, witness tampering, and lying to Congress regarding his contacts with WikiLeaks in the lead up to the 2016 election. Federal prosecutors said that Stone lied to Congress to protect the president.

The White House on Wednesday painted Stone as a victim:

Due to prosecutorial misconduct by Special Counsel Mueller’s team, Mr. Stone was treated very unfairly. He was subjected to a pre-dawn raid of his home, which the media conveniently captured on camera. Mr. Stone also faced potential political bias at his jury trial. Pardoning him will help to right the injustices he faced at the hands of the Mueller investigation.

Attorney General Bill Barr, whose last day as a member of Trump’s cabinet was today, previously said publicly that he was “happy that [Stone] was convicted.” He said the prosecution was a “righteous” one.

Here are the other recipients of full pardons and notable supporters thereof:

James Kassouf (the pardon was supported by Pam Bondi);

Mary McCarty (supported by Bondi and Newsmax CEO Christopher Ruddy; McCarty is the sister of Brian Ballard, a Trump fundraiser about whom the Wall Street Journal said this in October: “No lobbyist has benefited more in the Trump era than Brian Ballard, a longtime Florida political operative who didn’t have so much as an office in Washington four years ago.”);

Stephanie Mohr (supported by the Fraternal Order of Police);

and Mark Shapiro and Irving Stitsky.

Elura Nanos and Colin Kalmbacher contributed to this report.