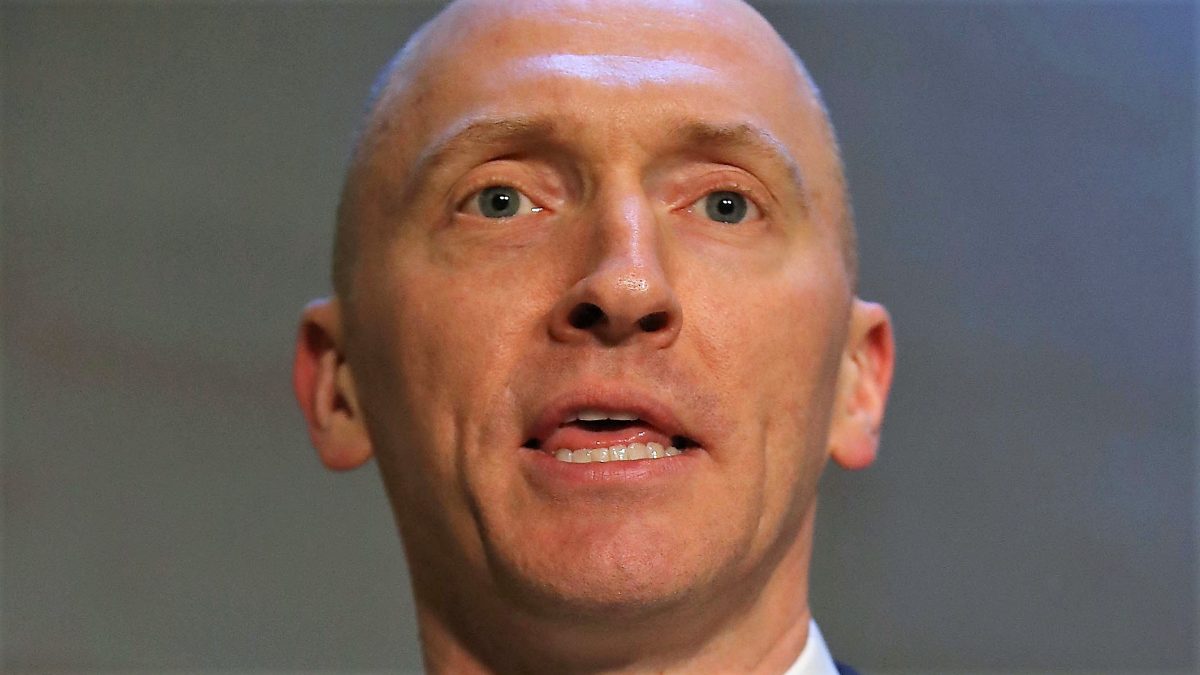 The group which (somewhat) successfully used the Freedom of Information Act (FOIA) to demand the release of Foreign Intelligence Surveillance Act (FISA) warrant applications pertaining to Carter Page have hit back at the government’s response to their request — by using the tweets of President Donald Trump.

Page, a former Trump foreign policy advisor, was surveilled after government authorities applied for and received a FISA warrant and several extensions thereto. In applying for the warrant, authorities said they suspected Page of “engag[ing] in clandestine intelligence activities (other than intelligence gathering)” for Russia.

A cache of 412 mostly-blacked-out pages from the FISA warrant applications was released over the weekend. Our initial review of the released pages indicated more than 70% of the information was blacked out. It turns out that the government reviewed a total of 589 pages but only released 412 pages. It’s likely those additional 177 pages were simply not at all responsive to the request, but it’s possible they were simply redacted in full and were not provided at all.

One of the groups that requested the release of the documents is the James Madison Project (JMP). National security lawyer Mark S. Zaid is the executive director. The group, which in its own words “promote[s] government accountability and the reduction of secrecy,” submitted a joint status report along with the government to a federal judge for the District of Columbia on Tuesday. The report indicates the group is not satisfied with the documents that were released. JMP pointed to President Trump’s Twitter words for support:

This is no ordinary FOIA case, however, as the official statements of the President of the United States continue to make clear.

Within 48 hours of the public disclosure of the responsive records in this action, however, President Trump described the redactions made within the records as “ridiculous” and recently repeated remarks made by a third party claiming that the classified redactions in particular were done to “ . . . [c]over up misconduct by the FBI and the Justice Department in misleading the Court . . . “.

These remarks by the ultimate authority within the Executive Branch regarding the good faith and legitimate bases for the redactions made by one of his subordinate agencies raises an unprecedented problem for the parties and this Court to address.

[A]s far as the undersigned are aware – there is no precedent for a sitting President publicly questioning the legitimacy of specific FOIA redactions in a manner similar to what President Trump has just done.

The bottom line here is that JMP wants to “assess the value” of Trump’s tweets, which slam the Page warrant as the tool of biased federal agencies.  JMP cannot do that without additional access to the redacted passages in the FISA warrant documents. To obtain the access, JMP wants to — in the government’s words — “piecemeal” the litigation by seeking additional input from the federal judge along the way. The government considers that inefficient and opposes running to the judge at this point in the process.

The newly-referenced Trump tweets are here:

Congratulations to @JudicialWatch and @TomFitton on being successful in getting the Carter Page FISA documents. As usual they are ridiculously heavily redacted but confirm with little doubt that the Department of “Justice” and FBI misled the courts. Witch Hunt Rigged, a Scam!

“It was classified to cover up misconduct by the FBI and the Justice Department in misleading the Court by using this Dossier in a dishonest way to gain a warrant to target the Trump Team. This is a Clinton Campaign document. It was a fraud and a hoax designed to target Trump….