Rudy Giuliani, After Blowing Past Deadline to Respond to Dominion’s Billion-Dollar Lawsuit, Personally Asks for Extension 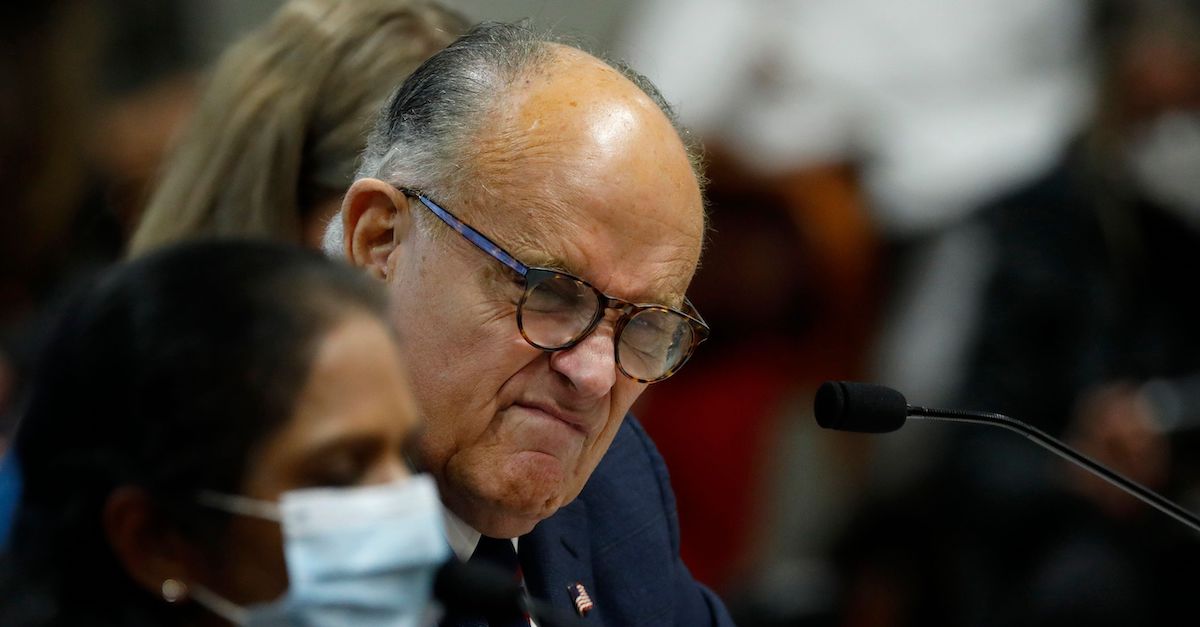 Despite publicly welcoming a court fight over his false claims about voting machines being used to steal the 2020 election from Donald Trump, Rudy Giuliani doesn’t seem to be in much of a rush to respond to the billion-dollar defamation lawsuit filed against him by Dominion Voting Systems.

After repeatedly dodging process servers last month, the former New York City mayor on Thursday asked a federal judge in Washington D.C. for a 35-day extension to respond to the $1.3 billion complaint filed by Dominion. Giuliani’s motion for more time, which was unopposed, was filed one day after the deadline for his response had passed. The motion was entered on the docket Friday.

Giuliani said the heft of the lawsuit filed against him, coupled with problems in getting his attorney admitted to practice in D.C., is why he required more time to respond to Dominion.

“Because the Complaint is voluminous and complex and because the Defendant has recently engaged counsel who is awaiting admission in the District for the District of Columbia, Defendant required additional time to answer or otherwise respond to the Complaint,” Giuliani wrote in the pro se motion.

Giuliani did note that the motion was “not made for the purposes of delay, but so that Defendant and his counsel can properly and adequately respond to the Complaint.”

As previously reported by Law&Crime, when Dominion first filed its lawsuit against Giuliani in January, the formerly active Trump attorney publicly reveled in the opportunity to “investigate” the voting hardware and software company’s practices.

But instead of digging into his investigation, Giuliani and his staff proceeded to try and dodge service of Dominion’s summons, even refusing to accept an emailed copy.

“After not responding to requests to waive service, Mr. Giuliani evaded in-person service of process for nearly a week,” Dominion attorney Thomas Clare told Law&Crime in February. “It took numerous attempts, at both his home and office, before we were able to successfully serve Mr. Giuliani on February 10. Mr. Giuliani’s repeated false claims about Dominion have been immeasurably damaging; this service of process is one more step forward in our pursuit of justice.”

Giuliani was also named as a defendant in another civil lawsuit filed in D.C. federal court on Friday by Rep. Eric Swalwell (D-Calif.), accusing him of being responsible for inciting the Jan. 6 riots at the U.S. Capitol. Smartmatic has also sued Giuliani.

See below for Giuliani’s late filing: