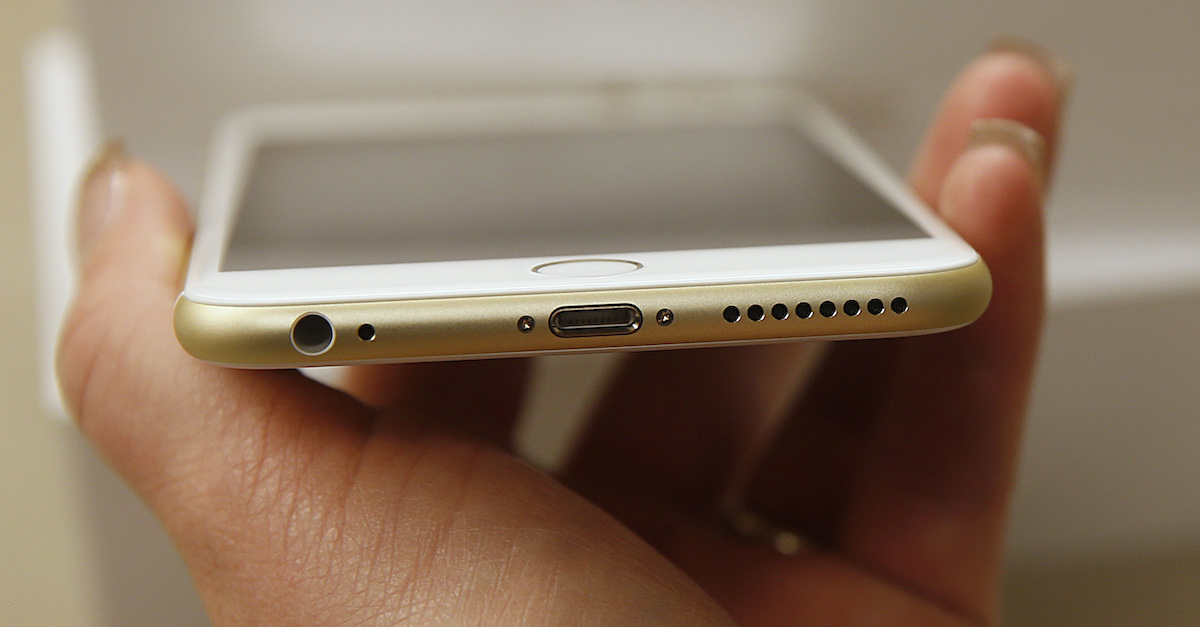 The Utah House of Representatives on Thursday approved a bill that would require cell phones and tablets sold in the Beehive State to contain filters to block pornographic material from reaching a user’s eyes. The bill had previously been approved by the state senate.

The measure, HB72, applies to “smart phones activated in the state on or after January 1 of the year following the year this bill takes effect.” However, it doesn’t truly kick in until five other states pass similar measures.

The bill would require any phone “activated in the state” to “automatically enable a filter capable of blocking material that is harmful to minors.” The filter would “prevent the user of the device from accessing material that is harmful to minors on the device; enable certain users to deactivate the filter for the device or for specific content; and notify the user when content is filtered.”

It also provides a cause of action “for the attorney general or a member of the public” to sue manufacturers who sell devices which do not contain the contemplated filter. Such lawsuits could be brought, the bill says, when “a minor accesse[s] material that is harmful to minors on the device.”

The proposed penalty, “up to $10 for each violation,” would be partially payable to the state’s Crime Victims Reparations Fund. A plaintiff could also obtain actual damages — a move which would in essence force litigators to calculate the dollar amount of the harm caused when someone unwillingly sees a pornographic image. The bill explicitly allows class action lawsuits against technology manufacturers.

Penalties would be assessed after a court examines the following:

The bill’s authors seem to recognize that technology is not perfect. Any manufacturer who makes a “good faith effort” to provide the contemplated filtering technology would get a pass in court if an offensive image slips through the cracks.

The bill, as the Salt Lake Tribune pointed out, will potentially run into constitutional challenges.

“Even proponents of the measure . . . conceded that the bill is imperfect,” the newspaper said.

Sen. Jake Anderegg told the paper that the bill “logistically . . . just won’t work” because it forces manufacturers to turn on the contemplated software.  Manufacturers are not sellers; sellers generally handle software matters before handing phones over to consumers, he pointed out.

Still, Anderegg voted in favor of the bill, despite his concerns, because he said he didn’t “want to be the guy” to stand against the bill’s moral stance.

Sen. Kathleen Riebe said she was concerned the bill would cause an “undue burden” on interstate commerce, the paper reported.

Industry groups lobbied against the measure, the website XBIZ, which describes itself as “the world’s leading source for adult industry news and information,” reported recently.

XBIZ noted that Rep. Susan Pulsipher, “a realtor with no technology experience,” sponsored the bill. Sen. Wayne Harper introduced the measure; XBIZ described him as a “staunch anti-porn crusader.”

The ACLU of Utah is against the measure.

A new version of #HB72 "Device Filter Amendments" has all the same constitutional problems as the first bill.
It gets another hearing Thursday at 8AM – @siliconslopes@sjquinney @LibertasUtah @RobertGehrke @ELI_Utah Follow it here: https://t.co/Xp049hpJwo pic.twitter.com/ta8uQLNKKE