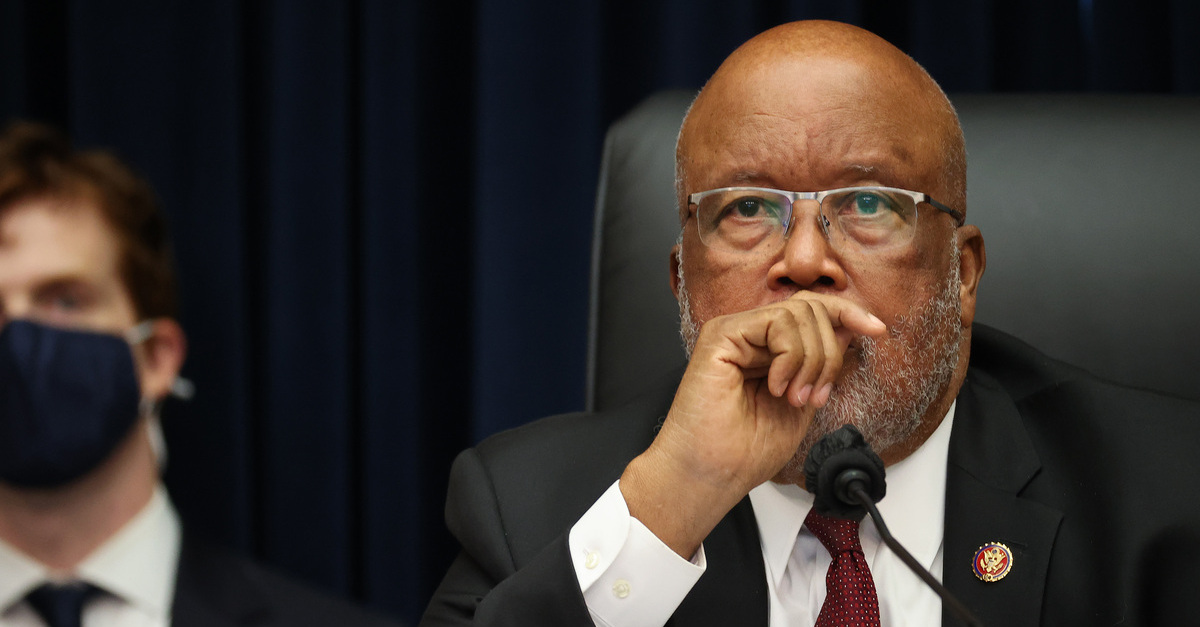 The lawsuit alleges that Trump and the others “conspired to incite an assembled crowd to march upon and enter the Capitol of the United States for the common purpose of disrupting” the counting of Electoral College votes on Jan. 6—the day that thousands of Trump supporters laid siege to the U.S. Capitol Complex following a speech by the 45th president at the White House Ellipse.

Represented by NAACP attorneys, Thompson is suing in his individual capacity as a member of Congress. He claims the alleged conspiracy used “force, intimidation and threats” to prevent himself “and other Members of Congress from discharging [their] official duties.”

“As part of this unified plan to prevent the counting of Electoral College votes, Defendants Proud Boys and Oath Keepers, through their leadership, acted in concert to spearhead the assault on the Capitol while the angry mob that Defendants Trump and Giuliani incited descended on the Capitol,” the lawsuit alleges. “The carefully orchestrated series of events that unfolded at the Save America rally and the storming of the Capitol was no accident or coincidence. It was the intended and foreseeable culmination of a carefully coordinated campaign to interfere with the legal process required to confirm the tally of votes cast in the Electoral College.”

The statute provides, in relevant part:

If two or more persons in any State or Territory conspire to prevent, by force, intimidation, or threat, any person from accepting or holding any office, trust, or place of confidence under the United States, or from discharging any duties thereof; or to induce by like means any officer of the United States to leave any State, district, or place, where his duties as an officer are required to be performed, or to injure him in his person or property on account of his lawful discharge of the duties of his office, or while engaged in the lawful discharge thereof, or to injure his property so as to molest, interrupt, hinder, or impede him in the discharge of his official duties.

The lawsuit notes that “not all” the defendants “were physically present” but places members of the Proud Boys and the Oath Keepers directly on the scene during the siege of the U.S. Capitol Complex. Notably, various alleged (or admitted) members of both groups have been charged by federal prosecutors over their participation in the pro-Trump riot.

Still, Thompson argues, the attack occurred by the crowd that was “dispatched” by then-president Trump. He alleges that the conspiracy between all the named defendants occurred during the Save America rally immediately prior to the breach of Capitol security barriers on the day in question.

The lawsuit also accuses Trump and Giuliani of having conspired before Jan. 6 by repeatedly invoking discredited conspiracy theories about the November 2020 presidential election somehow being stolen.

“In furtherance of this conspiracy, Defendants Trump and Giuliani engaged in a concerted campaign to misinform their supporters and the public, encouraging and promoting intimidation and violence in furtherance of their common plan to promote the re-election of Defendant Trump, even after the states had certified election results decisively showing he lost the election, and to disrupt the legally required process before Congress to supervise the counting of the Electoral College ballots and certify the results of that count,” the filing notes.

And, the lawsuit alleges, the election misinformation campaign culminated with the pro-Trump mob briefly taking over the Capitol as they allegedly hunted down members of Congress and threatened them with violence in order to stop the counting of votes.

“Defendants Trump, Giuliani, Proud Boys, and Oath Keepers plotted, coordinated, and executed a common plan to prevent Congress from discharging its official duties in certifying the results of the presidential election,” the lawsuit says.

The filing also claims that Thompson suffered emotional distress during the Capitol attack.

Thompson is suing for a declaratory judgment that Trump and the others violated the KKK Act, an injunction prohibiting them from taking similar action in the future, punitive damages, compensatory damages and attorney’s fees.

Trump has been sued under the KKK Act before.