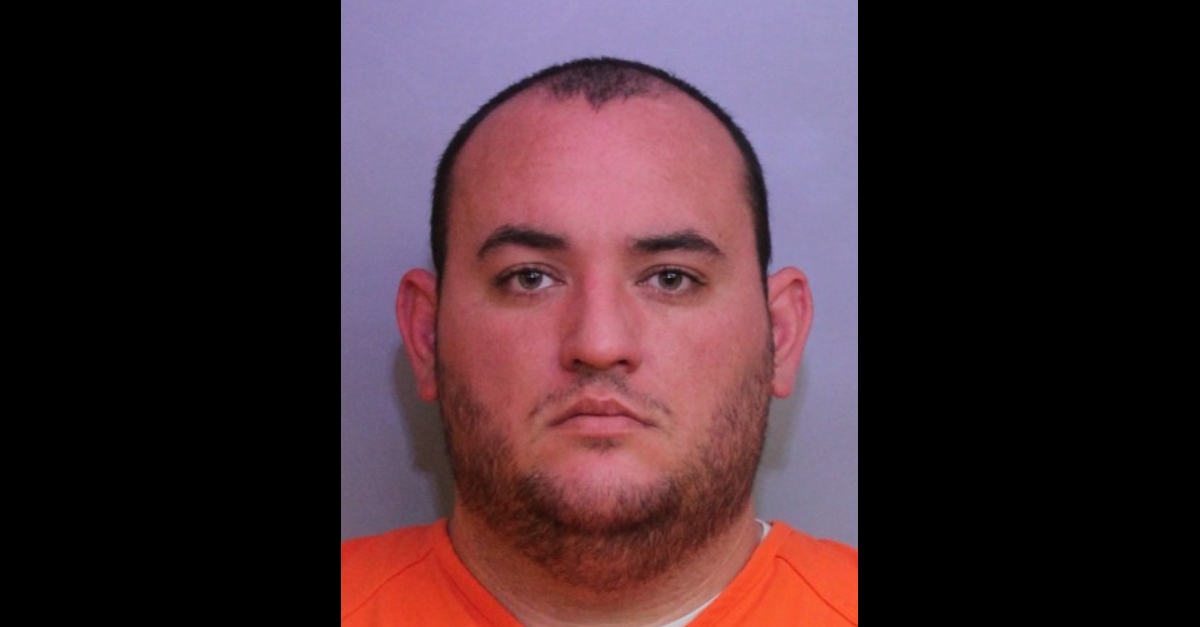 The attorney for an embattled deputy in Polk County, Florida says his client, Peter Jacob Heneen, 29, never threatened to commit any terrorist act. He asserted authorities took the defendant’s statements out of context and that the government’s key witness, who is a fellow deputy, was egging the man on.

“What we have here is the government being the word police,” lawyer Anthony Rickman told Fox 13 News in a Monday report.

Heneen is actually charged with making a written threat to kill or injure. He was arrested back on January 19 after investigators said he made threatening statements in a private Facebook conversation with another deputy. Heneen, the defendant, allegedly brought up the fatal shooting of a woman at the deadly Jan. 6 Capitol siege. The woman was not named in the Polk County affidavit obtained by Law&Crime, but the comment was an apparent reference to Trump supporter Ashli Babbitt, 35, who attempted to climb through a broken window frame as she and other rioters worked to force their way through the barricaded door of the Speaker’s Lobby. A Capitol police officer on the other side of the door shot and killed her.

As described in the Polk County affidavit, Heneen was incensed, making statements about “feds” getting shot, the “need to make the streets of DC run red with the blood of these tyrants,” and that people “should have drug those tyrants out into the streets and executed them.” When the other deputy allegedly asked if the defendant could take the government by himself, Heneen mentioned “other patriots and militias,” according to the complaint.  Here’s some of the relevant language:

Rickman, Heneen’s attorney, dismisses the state’s case. Heneen was only voicing anger at what the defendant construed as government tyranny, especially in light of Babbitt’s death, the lawyer said.

“You shoot someone for what?” the defendant said in messages reported by Fox 13 News. “Climbing into a building?”

“Looked a lot like breaking and entering,” said the reply from the other deputy.

Heneen was engaging in protected speech, the defense asserted.

“In his mind, the government doesn’t have the right to be judge, jury, and executioner and kill somebody because you’re in the capitol building,” Rickman said in the interview. The witness deputy egged Heneen on, telling him federal authorities would come into his home, he said.

“Should have drug those tyrants out into the streets and executed them,” the defendant allegedly wrote. “Sick of the corruption.”

“And this is why you will disappear one night without a trace,” the witness deputy allegedly wrote.

Heneen remains on leave from the Polk County Sheriff’s Office. Records show an arraignment is set for Monday.