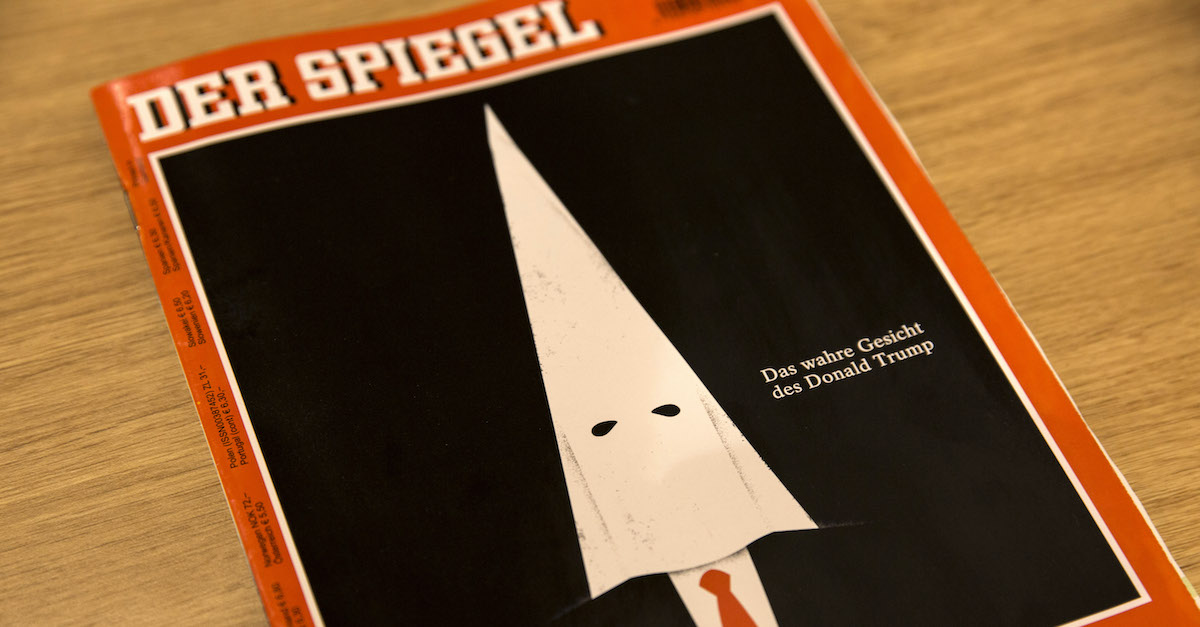 Joining a lawsuit originally brought by the Detroit-based Michigan Welfare Rights Organization last month, the NAACP and three Black voters from the Motor City — Maureen Taylor, Nicole L. Hill and Teasha K. Jones — likened Trump and his campaign’s tactics to those of the white supremacist group. The original complaint only went so far as to accuse Trump of violating the Voting Rights Act of 1965.

Republican National Committee, whose counsel did not immediately return an email requesting comment, also has been added as a defendant.

“Under the specter of preventing ‘fraud,’ defendants engaged in a conspiracy, executed through a coordinated effort, to disenfranchise voters by disrupting vote counting efforts, lodging groundless challenges during recounts, and attempting to block certification of election results through intimidation and coercion of election officials and volunteers,” their new complaint filed late on Monday states. “These systematic efforts – violations of the [Voting Rights Act] and the Ku Klux Klan Act – have largely been directed at major metropolitan areas with large Black voter populations. These include Detroit, Milwaukee, Atlanta, Philadelphia, and others. Defendants have not directed these efforts at predominantly white areas.”

In 1871, Congress passed the Ku Klux Klan Act aimed to clamp down on attempts to terrorize and disenfranchise formerly enslaved people. The then-nascent Klan engaged in open threats, economic coercion, and physical violence to prevent free Black people from participating in the nation’s electoral process.

Trump’s efforts for discredit the 2020 election has also featured threats of violence, the rights groups note.

“When Gabriel Sterling, a Republican official in Secretary Raffensperger’s office implored the President to stop fostering rhetoric and threats against elections workers on December 1, President Trump responded by doubling down,” the complaint says.

“Similarly, after Wisconsin Supreme Court Justice Brian Hagedorn ruled against the Trump Campaign in several lawsuits, Trump Campaign supporters have sent him threatening and ‘dark messages’ wherein he has been called a ‘traitor,’ ‘liar,’ and ‘fraud,’ and been threatened with being ‘tried for treason by a military tribunal,'” the complaint also states, citing the judge’s interview in the New York Times.

Trump attacked Hagedorn on Twitter after that article was published.

Thoughout their scorched-earth litigation, Trump and his allies have been accused in court of racist tactics, including in previous lawsuits by the NAACP, counsel cities like Detroit, and judges.

In the Wisconsin Supreme Court case, Justice Jill Karofsky demanded that Trump’s attorney Jim Troupis explain why the president’s lawsuit focused on the two counties with the state’s largest number of Black voters.

Trump’s lawsuits in Georgia, Pennsylvania, Michigan, Nevada and elsewhere followed the same demographic pattern: aiming to throw out votes in counties and municipalities where the most Black people live.

This use of the more than century-old law has a recent precedent.

“The right to vote embodies the very essence of democracy,” U.S. District Judge Victor Marrero wrote in a ruling on Oct. 28. “Absent free and fair elections uninfluenced by fear, the underpinnings of democratic rule would crumble. The United States Constitution, as enforced by Congress and the courts, enshrines these principles.”

Marrero forced Wohl and Burkman to send curative robocalls informing the same people that the initial messages were false and illegal. The right-wing duo face felony charges lobbed by state prosecutors in Ohio and Michigan over the stunt.

Trump’s attorney Jesse Binnall did not immediately respond to an email requesting comment.

Read the red-lined version of the amended complaint below: