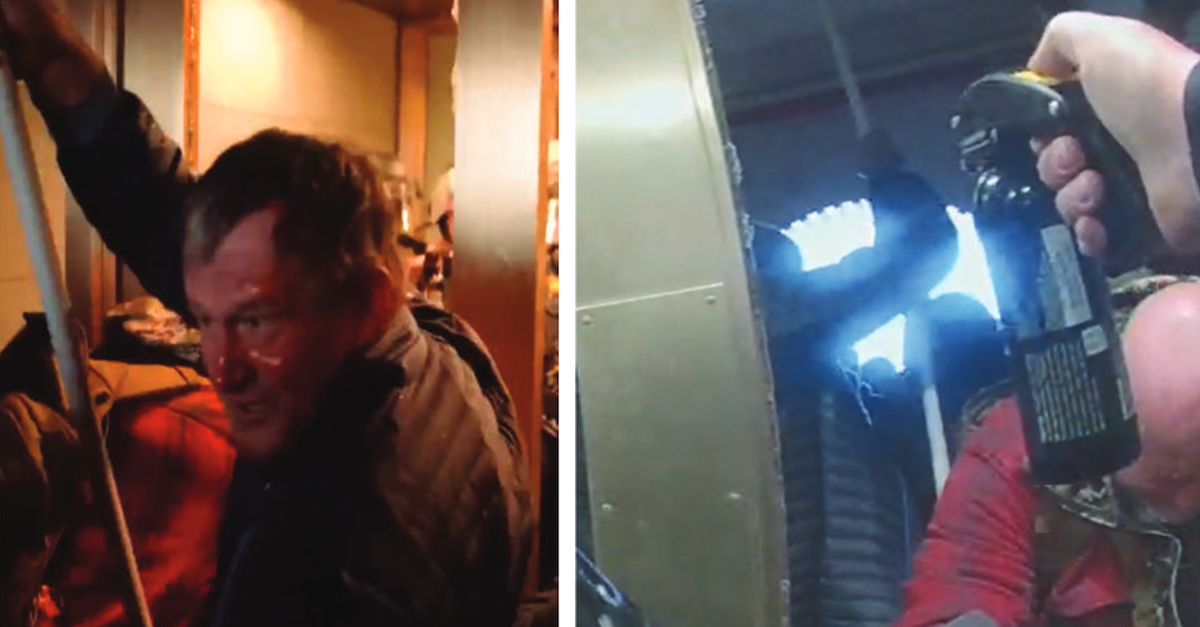 An Idaho man who stormed the U.S. Capitol in a baseball cap with the words “CNN” and “Fake News” pleaded guilty on Tuesday to assaulting police and obstruction of an official proceeding, landing prosecutors convictions on some of their most serious charges related to Jan. 6.

Duke Edward Wilson, a 67-year-old from Nampa, could now face up to 20 years imprisonment as a result of his guilty pleas, but his actual sentence is likely to be much lower. The terms of his plea agreement calculate his sentencing guidelines range at between 41 and 51 months of incarceration, but a federal judge can go above or below that.

Prosecutors say that Wilson jabbed police officers with a long, white, cylindrical PVC pole and tossed it at them.

Wilson’s signed statement of offense acknowledges that he struck one officer, who is identified in court papers only as “A.G.”

“When the defendant struck A.G., an officer and employee of the United States Capitol Police, the defendant knew that the officer was engaged in the performance of official duties,” the statement reads.

Citing footage from three YouTube videos, two law enforcement bodycams, and surveillance cameras, the FBI’s affidavit also sets the scene for what happened on the day of the siege.

“Based on video review, the individual later identified as Wilson entered the lower west terrace tunnel area of the U.S. Capitol building shortly before 3 p.m. while rioters were pushing against law enforcement officers in an attempt to gain entry into the building,” the FBI wrote.

“Rioters appeared to spray liquid irritants toward the officers as they pushed on the officers’ shields. Wilson made his way to the front line of the officers,” the affidavit continues. “As officers tried to close a set of double doors, Wilson grabbed and tried to pull the door open. Wilson then raised what appeared to be a tablet device in order to deflect the spray of an irritant. Wilson was sprayed with the irritant by officers.”

Court papers show still frames of footage from the melee.

According to his statement, Wilson agrees that he “made his way to the front line of the rioters.”

Wilson then agreed that he “assisted other rioters in attempting to pull a shield away from an officer.”

“During the struggle over the shield, the defendant pushed an officer to the ground and then pushed against another officer, along with other rioters,” the statement of offense continues.

Wilson also acknowledges that he stormed the Capitol “with the intent to corruptly obstruct, influence, and impede an official proceeding, that is, a proceeding before Congress, specifically, Congress’s certification of the Electoral College vote as set out in the Twelfth Amendment of the Constitution of the United States.”

Prosecutors say that authorities have arrested more than 570 people in connection with the Jan. 6 attack on the U.S. Capitol, including more than 170 charged with assaulting or resisting law enforcement.

Read his statement of offense below: