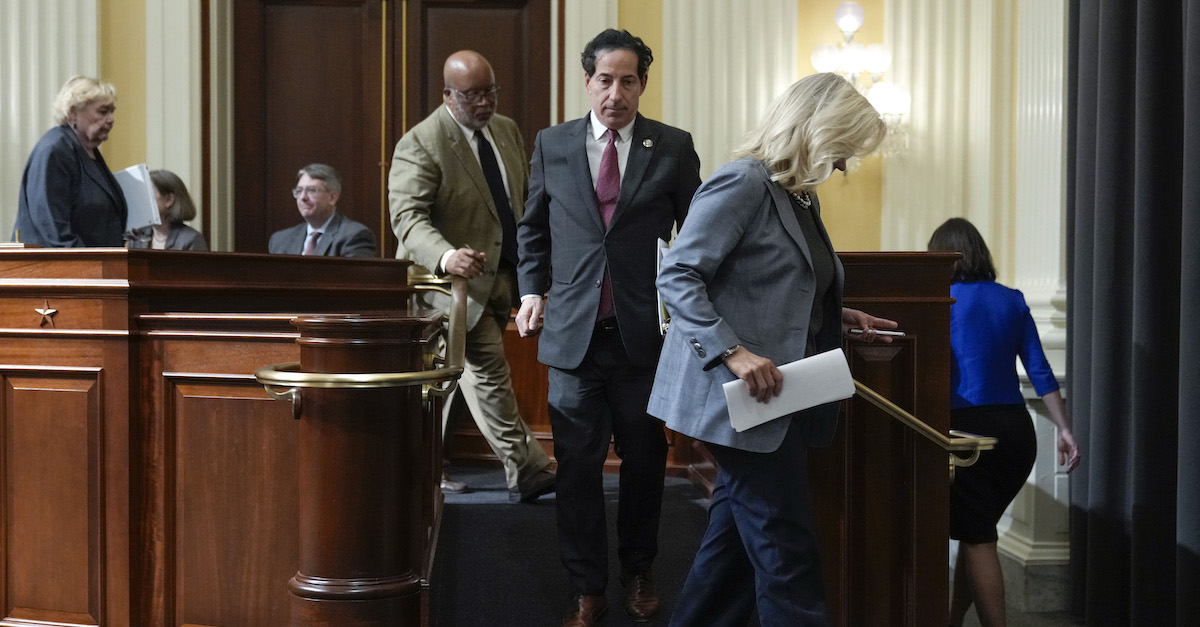 The Department of Justice turned up the heat on the Proud Boys by charging the extremist group’s leader and some of his accused co-conspirators earlier this week with seditious conspiracy.

For one former federal prosecutor, that development served as a prelude for the Jan. 6 Committee’s main challenge in their upcoming hearings over the attack on the U.S. Capitol: demonstrating who allegedly provided “brains” to their “muscle.”

“They did not come up with the legal theory behind why interfering on that day was going to change the outcome of the election,” said Shanlon Wu, a former general counsel to ex-Attorney General Janet Reno. “They didn’t come up with the idea, ‘Hey, we can put these slates of alternative electors in states like Georgia.’ They were just the muscle. And where there muscle, there’s got to be a brain. The muscles not moving involuntarily there.”

On the latest episode of Law&Crime’s podcast “Objections: with Adam Klasfeld,” Wu breaks down the committee’s challenges during their debut hearing, where they are expected to present their initial findings, disclose previously unseen material and hear from two witnesses.

“If the committee can’t expose what the thinking was of the brains behind the operation, and if the Justice Department can’t act on that for legal accountability, I think there’s really grave, grave danger for the country,” Wu told Law&Crime.

Days before the hearing, revelations from both the Justice Department and congressional Jan. 6 investigations have cropped up in rapid order. The Proud Boys’ speaking indictment laid out an extensive timeline of the group’s movements before the attack. A federal judge in California ordered the disclosure of more files belonging to so-called “coup memo” author John Eastman, a former Claremont Institute senior fellow and attorney for former President Donald Trump. In a recent ruling in Eastman’s discovery battle, a judge noted that Trump’s legal team referred to “the January 6 strategy” in an email well before the attack.

Eastman came up with the six-part plan for blocking the congressional certification of the election, and Wu believes the committee will have to bridge the lawyerly antics to those of extremist groups on the ground in the Capitol.

First, however, Wu believes the committee will have to reanimate the shock the nation experience on that day.

“I think the biggest challenge is making the events fresh to the American public because although it seems quite fresh to many of us—because of all the new information and evidence that’s coming forward—I think the real audience are folks who are probably not following it on a day to day basis,” he said.

The first witnesses are well-positioned to prime that visceral reaction: U.S. Capitol Police Officer Caroline Edwards, the first law enforcement official injured on that day, and Nick Quested, a British documentary filmmaker who captured movements on the ground.

After suffering a traumatic brain injury on Jan. 6, Edwards has not yet returned to duty more than a year after the attack.

The appearance of the documentary filmmaker calls to mind Wu’s other piece of advice for the panel.

“I think you start with very graphic images of the violence to remind people of the freshness of violence that day, and then start to explain, ‘Why did this happen?'” said Wu, a former CNN legal analyst.

Having spent more than a decade at the Department of Justice—and served as a liaison for the FBI, Drug Enforcement Administration and National Institute of Justice—Wu is a former colleague of a prominent member of the Jan. 6 Committee: Timothy Heaphy, its chief investigative counsel.

Long before the hearing, a controversy arose in the committee over whether to issue criminal referrals with their report. The committee’s vice chair, Rep. Liz Cheney (R-Wyo.), obliquely questioned whether Trump committed obstruction of an official proceeding, when she read the statutory language for it in December. A federal judge in California later found Trump “likely” violated that statute, as well as another for allegedly conspiring to defraud the government.

Those who believe the committee should not issue criminal referrals argue that the judge’s ruling speaks louder than Congress, which would only inject politics into the question of prosecution.

Wu disagrees, noting that a congressional committee is inherently political in nature.

“I do think not doing it is actually sort of an unhelpful thing for DOJ because although they are now beginning to investigate—through a grand jury and such—I think that the there’s no way they can catch up in terms of the mountain of evidence that the committee has gone through,” Wu said. “So making the referrals helps the prosecutors target.”

The committee, of course, has sent criminal referrals to the Department of Justice before for contempt of Congress.

For Wu, the demurrals show Attorney General Merrick Garland “bending over backwards” to signal fairness—and possibly stand as a wake up call for those expecting Trump’s indictment.

“For me, my concern is, it’s the latest in series wake up calls,” he said. “I think that the department is being very cautious and struggling greatly with what to do about the inner circle.”

The committee’s debut hearing kicks off on Thursday at 8 p.m. Eastern Time.