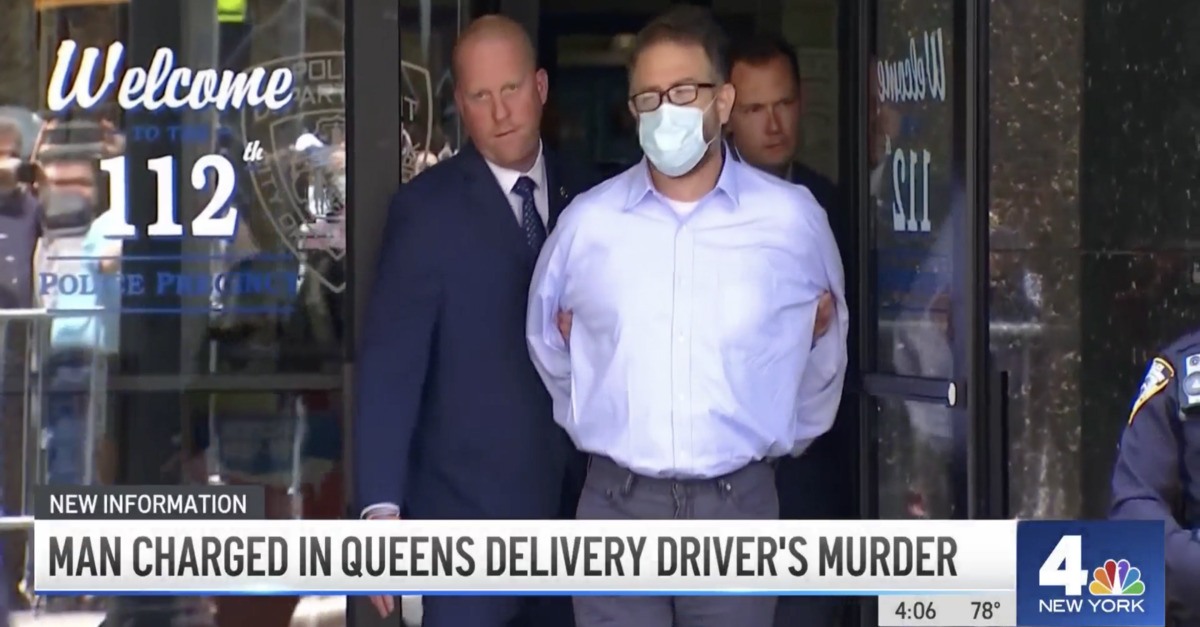 A man in New York City with an apparent affinity for duck sauce reportedly had a large collection of the Chinese food condiment but still, according to the authorities, killed because he wanted more.

“His whole refrigerator was filled with duck sauce,” an unnamed NYPD source told the New York Daily News. “And other condiments. He’s a hoarder. And when you open the refrigerator, it’s like, condiments — there’s duck sauce, soy sauce, ketchup.”

Glenn Hirsch, 51, stands accused of murder in the second degree, weapon possession, menacing, and stalking over the death of 45-year-old deliveryman Zhiwen Yan in late April of this year. The incident is believed to be the fatal denouement to a long-running dispute over the amount of duck sauce the defendant received in an order from the restaurant the victim worked for.

“As alleged, a petty dispute over a take-out order became an obsessive point of contention for the defendant who began to stalk and harass employees at the restaurant for months,” Queens District Attorney Melinda Katz said in a press release. “The tragic end result was the murder of a hard-working employee, who left behind a devastated family and a grieving community. Gun violence is never the answer and will not be tolerated in Queens County. Following a thorough investigation by my Office and the NYPD, the defendant has been apprehended and will now face justice in our Courts.”

Investigators believe the defendant killed the Great Wall deliveryman during the mid-morning hours of April 30, 2022. Hirsch was not actually having any food delivered that day.

According to law enforcement, the defendant was seen circling the restaurant in his car seven times within a two-hour period before he allegedly followed Yan, who was making a delivery on a scooter, and shooting the victim in the Forest Hills neighborhood in Queens.

Hirsch pleaded not guilty last week, according to NBC News. He is currently being held without bail.

Authorities have been building a case against him since they learned of the months-long duck sauce dispute that allegedly began in November 2021 when the defendant picked up an order he felt didn’t have enough sauce included. The argument over this order led to Hirsch demanding a refund and calling police about the service he received.

After the November 2021 argument, Hirsch allegedly vandalized the car that belongs to the restaurant’s owner and later brought a gun to scare employees at the restaurant, according to the indictment.

In late December 2021, the defendant was allegedly caught scratching that car with a knife when Yan caught him. Prosecutors allege he threatened his eventual victim with words to the effect of: “I have a gun” and “be careful, this is the last time I’m going to tell you.”

In late January of this year, the defendant allegedly approached the owner while he was shoveling snow and pointed a gun at him. This time he allegedly said words to the effect of: “How’s your car? Remember me? I will kill your entire family.”

That attorney, Michael Horn, told reporters he thinks that law enforcement “arrested the wrong man” while conceding the November duck sauce argument did occur. But, the attorney insists, that’s where it all ended.

The DA’s office recounted its version of the events as follows:

Mr. Yan dropped off the food order and returned to the scooter and rode away. He then stopped at a red light at 67th Drive and 108th Street. At that point, the defendant approached the victim on foot. Mr. Yan recognized Hirsch and started to back away on the scooter. But in that moment the defendant allegedly fired a single shot. The bullet ripped into Mr. Yan’s chest; he fell to the ground and died as a result of the single gunshot wound.

Continuing, according to the charges, the defendant is allegedly seen running back to his SUV and then driving away from the scene to his wife’s apartment, also in Briarwood. Hirsch parked his car and entered the building.

“I guess in some pathology people like that take that stuff very seriously – you didn’t give him enough duck sauce,” the Daily News‘ NYPD source went on.

“When they were doing their search of the place for the weapons, they looked in the refrigerator, and there were all of these condiments,” the unnamed NYPD official also told the New York Post.