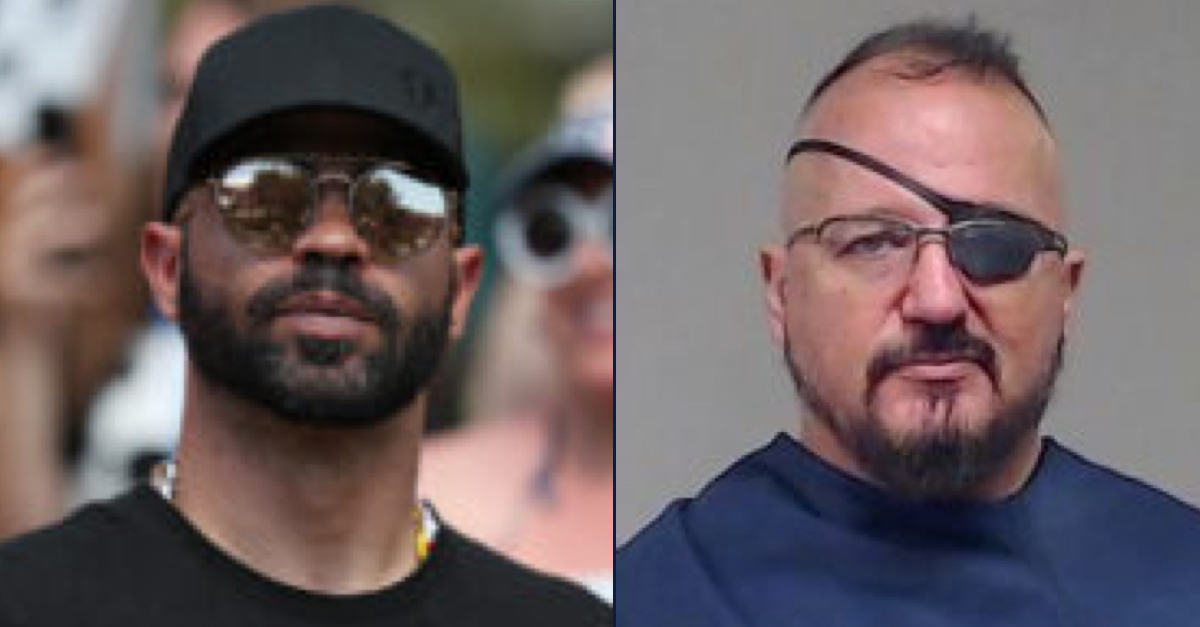 Federal authorities have charged Enrique Tarrio, the leader of the right-wing Proud Boys extremist group, and four co-defendants with seditious conspiracy in connection with the Jan. 6 attack on the U.S. Capitol.

Tarrio, 38, is believed to have created a “special chapter” of the Proud Boys known as the “Ministry of Self Defense,” according to prosecutors. The Proud Boys allegedly used the MOSD group to coordinate actions on Jan. 6.

Tarrio was the national chairman of the Proud Boys through at least Jan. 6, the DOJ says.

The seditious conspiracy charge carries a potential prison sentence of up to 20 years upon conviction. It’s widely considered the most serious charge brought so far in the government’s expansive prosecution into the Capitol siege, when thousands of Donald Trump supporters descended on the building in anger over Joe Biden‘s 2020 electoral win.

“On Jan. 6, 2021, the defendants directed, mobilized, and led members of the crowd onto the Capitol grounds and into the Capitol, leading to dismantling of metal barricades, destruction of property, breaching of the Capitol building, and assaults on law enforcement,” the Department of Justice said Monday in a press release Monday. “During and after the attack, Tarrio and his co-defendants claimed credit for what had happened on social media and in an encrypted chat room.”

Tarrio, along with Ethan Nordean, 31, Joseph Biggs, 38, Zachary Rehl, 37, and Dominic Pezzola, 44, have already been charged with conspiracy to obstruct and obstruction of an official proceeding, obstruction of law enforcement during a civil disorder, destruction of government property, and assaulting, resisting, or impeding certain officers.

All of them have been detained in pretrial custody since their arrests.

Pezzola faces an additional charge of robbery of personal property of the United States.

A sixth defendant, Charles Donohoe, 34, pleaded guilty in April to conspiracy to obstruct an official proceeding and assaulting police officers. He is reportedly cooperating with the federal government’s investigation into the Jan. 6 attack.

Authorities have linked Tarrio to Stewart Rhodes, the leader of the right-wing anti-government Oath Keepers extremist group. According to video reportedly taken by a documentary crew the night of Jan. 5, Tarrio, Rhodes, and others met in a parking garage in Washington, D.C., as Tarrio was purportedly leaving the District.

Tarrio wasn’t supposed to be in D.C., having been ordered to stay away following an arrest for burning a Black Lives Matter flag that had been stolen from an historic D.C. church.

But video appears to show Tarrio and Rhodes indeed meeting in a parking garage, shaking hands as though they are meeting each other for the first time. Tarrio’s lawyer, Nayib Hassan, says that the video in fact shows Tarrio meeting with various people to discuss legal representation and actually undermines the government’s claim that Tarrio and Rhodes were working in tandem to coordinate the Capitol attack.

Rhodes was indicted on seditious conspiracy charges in January. He is currently part of an 11-defendant case that is set to go to trial later this year.

Neither Rhodes nor Tarrio are charged with actually entering the Capitol building.

Read the superseding indictment, below.