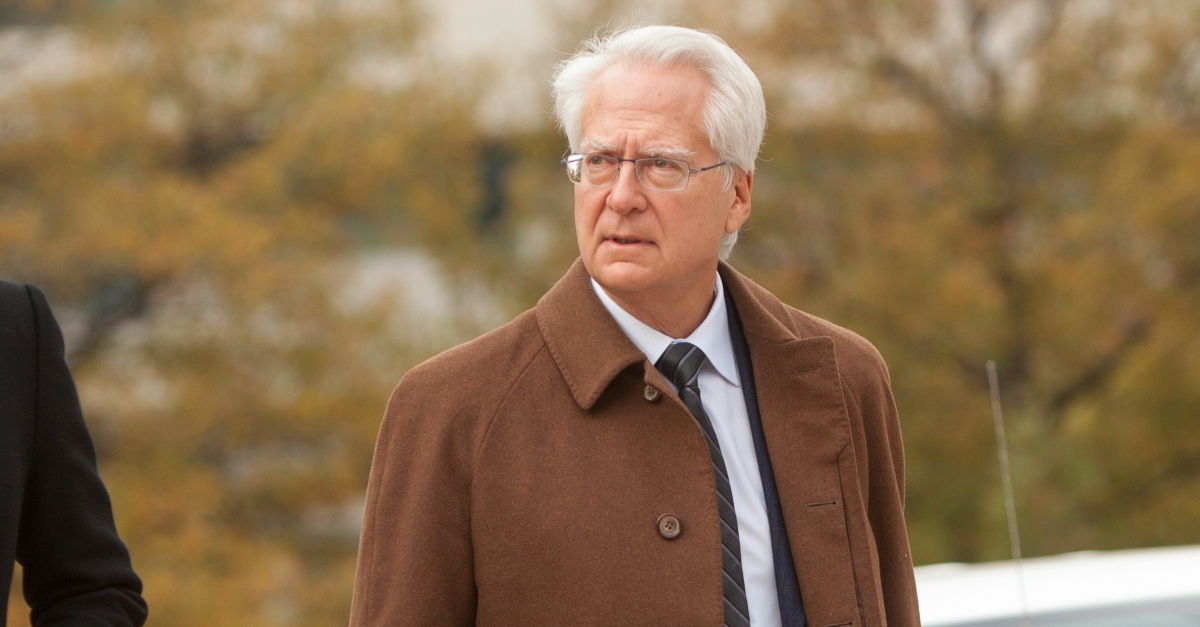 The last time we checked in on Larry Klayman, he had conducted a deposition of Roger Stone that will not soon be forgotten. This time he is taking on China.

According to a class action lawsuit Klayman filed in the U.S. District Court for the Northern District of Texas on Tuesday, China should pay up at least $20 trillion dollars whether it intentionally or unintentionally caused the global COVID-19 pandemic.

Klayman is a conservative lawyer who has represented George Zimmerman in a lawsuit against Trayvon Martin’s family, Laura Loomer, and Jerome Corsi, to name a few. He founded conservative groups Judicial Watch and Freedom Watch, and once explored a Senate run in Florida in the early 2000s.

Klayman, Freedom Watch, Buzz Photos (a Texas business that has lost substantial business as a consequence of the pandemic), and members of the class sued the People’s Republic of China, the People’s Liberation Army, the Liberation Army’s Major General Chen Wei, the Wuhan Institute of Virology, and Director of the Wuhan Institute of Virology Shi Zhengli.

The lawsuit made clear from the very start what it was all about: “CLASS ACTION COMPLAINT CONCERNING MASSIVE DAMAGE CAUSED BY DEFENDANTS AS A RESULT OF CLOVID-19 RELEASE FROM AN ILLEGAL AND INTERNATIONALLY OUTLAWED BIOWEAPONS FACILITY IN THE CITY OF WUHAN OF THE PEOPLE’S REPUBLIC OF CHINA.”

Klayman alleges that COVID-19 was “designed by China to be a biological weapon of war.” Whether or not China intended to release it, Klayman claims that China violated “U.S. law, international laws, treaties and norms.”

“Because China has agreed by treaty to outlaw such weapons, these actions cannot be official governmental actions of the People’s Republic of China and are not subject to any possible claim of legal immunity from suit,” the lawsuit said. “Although the actual release of the COVID-19 bioweapon appears to have been unintentional and not intended to be released in the laboratory’s backyard, the purpose of maintaining the virus within the laboratory was to use it to kill U.S. citizens and other persons and entities in nations perceived to be an enemy of China.”

“COVID-19 is an extremely dangerous disease, because it has an extremely aggressive nature, was designed to mutate from person to person, spreads very quickly and easily, no vaccine exists yet on account of it being a new disease, the means of transmission are not fully known with certainty, and treatments are only just being worked out, and the disease appears to be about ten times as deadly as the flu,” the lawsuit continued. “COVID-19 was designed by China to be a very “effective” and catastrophic biological warfare weapon to kill mass populations.”

For its “callous and reckless indifference and malicious acts,” China should pay at least $20 trillion dollars, Klayman argued.

Klayman said there were six causes of action: aiding and abetting the risk of death or serious bodily injuries to U.S. citizens, provision of material support to terrorists, conspiracy to cause injury and death of U.S. citizens, negligence, wrongful death, assault and battery.

A similar class action lawsuit was filed (not by Klayman) last week in Florida. It alleged that China covered up the pandemic in its own economic interest.

Klayman lawsuit against China by Law&Crime on Scribd