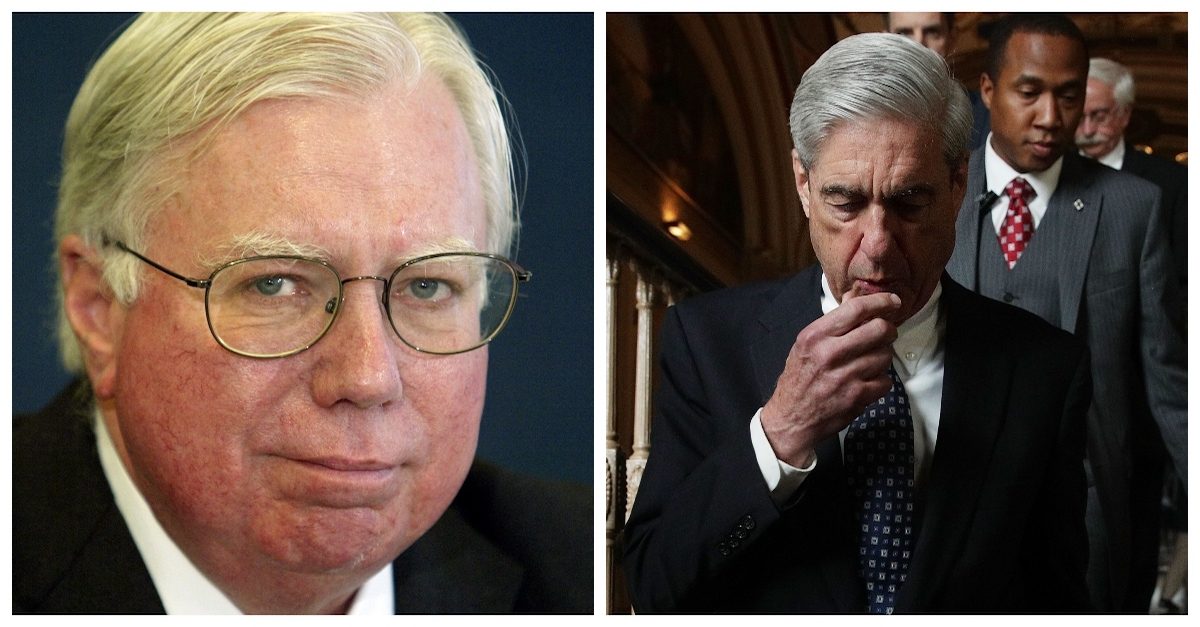 A federal judge on Thursday dismissed right-wing conspiracy theorist Jerome Corsi’s lawsuit against Robert Mueller, ruling that Corsi lacked standing, that the lawsuit was never properly served, and the complaint failed to state any valid claims against the former special counsel.

The lawsuit, initially filed late last year, claimed that Mueller and several other government actors unlawfully pressured Corsi to perjure himself, alleging that the government coerced him to lie that he acted as a conduit between longtime Trump confidant Roger Stone and WikiLeaks founder Julian Assange.

In a 42-page opinion, U.S. District Judge Ellen Huvelle, an appointee of President Bill Clinton, meticulously dismantled each of Corsi’s proposed causes of action and highlighted the fact that his attorney’s service of the lawsuit was insufficient, as it was delivered more than a month after the date required by law.

As a threshold matter, Huvelle ruled that the complaint did not allege sufficient facts to establish proper standing, stating that Corsi failed to plead an actual or imminent injury because the claim that he was unlawfully surveilled by the government “relie[d] on a highly attenuated chain of possibilities.”

Huvelle then turned her sights to Corsi’s lawyer Larry Klayman, castigating the attorney for persistently disregarding the Court’s previous rulings on claims of illegal surveillance.

“Despite the fact that his prior claims of illegal surveillance under PRISM have consistently been rejected, plaintiff’s counsel persists with an even more deficient allegation here—that Corsi ‘routinely speaks with persons located overseas in regions that are surveilled under PRISM.’” Huvelle wrote. “This type of claim has been rejected by the Supreme Court in Clapper and in the three cases that plaintiff’s counsel has brought in this Court. Accordingly, there is no basis for the Court to find standing in this case.”

Huvelle was similarly unkind to the fact that Corsi buttressed his allegation that Mueller unlawfully leaked secret grand jury material to the press with citations to news articles from ABC News and The Daily Caller — neither of which supported the claim.

“The ABC News article merely suggests a reason for Mueller’s interest in Corsi and asserts that he has evidence that may prove a fact but does not reveal what that evidence is,” she wrote. “The article explicitly references Mueller’s ‘case,’ indicating that the information relates to his investigation and not to the grand jury’s investigation. Moreover, the article does not attribute any information to Mueller or anyone else associated with the grand jury investigation.”

Her analysis of the Daily Caller article was even more critical.

“Corsi alleges that the Daily Caller Article contains information on matters occurring before the grand jury because it ‘report[s] . . . that a physician known as Dr. Mendelsohn and others who received cancer treatment by him . . . were subpoenaed to appear before the Mueller grand jury.’ But this allegation is flatly contradicted by the article, which names only Corsi, and no one else, as having been subpoenaed by the grand jury. And the article identifies Corsi, not Mueller or his staff, as the source of that information.”

In an email to The Hill, Klayman said he plans on appealing the ruling.

“Judge Huvelle’s ruling was largely politically influenced and sadly comes as no surprise,” he said. “In today’s world, the elite establishment club in Washington, D.C., are ‘protected species,’ who are above the law. The American people are beginning to understand and it is a dangerous situation when the judiciary provides cover for the elite and powerful.”

Corsi Opinion by Law&Crime on Scribd