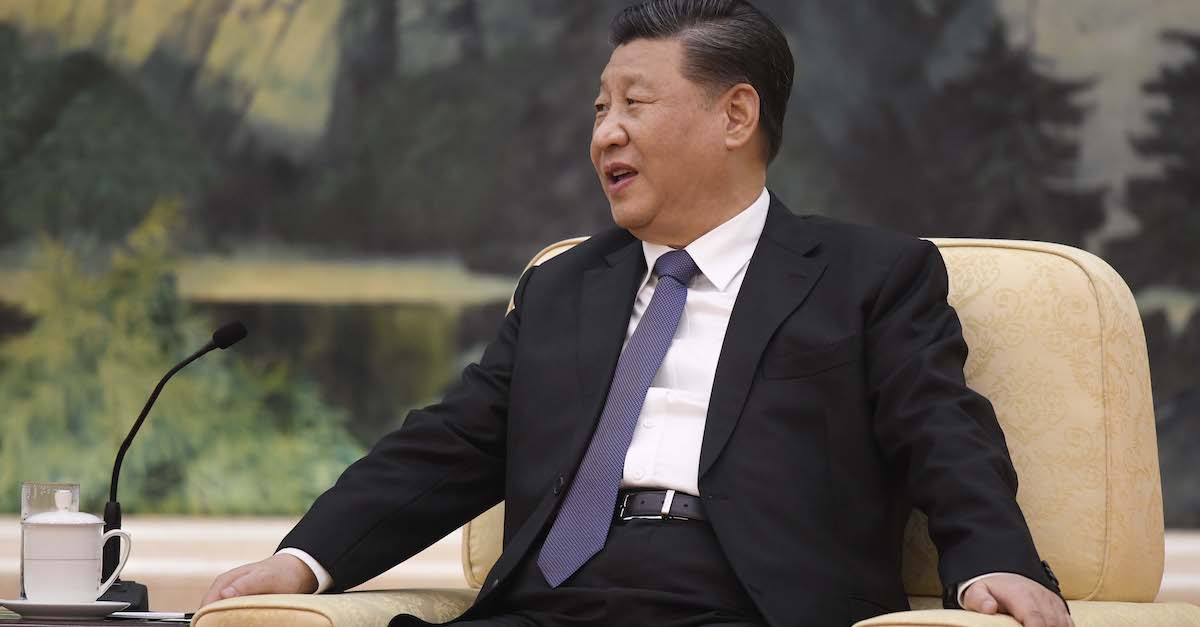 Chinese President Xi jinping speaks during a meeting with Tedros Adhanom, director general of the World Health Organization, at the Great Hall of the People in Beijing, China, January 28, 2020.

A class-action lawsuit was filed in the U.S. District Court for the Southern District of Florida on Thursday against the People’s Republic of China (PRC), alleging that China put its “head in the sand, and/or covered […] up” the eventual coronavirus COVID-19 pandemic for its “own economic self-interest”–at the expense of the rest of the world.

“The PRC and other Defendants, acting from their own economic self-interest and looking to protect their place as a super-power, failed to report the outbreak as quickly as they could have; underreported cases; and failed to contain the outbreak despite knowing the seriousness of the situation,” the lawsuit said.

To support their claims, the plaintiffs cited a number of China’s “acts and omissions” in it its response to the virus:

a. Censored eight doctors on January 1, 2020, from speaking about the outbreak and its dangers.
b. Even after the first death on January 9th, they continued to downplay the dangers and assured the public that the situation was not serious and that everything was under control.
c. It took 17 days from the time Chinese researchers discovered the COVID-19 genome sequence for Defendants to report the findings to their world-wide peers.
d. They knew COVID-19 was spread human to human by January 3rd, but told the public otherwise, and would not confirm the ease of human to human transmission until January 20th, after the virus had already spread beyond China.
e. China President Xi Jinping originally stated that he directed officials to contain the virus on January 7th, but it has since emerged that he did not do that, and that he actually waited until January 22nd to do direct containment, and still did not make any efforts public until it was too late.
f. Despite early January deaths, they would only attribute the deaths to pneumonia, instead of the virus, and continued to downplay its dangers.
g. Wuhan’s leaders held a public dinner for over 40,000 families on January 18, despite knowing the ease of human to human spread of the virus.

Plainftiffs Logan Alters, Marta Reyes, Lawrence Wood, Stephen Clyne, and Pitching Lab LLC, accused China of “indecent and immoral” conduct that has “violated rights, subverted public order in the United States and Florida […] and has caused annoyance, inconvenience and damage to the public”; they are demanding recompense for such damages.

“As a direct and proximate result of Defendants’ nuisance, as described herein, Named Plaintiffs and the members of the classes have been injured and harmed, and have suffered damages and economic harms, and seek actual, special, and compensatory damages,” the lawsuit said.

The plaintiffs want a jury trial, which seems like a pipe dream right now when you consider widespread court closures and chaos. They also want to explore whether the Chinese government’s “bio-weapon research labs” are to blame for the pandemic:

[T]he National Biosafety Laboratory at the Wuhan Institute of Virology — is, at its name suggests, in Wuhan, and is close in proximity to the marketplace where COVID-19 allegedly originated. It is considered China’s only “level 4” microbiology lab – meaning it deals with the deadliest of viruses. An alternative theory here is that COVID-19 escaped from the Wuhan lab because of lax controls, or that Chinese researchers sold lab animals to the marketplace in question, as researchers have been known to do in China, instead of cremating them as PRC law requires. In either case, such conduct, as an alternative theory, has caused the pandemic.

You can read the filing below (h/t WFLX).