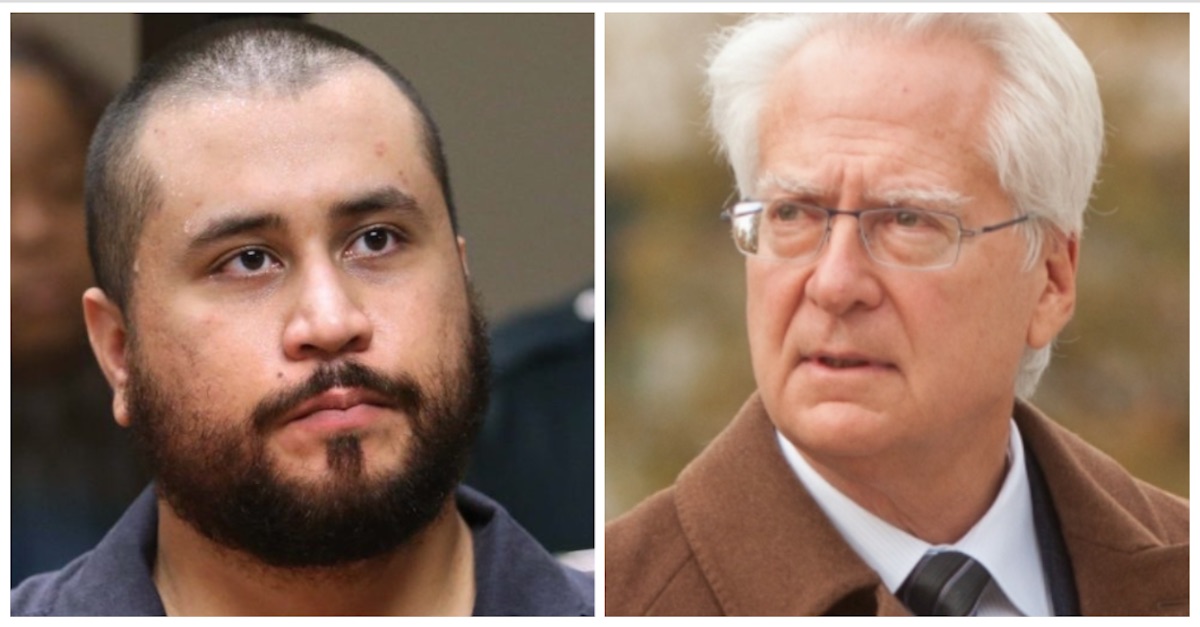 Zimmerman, a former neighborhood watch volunteer who fatally shot and killed unarmed teen Trayvon Martin, was controversially acquitted of second-degree murder and manslaughter in 2013. Many other controversies followed.

“It was racial,” Jeantel testified about the altercation. “Let’s be honest. Racial. If he were white, if Trayvon was white and he had a hoodie on, what would happen?” she asked. Zimmerman and his lawyers argued that he was guilty only of acting in self-defense.

Now, through an attorney, Zimmerman complains the numerous defendants engaged in a conspiracy against him to prop up Jeantel, an “impostor and fake witness”:

Defendants (except HarperCollins), each and every one of them, instituted, ordered, commanded, conspired, and covered up the illegal substitution of Defendant Eugene, a legitimate phone witness to the days, hours and minutes before the death of Trayvon Martin, with Defendant Jeantel, an imposter and fake witness, who told a made to order false storyline to prosecutors in order to cause Zimmerman to be arrested, tried, and convicted for second degree murder and sentenced to life in prison in a case that had already been investigated and closed by the Sanford, Florida police department, and after they had already exonerated Zimmerman, having concluded Zimmerman had acted in self-defense with no probable cause for arrest based on eye-witness testimony, physical evidence, and 911 audio recordings.

The lawsuit said that the book title was “reckless, racially charged, inflammatory and defamatory” and that “the title of the book is reasonably understood to refer to Plaintiff Zimmerman.”

“This creates the false implication that Plaintiff Zimmerman participated and participates in the ‘genocide of colored people,'” Klayman continued, saying, “So reckless was Defendant HarperCollins desire to sell books, it even used the racist term ‘Colored People.'”

Klayman then went on to catalogue at length the “Facts Pertaining to Plaintiff Zimmerman’s Injuries,” including an attempt on his life and the abandonment of his attorney aspirations:

Defendants (except HarperCollins), each and every one of them, working together in concert, caused Zimmerman to be unjustly arrested, charged, and prosecuted for second degree murder by the State of Florida and also caused Zimmerman to be the subject of a 2-year civil rights investigation by the Department of Justice. These caused Zimmerman to suffer great mental anguish, resulting in Zimmerman requiring professional treatment by psychologists for anxiety, depression, insomnia, and weight gain. Zimmerman was formally diagnosed with depression as well as PTSD and PTSS which he suffers from and remains in treatment for to this day.

Because of the arrest, charges, prosecution and federal investigation, Zimmerman lives in constant fear of physical harm due to regular death threats, which often are expressed in rap music as well as online social media commentary. In 2015, a man named Matthew Apperson attempted to murder Zimmerman by shooting a bullet at him that missed his head by inches. Apperson was sentenced to 20 years in prison.

Plaintiff Zimmerman was kicked out of college and had to abandon career plans to become an attorney.

Plaintiff Zimmerman has suffered nearly a complete loss of income as he cannot find work because of his “infamy” and legitimate fears by employers of violence and boycotts on their company. Because of the arrest, charges, prosecution and federal investigation, Zimmerman is unable to live a normal life. Zimmerman cannot circulate as a normal person in public. Zimmerman is unable to date; he was kicked off of several dating websites.

Plaintiff Zimmerman lives in constant fear of attack. He often receives constant death threats when he appears in public.

Plaintiff Zimmerman has suffered severe loss of reputation, goodwill, and past, present, and future loss of income, earning, and other financial damage.

In a statement obtained by Law&Crime, Crump said he was speaking on his own behalf, and on behalf of Fulton and Martin.

“I have every confidence that this unfounded and reckless lawsuit will be revealed for what it is – another failed attempt to defend the indefensible and a shameless attempt to profit off the lives and grief of others,” Crump said. “This plaintiff continues to display a callous disregard for everyone but himself, revictimizing individuals whose lives were shattered by his own misguided actions. He would have us believe that he is the innocent victim of a deep conspiracy, despite the complete lack of any credible evidence to support his outlandish claims.”

“This tale defies all logic, and it’s time to close the door on these baseless imaginings,” he added.

Editor’s note: Law&Crime isn’t including the filing here because it contains addresses of defendants.