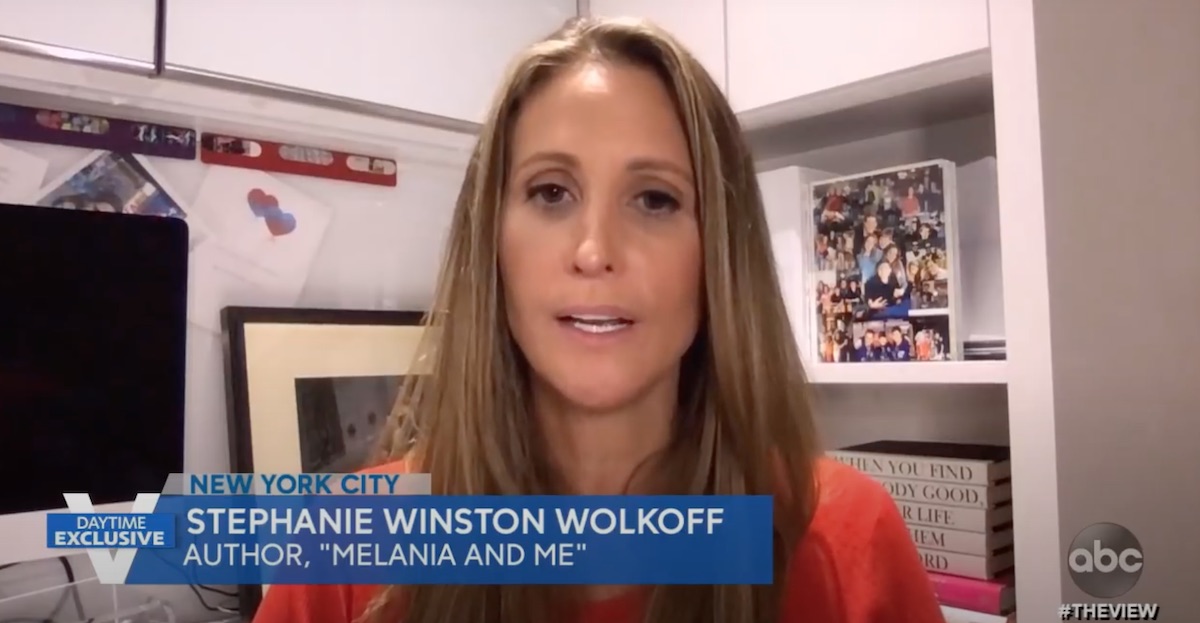 The Biden administration’s Department of Justice on Monday dropped a lawsuit that the Trump-era DOJ filed on behalf of former First Lady Melania Trump against her former friend and adviser Stephanie Winston Wolkoff.

The Oct. 2019 lawsuit claimed that Wolkoff violated “contractual obligations and fiduciary duties,” but Wolkoff and her lawyers said all along that the lawsuit was merely a taxpayer-funded effort to punish Wolkoff for penning the tell-all book, Melania and Me: The Rise and Fall of My Friendship with the First Lady.

Wolkoff ruffled White House feathers by playing a recording of Melania Trump on CNN in early Oct. 2019. In that audio, a frustrated first lady can be heard saying: “who gives a fuck about Christmas stuff and decorations?” Additional audio revealed Melania Trump discussing the “I really don’t care, do u?” jacket that the then-first lady wore before visiting detention centers in Texas, where children who had been separated from their undocumented immigrant parents were being held.

“So what prompted you to want to buy that jacket?” Wolkoff asked.

“I’m driving liberals crazy. That’s for sure,” Melania Trump responded. “And that, you know, that’s — and they deserve it. You understand? Everybody is like oh, my god this is the worst. This is the worst. After, I mean come on, they are crazy. Okay?”

At the time, Stephanie Grisham said on then-FLOTUS’s behalf that “It’s a jacket” and “There was no hidden message.”

“After today’s important visit to Texas, I hope the media isn’t going to choose to focus on her wardrobe,” Grisham said.

Melania Trump confirmed months later that the jacket was, indeed, “for the people and for the left-wing media who are criticizing me.”

“I want to show them that I don’t care. You could criticize whatever you want to say, but it will not stop me to do what I feel is right,” she told ABC News. “It was kind of a message, yes. I would prefer that they would focus on what I do and on my initiatives than what I wear.”

“It’s obvious I didn’t wear the jacket for the children,” she added.

Wolkoff also worked on the 2017 Trump inauguration and has since cooperated with investigations into inauguration committee spending. Wolkoff also dished on Melania Trump’s use of private email accounts while first lady.

All told, there were many reasons why Donald Trump and Melania Trump would want to make Wolkoff go through some things, if you will. But lawyers criticized the lawsuit from the start and predicted that the “meritless” suit would be “dead on arrival” after Wolkoff’s motion to dismiss in late Dec. 2020.

Wolkoff’s lawyers said that the Trump administration was encroaching on her “First Amendment right to freedom of expression”—solely to “pursue entirely personal goals and interests” of the Trump family.

The Biden administration kept it simple in the Monday notice of voluntary dismissal. 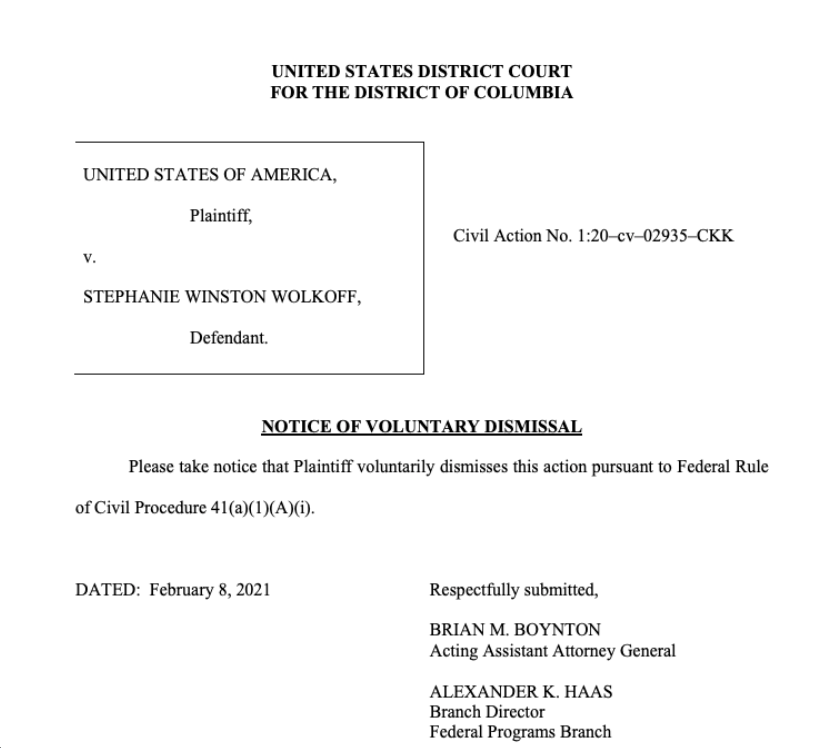