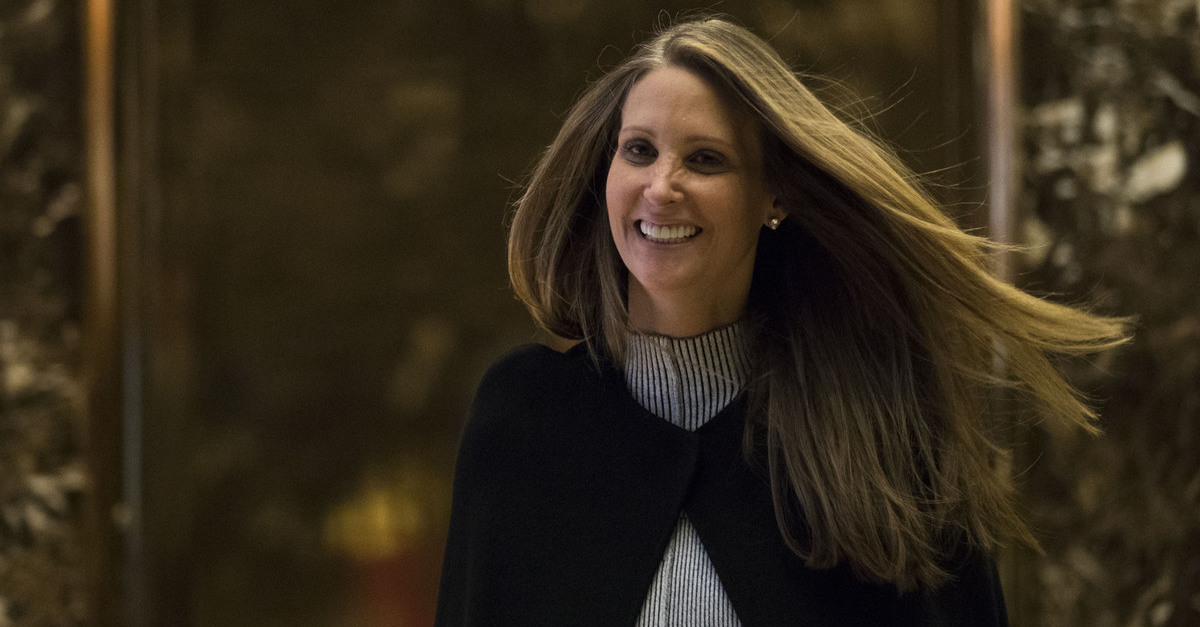 The U.S. Department of Justice (DOJ) on Tuesday filed an odd civil complaint against First Lady Melania Trump’s former policy advisor Stephanie Winston Wolkoff over the recent publication of an embarrassing tell-all memoir about her time in the East Wing.

Government attorneys Jeffrey A. Hall and Elliott M. Davis with the DOJ’s Civil Division filed the 17-page complaint against Wolkoff in the U.S. District Court for the District of Columbia alleging that the author violated her “contractual obligations and fiduciary duties.”

“This is a complete abuse of the Justice Dept to pursue this case for personal reasons,” said whistleblower attorney Mark Zaid via Twitter. “And it’s legally unenforceable.” Zaid represented the Ukraine whistleblower whose complaint led to the impeachment of President Donald Trump; he currently represents DHS whistlelblower Brian Murphy.

Other legal experts had similarly astounded-cum-dismissive takes on the “extraordinary” filing.

Zaid’s colleague and fellow national security attorney Bradley P. Moss sarcastically offered Mrs. Trump some “light reading” by linking to an article explaining why the White House’s highly-publicized and similar efforts against former Apprentice star Omarosa Manigault-Newman were doomed to failure—unlike the litigation against former National Security Advisor John Bolton. Bolton is accused of disclosing classified information in his book and skirting the prepublication review process, in violation of nondisclosure agreements he signed with the United States.

The DOJ claims that Wolkoff violated her non-disclosure agreement (NDA) and that she published “confidential government information without authorization” from the relevant authorities. The government wants a judge to impound all the proceeds from her book, Melania and Me: The Rise and Fall of My Friendship with the First Lady, as a consequence of those alleged violations.

The author’s primary sources have already caused a stir.

Earlier this month, Wolkoff played a recording of Melania Trump on CNN. In that audio, the first lady can be heard complaining: “who gives a fuck about Christmas stuff and decorations?”

Additional audio showed Melania Trump delighting in glee after upsetting opponents of her husband’s family-separation policies by wearing a jacket that expressed her lack of “care” over the harsh immigration scheme.

The administration has apparently responded to those scandals by waging a battle in the courts.

Ms. Wolkoff agreed, among other things, “that [she was] specifically prohibited from publishing, reproducing or otherwise divulging any such information to any unauthorized person or entity in whole or in part.” She also promised not to disclose her “work with FLOTUS and [the Office of the First Lady] . . . to any person or entity to whom disclosure has not been authorized in writing by FLOTUS, the Chief of Staff to the First Lady or the Office of the White House Counsel,” and to refrain from “us[ing] or referenc[ing] [her] gratuitous services in connection with any merchandising or other commercial activity.”

“Ms. Wolkoff never submitted a draft of the book to the First Lady, her Chief of Staff, or the Office of White House Counsel and never received authorization to disclose any information she learned pursuant to her work under the Agreement,” the filing continues. “The book, however, discusses in detail Ms. Wolkoff’s work under the Agreement as an advisor to the First Lady, including involvement. in personnel decisions in the Office of the First Lady, work on the First Lady’s ‘Be Best’ initiative, and engagement in conversations with the President of the United States. These topics fall squarely within the category of materials that, under the terms of the Agreement, Ms. Wolkoff expressly agreed not to divulge without obtaining written authorization.”

The complaint goes on to make much hay out of the first lady’s importance in official White House affairs and for the nation in general.

“The First Lady has historically played an important role in assisting the President with discharging his official duties and responsibilities,” the filing says. “Although the duties of First Ladies have varied over time, they have typically involved assisting the President with hosting foreign dignitary visits to the White House, planning official events, pursuing initiatives to address domestic issues of public concern, giving speeches, and serving as one of the closest confidantes of the President.”

According to the DOJ, Wolkoff’s tell-all book upset the applecart and threatens the viability of the crucially important services the first lady renders.

In order for the First Lady to fulfill the traditional public role she serves on behalf of the President and the Government, and the essential role that she plays in supporting and facilitating the President’s role as head of state and principal officer over the executive branch, it is critical that the First Lady be able to obtain assistance from individuals in support of her work. And it is particularly important that she be able to do so without fear that those providing assistance to her and to other members of the First Family—and, indirectly through them, to the President— will divulge information provided in confidence that, if divulged, could undermine those critical presidential functions. The traditional role of the First Lady in connection with the President and the Government would be impaired if a confidential advisor could wholly ignore her nondisclosure obligations, voluntarily undertaken.