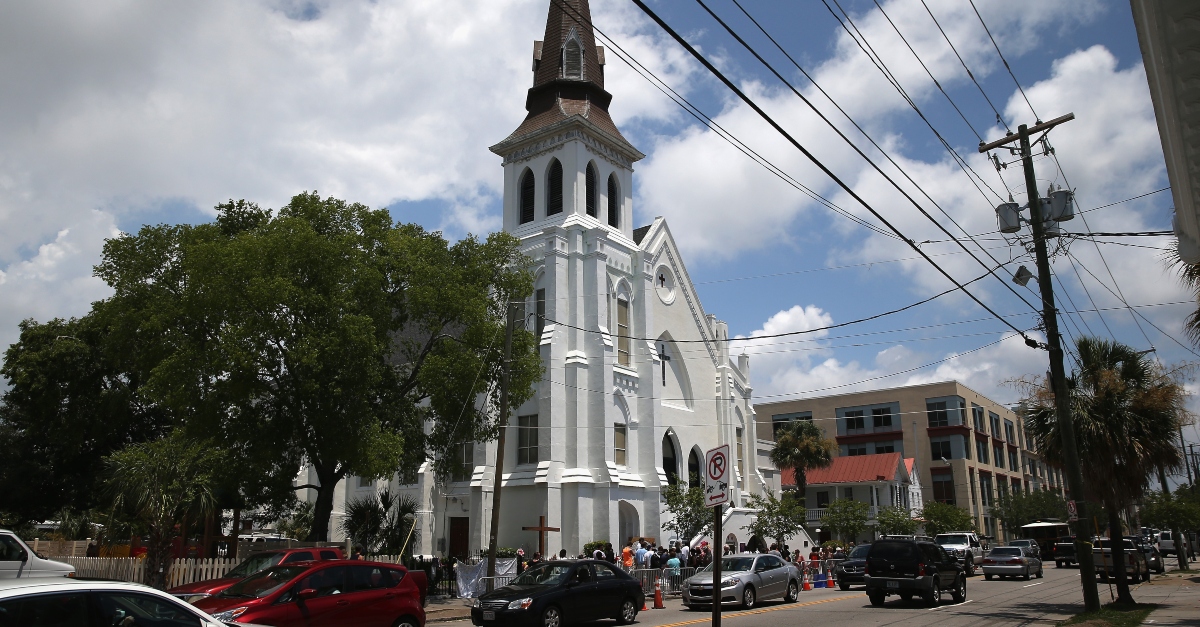 The daughter and the widow of Charleston Church shooting victim Rev. Clementa Pinckney have filed a lawsuit against Meta Platforms, the parent company of Facebook, claiming that the social media giant should be held liable for a design flaw and negligence that allegedly enabled “online radicalization” and “white supremacist propaganda” campaigns orchestrated by a Russian troll farm prior to the massacre.

In addition to naming Meta and Instagram, the lawsuit brought by M.P., a minor, on Wednesday through her mother Jennifer Pinckney, names the Internet Research Agency, Concord Management Consulting LLC, and Russian oligarch Yevgeniy Viktorovich Prigozhin. Longtime Law&Crime readers will recognize Prigozhin as “Putin’s Chef,” a figure former Special Counsel Robert Mueller identified in his report as the funder of a Russian troll farm (see: page 4) which interfered in the 2016 election.

The suit “expressly disclaims all claims seeking to hold the Meta Defendants liable as the publisher or speaker of any content provided, posted, or created by third parties,” with the understanding that such claims would be barred by Section 230.

The theory of this lawsuit, instead, says Facebook’s “defective design” (see also) allowed the Russian troll farm to stoke racial hatred in the U.S. through ads on the platform.

“The Russian Defendants were actively and purposefully seeking to cause an increase in racial tension to cause civil unrest and did so with the knowledge that violence against African Americans more probably than not would occur based solely on their race. The Meta Defendants had a responsibility under civil law to not use their social media platforms to violate the civil rights of African Americans,” says the civil lawsuit, which was filed in South Carolina federal court. “The Meta Defendants knew or should have known when it sold advertisements to the Russian Defendants that the latter were actively and purposefully causing online radicalization of susceptible users.”

“Both the Russian Defendants and the Meta Defendants bear civil liability for the online radicalization of Dylann Roof that led to the targeting and murder of nine innocent people in a place of sanctuary. The targeting of the oldest African Episcopal Methodist Church in the Southern United States (founded in 1817) was meant to send a chill throughout the African American community in our country that not even in their churches would they be safe,” the lawsuit asserted. “It is that attempt to cause widespread fear, intimidation, and intentional emotional distress that makes this violence an attack on all Americans.”

“Plaintiff M.P. sustained physical injuries and endured, and will in the future endure, pain and suffering, mental shock, emotional trauma, mental anguish, and other injuries. Plaintiff M.P. was made to feel unsafe even in her Church which has always been a place of sanctuary,” the filing says. “Due to this event, Plaintiff M.P. has suffered permanent disability and will be required to expend sums of monies for treatment in addition to suffering a loss of enjoyment of life, deprived of the love and companionship of her father, and otherwise damaged.”

“As a direct, proximate, and foreseeable result of the negligent, careless, grossly negligent, and reckless, knowing and/or intentional acts of the Defendants set out above, Reverend Pinckney is dead, and Plaintiff M.P. has suffered severe and permanent injury,” the lawsuit further claims, seeking a jury trial.

Plaintiffs allege that Facebook amplified the visibility of a white nationalist group — namely, the Council of Conservative Citizens — at a time when Roof was googling “black on white crime” in the aftermath of Trayvon Martin’s death in 2012.

The lawsuit alleges, at length:

61. When Roof met Facebook, the platform was already many generations along in its design and sophistication—a design meant to learn Roof (like it does all of its users) and drive his engagement by addicting him to the content it delivers.

62. Roof radicalized online, and Facebook was a factor in that process. At the time Roof radicalized, moreover, Facebook was helping promote racism and hate in the United States. First by allowing white supremacy groups essentially unrestricted access to spread hate and introduce a whole new generation of impressionable young people to ideologies based on hate and racial divide. Facebook also allowed Russian intrusion into our race relations within the United States by allowing numerous fraudulent campaigns on Facebook to incite racial discord and polarization.

63. Stoking racial tensions and promoting tribalism proved, quite distressingly, to fall more in line with Facebook’s profit motives (its mission statement of inclusivity and community notwithstanding). Facebook facilitated, via its platform, a repugnant and fraudulent propaganda attack on African Americans and their role within the fabric of the United States. It did so with knowledge that many third-party advertisings and postings that it sold and disseminated to millions of Americans were false and that identities and associations were being misrepresented by these third parties. It also knew these third parties were purchasing the advertisements to promote racism, division, chaos, and distrust among American citizens.

Referring to the Section 230’s “CDA shield” as a “get-out-of-jail-for-free card for Facebook,” the plaintiffs assert that the tech giant is not immune from the lawsuit.

“[A]s recent decisions have shown, the CDA does not provide blanket immunity to Facebook, especially not where other federal laws have been violated or where liability hinges on defects in the defendants’ own product (not third-party content),” the lawsuit says. “Further, in prior cases where this shield was used successfully, the issues did not involve the suppression of Constitutional or federal statutory rights like the right to vote and/or other civil rights violations and the targeting of a civil rights movement.”