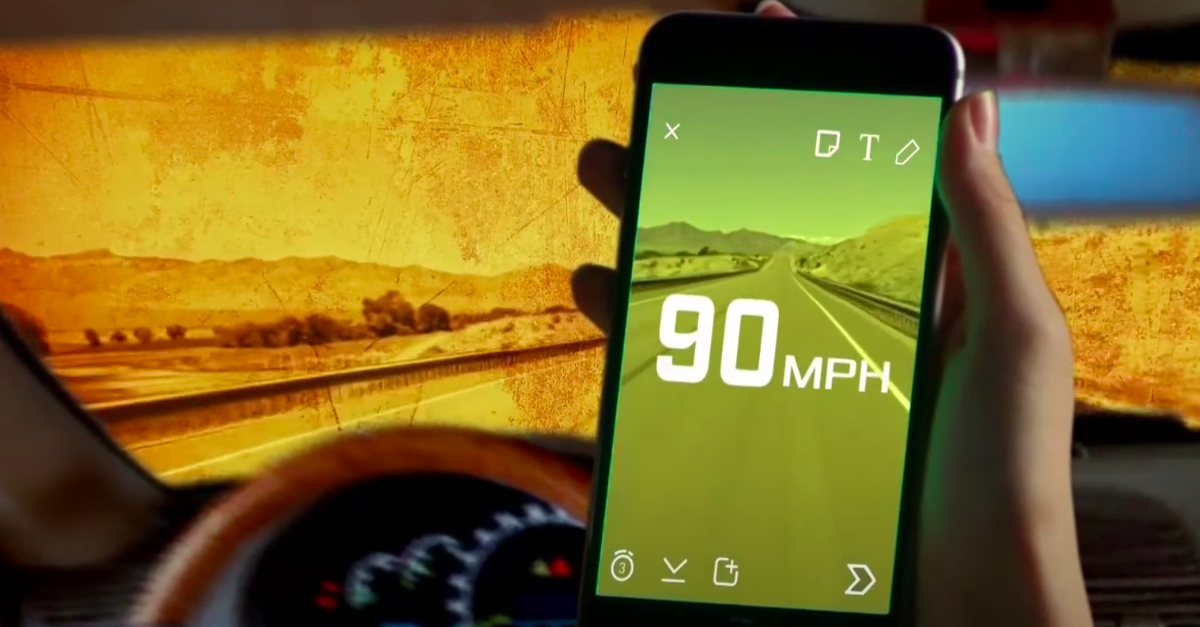 A federal appeals court on Tuesday ruled that Section 230 of the Communications Decency Act does not immunize Snapchat from a lawsuit claiming that its “Speed Filter” contributed to the deaths of two boys who died in a car crash while using the app to record themselves going 123 mph.

The lawsuit was filed by the boys’ surviving parents and alleged that the filter—which essentially functions as a speedometer by capturing a user’s speed within the social media app—was negligently designed and encouraged their children to drive at dangerous speeds.

According to the lawsuit, Jason Davis, 17, Hunter Morby, 17, and Landen Brown, 20, in 2017 were driving at high speeds on Cranberry Road in Wisconsin when the vehicle ran off the road and hit a tree going approximately 113 mph and burst into flames. Just before the crash, Brown had opened the Snapchat Speed Filter on his phone.

Snapchat responded by asserting that the company was protected by Section 230 because the Speed Filter is nothing more than a content creation tool within the platform that requires actual publishing to come from third-party users. In short, the company argued that holding it liable for creating the filter would in effect be making it liable for third-party content in violation of the law.

U.S. District Judge Michael Fitzgerald of the Central District of California agreed, dismissing the case the case in March by reasoning that it sought to treat the company “as the publisher or speaker” of “information provided by another information content provider.”

But a three-judge panel on the U.S. Court of Appeals for the Ninth Circuit on Tuesday reversed Fitzgerald’s decision, reasoning that the central issue in the case concerned Snapchat’s product design, not whether it was responsible for content created and posted by users on the app.

“Plaintiffs’ negligent design lawsuit treated Snap, Inc. as a products manufacturer, accusing it of negligently designing a product (Snapchat) with a defect (the interplay between Snapchat’s reward system and its Speed Filter); thus, the duty that Snap, Inc. allegedly violated sprung from its distinct capacity as a product designer,” the court stated. “In short, Snap, Inc. was sued for the predictable consequences of designing Snapchat in such a way that it allegedly encouraged dangerous behavior. Accordingly, the panel concluded that Snap, Inc. did not enjoy immunity from this suit under § 230.”

According to the court, the difference in the underlying claim was critical because a cause of action against a manufacturer for negligent design requires a markedly different legal analysis than an action brought against a publisher as defined under the Communications Decency Act.

“It is thus apparent that the Parents’ amended complaint does not seek to hold Snap liable for its conduct as a publisher or speaker,” the court wrote. “Their negligent design lawsuit treats Snap as a products manufacturer, accusing it of negligently designing a product (Snapchat) with a defect (the interplay between Snapchat’s reward system and the Speed Filter). Thus, the duty that Snap allegedly violated “springs from” its distinct capacity as a product designer.”

The panel remanded the case back to the district court for further proceedings.