Impeachment Manager: Mike Pence Involved in ‘Cover Up’ of Call with Ukrainian President 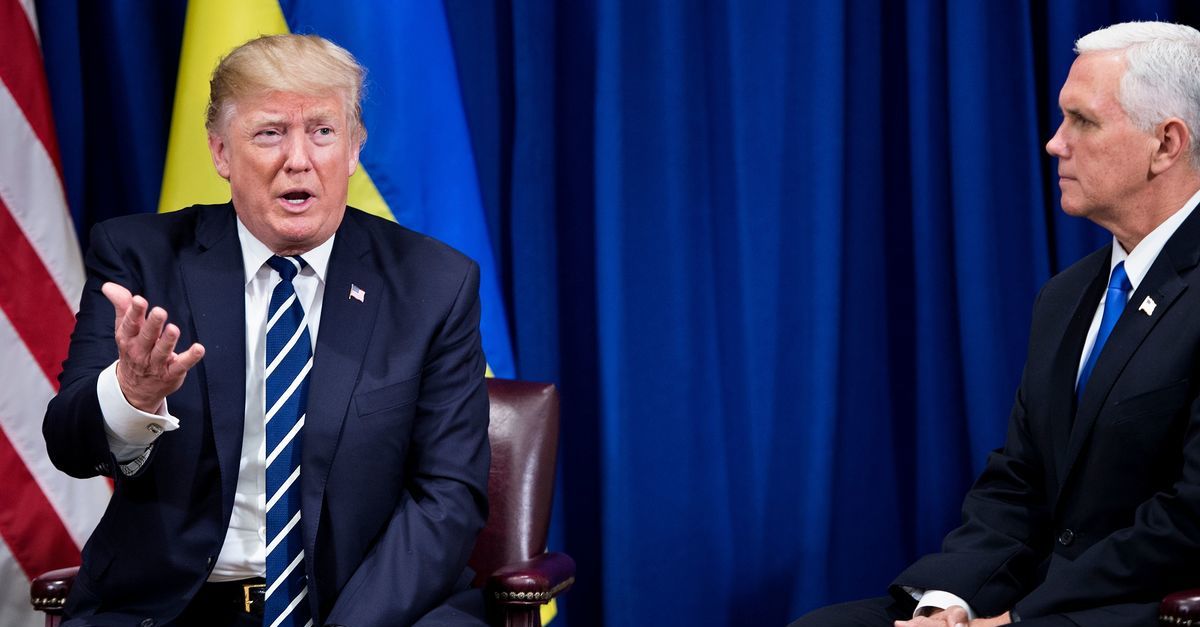 Vice President Mike Pence could swiftly see himself catapulted to the forefront of the impeachment process if Democrats in the House and Senate have their way–and if their public statements as of late are any indication of which way the political winds are blowing.

On September 18, 2019, Pence took a phone call with Ukrainian President Volodymyr Zelensky. That conversation occurred roughly two months after President Donald Trump‘s infamous and “perfect” phone call with the Eastern European leader. No one knows what Pence and Zelensky discussed and the White House has repeatedly resisted calls to de-classify any aspect of that conversation.

Lead impeachment manager and House Intelligence Committee Chair Rep. Adam Schiff (D-Calif.) has made several efforts to have the Pence-Zelensky discussion made available for impeachment investigators–saying that phone call is “directly relevant” to the ongoing inquiry. So far, Schiff’s attempts have all been for nought.

In a December letter to Pence, Schiff said that evidence gathered via classified witness testimony “raises profound questions about your knowledge of the President’s scheme to solicit Ukraine’s interference in the 2020 U.S. presidential election.” Schiff added that the evidence suggested Pence’s communications with the House’s impeachment team may have been “purposefully misleading.”

The testimony in question came from Pence’s top Russia advisor Jennifer Williams. It was submitted in written form, via her lawyer, as a supplement to her in-person testimony in late November 2019. Schiff submitted a de-classification request a week-and-a-half after the supplement was provided to Congress. Pence has continuously stonewalled on the subject–keeping hidden Williams’s words regarding her boss’s discussion with the Ukrainian president.

House Democrats have since pressed the matter–repeatedly and on numerous occasions–to no avail.

“Just left the secure room having read the classified document regarding [Vice President] Pence’s Sept 18 call [with] Zelensky,” Murphy tweeted. “1. Nothing in it is classified. It should be made part of the public record immediately. 2. Hiding evidence of wrongdoing through bogus classification is unacceptable.”

Murphy’s statement renewed the controversy but Rumors of Pence’s potential culpability had already been swirling lately.

“Wow—[Lev] Parnas says [Rudy] Giuliani instructed him to tell Zelensky’s top aide before Zelensky’s inauguration that the ‘relationships would be soured, that we would stop giving them any kind of aid’ if they did not announce Biden probe,” she said via Twitter–offering a play-by-play of Parnas’s blockbuster interview on conspiracy theorist Rachel Maddow‘s eponymous political talk show. “Next day Pence canceled his trip to the inauguration.”

As part of the marathon prosecution efforts against the 45th president, House impeachment manager Rep. Zoe Lofgren (D-Calif.) summed up the Pence-Zelensky-Williams matter in a speech to the Senate Wednesday evening:

The White House blocked Williams from testifying about her refreshed recollections of the vice president’s call when she appeared at the open public hearing. They claimed that certain portions of the September 18 call–including the information that Williams wanted to tell [impeachment investigators] about–were classified. On November 26, she submitted a classified addition to her hearing testimony where she provided additional information about the vice president’s September 18th telephone call with President Zelensky.

“I’ve read that testimony,” Lofgren went on to note. “And I’ll just say: A cover up is not a proper reason to classify a document.”

That highly-sought letter from Williams was admitted into evidence late Wednesday–prompting Thursday’s Democratic Party pile-on. Chief Justice John Roberts made the decision to allow the document’s limited release–but determined that Williams’ one-page letter would “not be made part of the public record.”

Democrats who saw the evidence were quick to grouse about the ongoing lock-and-key situation—and invoking the specter of a concerted cover-up by the GOP.

“It highly corroborates the case that Chairman Schiff has been making and exhibits no apparent reason that it should be classified,” Sen. Sheldon Whitehouse (D-Rhode Island) told Politico. “I’d like to have somebody under oath from the administration [on] how it was made classified and what they say is classified, because I don’t think it’s defensible.”

“There is nothing I can see in that document that justifies its being classified,” added Sen. Chris Van Hollen (D-Maryland).