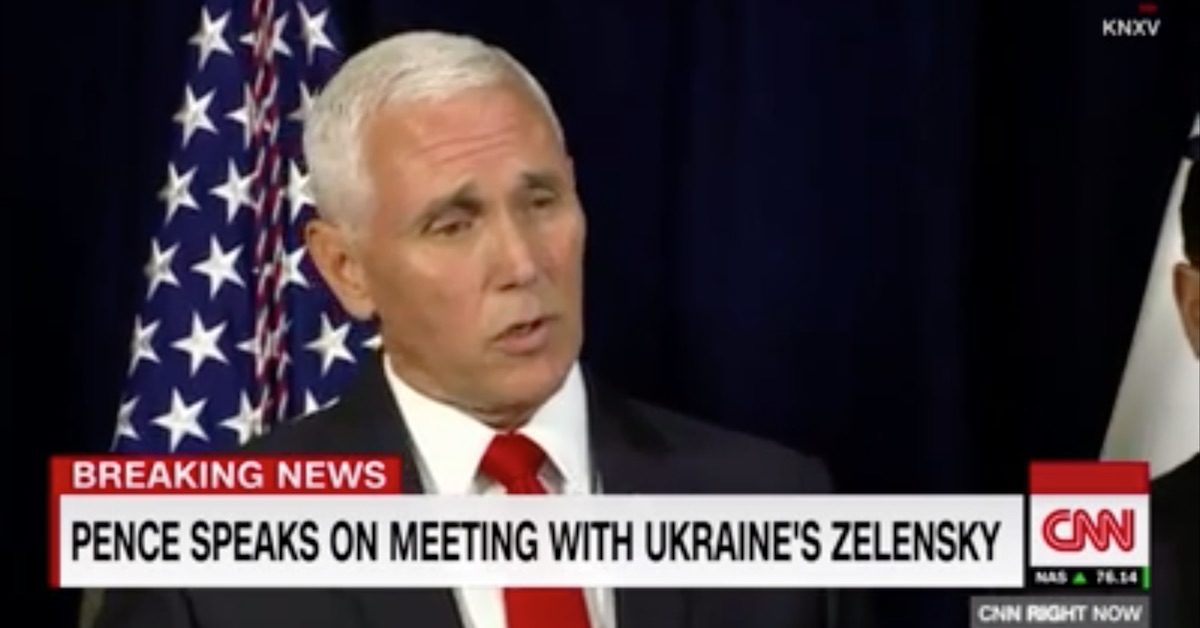 In a letter to the vice president on Tuesday, Schiff said Pence’s rejection of the committee’s request for the supplemental information provided by Pence’s foreign policy advisor Jennifer Williams raised “profound questions” about the veracity of Pence’s statements regarding his knowledge of the president’s efforts to pressure Ukraine to open an investigation into Joe Biden and his son Hunter Biden.

“If the Supplemental Submission accurately describes your September 18 conversation with President Zelensky, however, it raises profound questions about your knowledge of the president’s scheme to solicit Ukraine’s interference in the 2020 presidential election,” Schiff wrote.

Schiff reiterated the importance of the panel’s request for the information, which Pence rejected in a Dec. 11 letter on grounds that it was classified.

“Contrary to your office’s contention that declassification ‘serves no purpose,’ the additional information in the Supplemental Submission is directly relevant to Congress’s consideration of articles of impeachment against President Trump and the Committee’s ongoing investigation of the President’s Ukraine scheme,” Schiff wrote.

Williams initially testified in a behind-closed-doors deposition in November that Pence’s Sept. 18 conversation with Zelensky was a “very positive call,” during which the Vice President told Zelensky that the previously withheld military aid had been released. Williams also testified that the topic of an investigation into the Bidens was not brought up.

Prior to Williams’ public hearing, she recalled additional information about a call between Zelensky and Pence that she wanted to disclose “for the sake of completeness.” Her attorney was informed by Pence’s office that this information was classified.

“Furthermore, your unwillingness to declassify the Supplemental Submission raises the serious question of whether your continuing efforts to obstruct the House’s impeachment inquiry are intended not just to protect President Trump, but yourself as well,” Schiff concluded.