While Giuliani Worked for Trump ‘Pro Bono,’ He Lobbied DOJ on Behalf of Wealthy Foreign Client 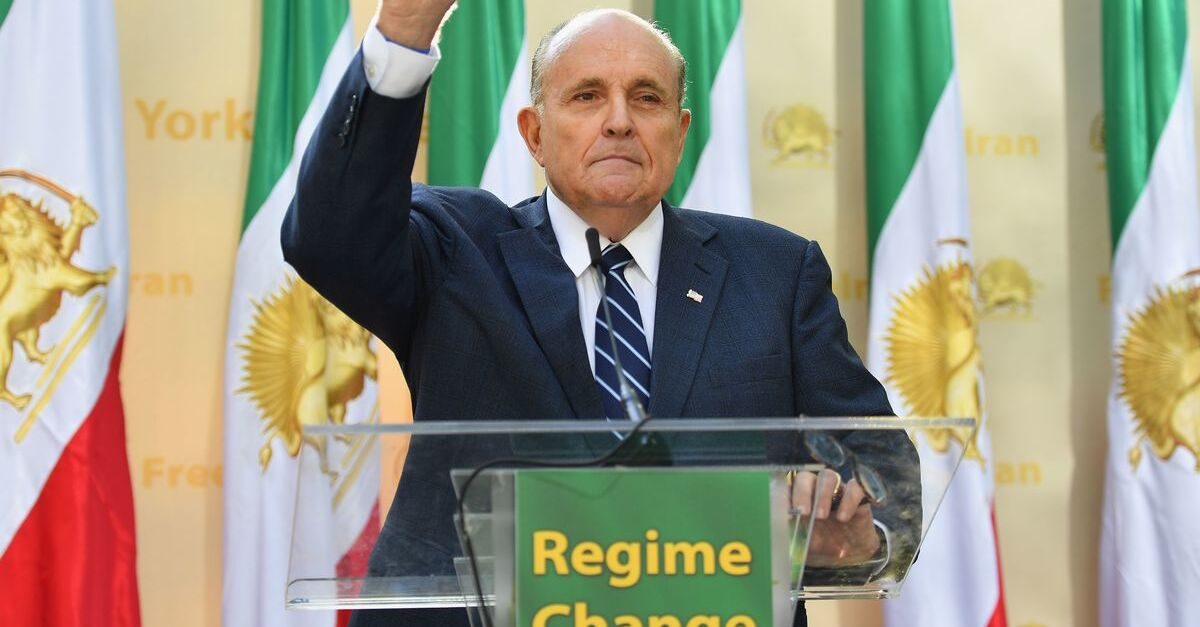 When Rudy Giuliani met with Ukrainian officials in Spain to continue pushing for investigation into Joe Biden this summer, the president’s personal attorney stayed in an exclusive lavish estate built on the site of a castle once used by Spanish royalty. The property belonged to Alejandro Betancourt Lopez, a Venezuelan energy tycoon who had retained Giuliani’s legal services to help stave off Justice Department authorities investigating him for money laundering and bribery, the Washington Post reported Tuesday.

The upshot of the Post’s report is that while Giuliani has worked — he says — “pro bono” for the president, he’s also represented wealthy foreign clients who are in the sights of the DOJ:

Giuliani’s representation of Betancourt — which has not been previously disclosed — is a striking example of how Trump’s lawyer has continued to offer his services to foreign clients with interests before the U.S. government while working on behalf of the president. And it shows how Giuliani — who says he was serving as Trump’s attorney pro bono — has used his work for paying clients to help underwrite his efforts to find political ammunition in Ukraine to benefit the president.

It is not the first time something like this has been in the news. It was previously reported that in 2017 Trump pressed former Secretary of State Rex Tillerson to help convince the Department of Justice to drop a criminal case against Reza Zarrab, 34 — an Iranian-Turkish gold trader and a client of Giuliani’s. Giuliani didn’t join Trump’s legal team until April 2018.

Giuliani reportedly sought former Tillerson’s help in orchestrating a potential prisoner swap with Turkey, even though federal prosecutors had accused Zarrab of “playing a central role in an effort by a state-owned Turkish bank to funnel more than $10 billion worth of gold and cash to Iran, in defiance of United States sanctions designed to curb Iran’s nuclear program.”

That Turkish bank is Halkbank, and on Oct. 15, the DOJ charged Halkbank for “its participation in a multibillion-dollar Iranian sanctions evasion scheme.”

Betancourt is the co-founder of Derwick Associates, an energy company that has reportedly garnered government contracts worth billions of dollars to build new power plants in Venezuela, despite Betancourt having no experience in the industry.

According to the Washington Post, Giuliani was among several other attorneys representing Betancourt in a meeting with the head of the Justice Department’s criminal division Brian Benczkowski and lawyers from the DOJ’s fraud division in September to argue why the billionaire should not be criminally charged in a $1.2 billion money laundering case filed in Florida.

The DOJ criminal complaint filed in July of 2018 alleges that executives of Venezuela’s state-owned oil company, along with bankers and other business executives, engaged in a widespread and complex system of false-investment money laundering, bribery, and embezzlement schemes utilizing high-priced Miami real estate.

Despite several of his business associates being charged, Betancourt was not named in the criminal complaint (though sources told the Miami Herald he is “Conspirator 2,” and charges are still possible in the future).

While Giuliani has longed claimed to be motivated by a “very, very great passion for corruption,” that notion would seem to be at odds with the president’s personal attorney also representing a foreign client accused of corruption in a meeting with U.S. Justice Department officials in Washington.

Giuliani denied any wrongdoing in a text to the Washington Post on Tuesday.

“This is attorney client privilege so I will withstand whatever malicious lies or spin you put on it,” Giuliani said.

Regardless of whom he represents, Giuliani finds himself in particularly alarming legal straits, as federal prosecutors recently issued subpoenas related to his business and associates.

It was reported on Monday that the subpoenas are connected to a widespread investigation into possible obstruction of justice, money laundering, conspiracy to defraud the United States, making false statements to the federal government, serving as an agent of a foreign government without registering with the Justice Department, donating funds from foreign nationals, making contributions in the name of another person or allowing someone else to use one’s name to make a contribution, along with mail fraud and wire fraud.

Giuliani has not been charged with a crime and maintains he has done nothing wrong.