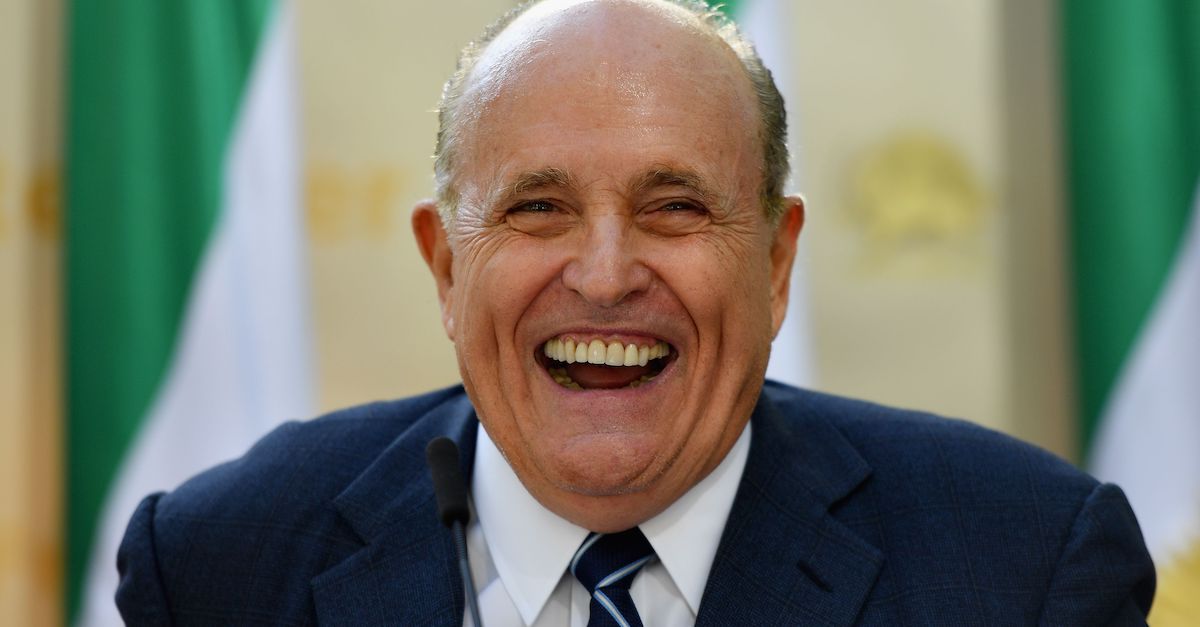 President Donald Trump’s personal attorney Rudy Giuliani hid behind attorney-client privilege that didn’t exist when responding to a New York Times inquiry on Thursday about his past discussions with former Secretary of State Rex Tillerson.

It was reported this week that in 2017 Trump pressed Tillerson to help convince the Department of Justice to drop a criminal case against Reza Zarrab, 34 — an Iranian-Turkish gold trader and a client of Giuliani’s. As the Times reported, Giuliani sought Tillerson’s help in orchestrating a potential prisoner swap with Turkey, even though federal prosecutors had accused Zarrab of “playing a central role in an effort by a state-owned Turkish bank to funnel more than $10 billion worth of gold and cash to Iran, in defiance of United States sanctions designed to curb Iran’s nuclear program.”

Whatever the case, Giuliani didn’t want to get into particulars about his discussion with Tillerson, and cited nonexistent attorney-client privilege to avoid doing so. The Giuliani response to the Times in question:

Mr. Giuliani, in the interview on Thursday, disputed the account provided to The New York Times of his discussion with Mr. Tillerson about Mr. Zarrab — and the assertion that Mr. Tillerson replied that such a step was inappropriate. But Mr. Giuliani did not specify what aspects of the account he found inaccurate, saying he could not discuss the meeting because of attorney-client privilege.

“This is a completely malicious story coming from the consistent attack on me to try to destroy my credibility,” Mr. Giuliani said.

Lawyers were quick to point out Giuliani’s reported response was way off.

I know schooling Rudy Giuliani on legal ethics is a fish-in-a-barrel proposition, but, dude: Conversations you have with a government official to seek action on behalf of your client aren’t attorney-client privileged. Talking to the third party blows up the privilege. pic.twitter.com/98Vi4epQVu

“A meeting between Tillerson and Giuliani wouldn’t be covered by attorney confidentiality rules, which apply only to to confidential communications between lawyers and clients related to legal advice,” Garber told Law&Crime.

“He is just stonewalling, unless he is claiming that he was simultaneously representing Donald Trump at that same time,” Moss said. “This claim of privilege is ridiculous.”