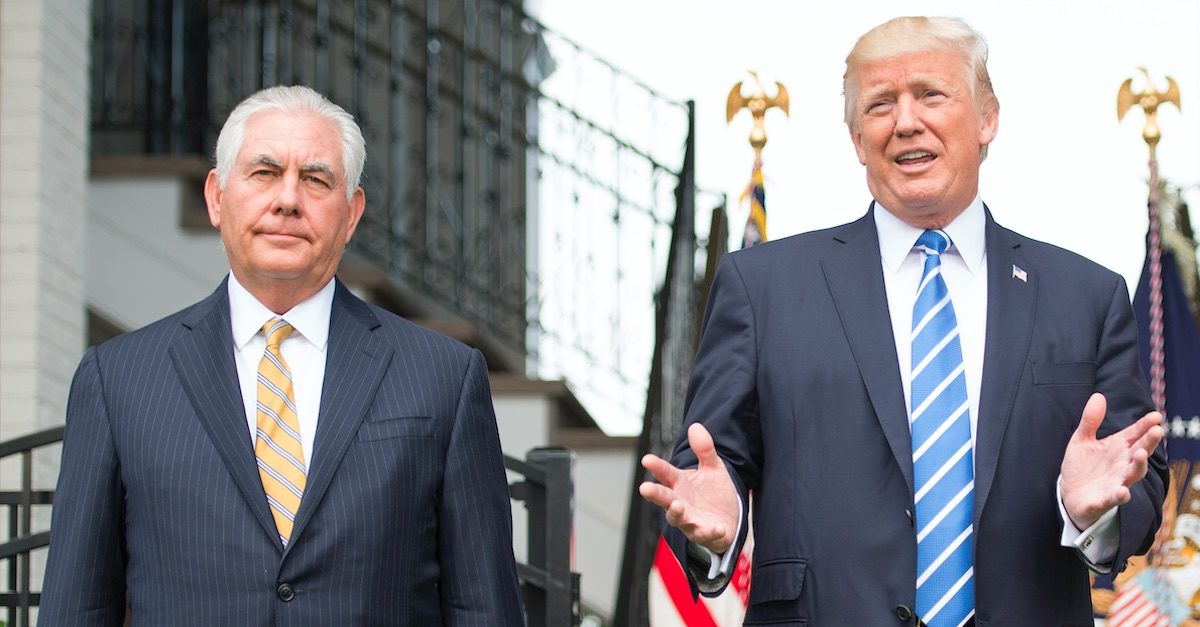 President Donald Trump in 2017 reportedly pressured former Secretary of State Rex Tillerson for his help in convincing the Department of Justice to drop a criminal case against one of Rudy Giuliani’s affluent foreign clients, according to a Wednesday report from Bloomberg.

Trump allegedly requested Tillerson’s help in convincing the DOJ to cease prosecuting Reza Zarrab, 34, an Iranian-Turkish gold trader. It reportedly happened during a meeting in the Oval Office in front of several witnesses. As part of his reported request, Trump asked Tillerson to speak with Giuliani about the case.

According to the report, which was sourced from three people familiar with the interaction, Tillerson rejected Trump’s request and then promptly repeated his protestation to then-Chief of Staff John Kelly, explicitly stating that the president’s request was illegal.

The three sources, who spoke on the condition of anonymity, said that all of the other people present in the Oval Office when Trump made the request were shocked.

The White House declined to comment on Bloomberg’s report; representatives for Kelly and Tillerson also declined to comment. A “person with knowledge of the matter” said that DOJ never considered dropping the case against Zarrab, who also has ties to Trump’s former National Security Advisor Michael Flynn.

It was previously reported that former special counsel Robert Mueller had been looking into whether Flynn and Turkish government officials discussed possible ways to free Zarrab. The latest report comes at a time when House Democrats are running an impeachment inquiry, stemming from allegations that he improperly pressured Ukraine to investigate Joe Biden and his son Hunter Biden.