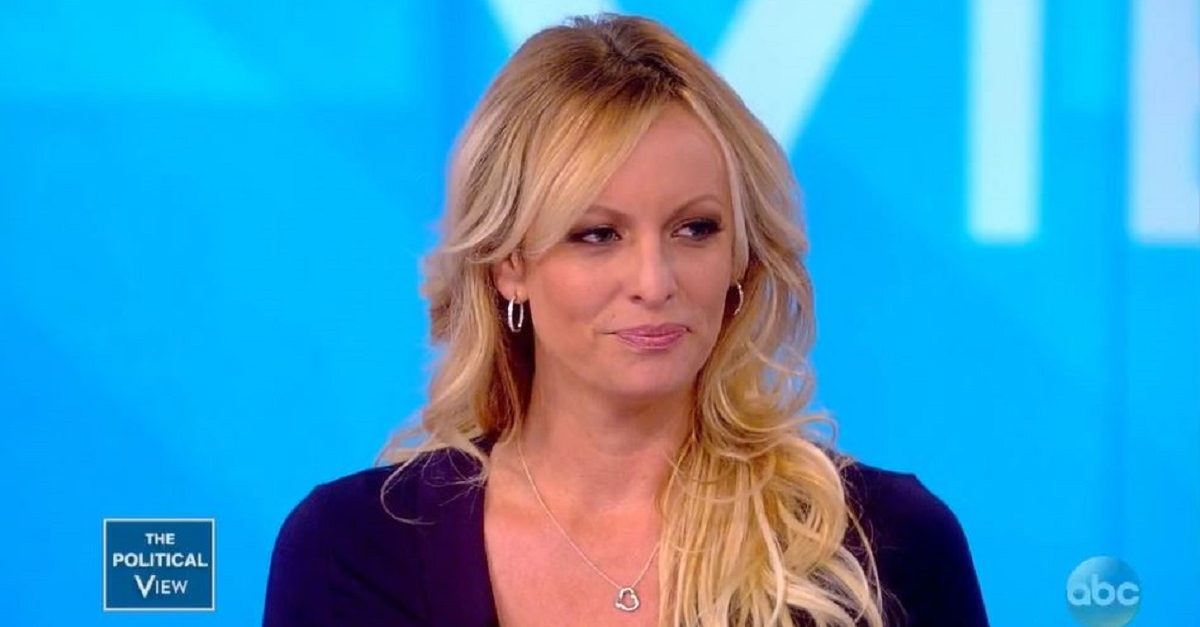 Attorneys (not named Michael Avenatti) representing Stormy Daniels attempted to revive the adult-film actress’s defamation lawsuit against President Donald Trump in federal appeals court Tuesday. Daniels’s lawyers argued that the president was effectively calling Daniels a liar when Trump said her story about being threatened for publicly alleging an affair with him was a “total con job.” Trump’s attorney countered that the president’s statement was mere “hyperbole” and did not amount to a factual claim.

Daniels claimed that an unknown man approached her in a casino parking lot in 2011 and attempted to intimidate her into keeping quiet about her encounters with Trump. She and then-attorney Avenatti released a sketch artist’s rendering of this person.

“A sketch years later about a nonexistent man. A total con job, playing the Fake News Media for Fools (but they know it)!” Trump tweeted after a Twitter user posted a picture comparing the sketch artist drawing with a photo of Daniels’s ex.

Arguing before a three-judge panel on the Ninth Circuit Court of Appeals, the president’s attorney Charles Harder said a previous circuit court’s ruling, which reasoned that Trump’s comment was just “rhetorical hyperbole,” was the correct one.

U.S. Circuit Judge Jacqueline Nguyen, a Barack Obama appointee, pushed back on the assertion, asking Harder if Trump’s tweet could be construed as a statement of fact that Daniels fabricated her claim.

“[Trump] is saying, ‘I don’t believe this’ and that she has credibility issues. It’s the modern-day equivalent of calling B.S. or saying bunk or malarkey or hooey or garbage or I don’t buy it.”

“In essence, Trump is saying Stormy is lying,” she said. “Is that a statement of fact that can be proven later?”

Harder responded by pointing out that Trump never called Daniels a “liar,” nor did he say she was “lying,” saying Trump “didn’t use those words.”

Daniels’s attorney Clark O. Brewster asserted that the president was aware his comment directly implied that Daniels was lying, saying Trump makes such “reckless” statements on a daily basis.

U.S. Circuit Judge Sidney Thomas rounded out the three-judge panel and did not ask any questions.

You can watch the court proceeding below, if that’s what you feel like doing.