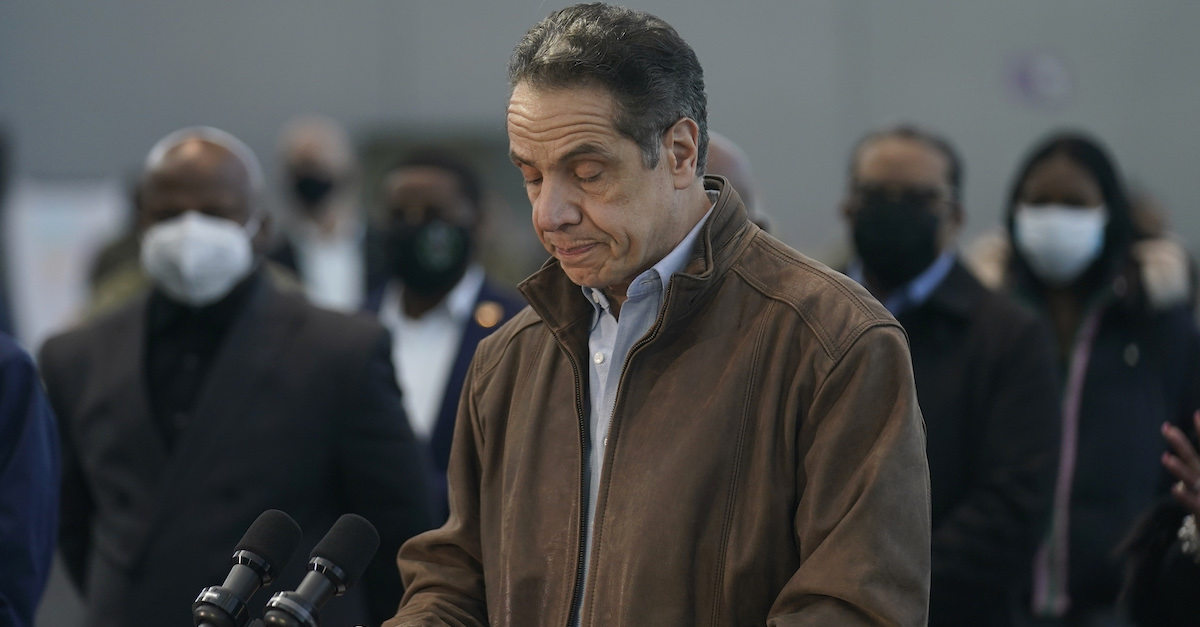 An unidentified sixth woman has accused New York’s Democratic Gov. Andrew Cuomo of inappropriately touching her at the Executive Mansion in late 2020, the Albany Times Union reported Tuesday. The woman, described as a “member of the Executive Chamber staff,” reportedly brought the allegation to a supervisor.

The allegation is that Cuomo touched an aide inappropriately after she “had been summoned to do work” at the governor’s mansion.

“The sixth woman, whose identity is being withheld by the Times Union because she could not be reached for comment, is a member of the Executive Chamber staff,” the report said.

Those claims have now been made by former Cuomo aides Lindsey Boylan, Charlotte Bennett, Ana Liss, Karen Hinton and an unidentified woman. Anna Ruch also accused Cuomo of making an unwanted advance at a wedding, though she had never met him prior to that encounter.

The governor’s office reportedly learned of the latest allegation over the weekend. But on Tuesday afternoon, Cuomo himself denied being aware of the claim and said he “never touched anyone inappropriately.”

Cuomo is asked by @ReporterMarina about the new allegation reported by the TU (https://t.co/y6t2qNLUTO)

He says “I’m not aware of the claim.”

“I never touched anyone inappropriately,” he says. “No one ever told me at the time that I made them feel uncomfortable.”

RELATED: This Week on the ‘Objections’ Podcast: Gov. Andrew Cuomo’s ‘Shakespearean Flaw’ Loses Him Support of His Hometown Paper

Cuomo previously said he “never touched anyone inappropriately,” but apologized for acting in a way that “made people feel uncomfortable.”

Calls for Cuomo’s resignation, even from within his own party, have intensified in recent days. The governor has said there is “no way” he will resign. Meanwhile, Republicans have drafted an impeachment resolution. At the same time, Cuomo’s administration is under investigation for withholding nursing home death data from state legislators amid the COVID-19 pandemic.