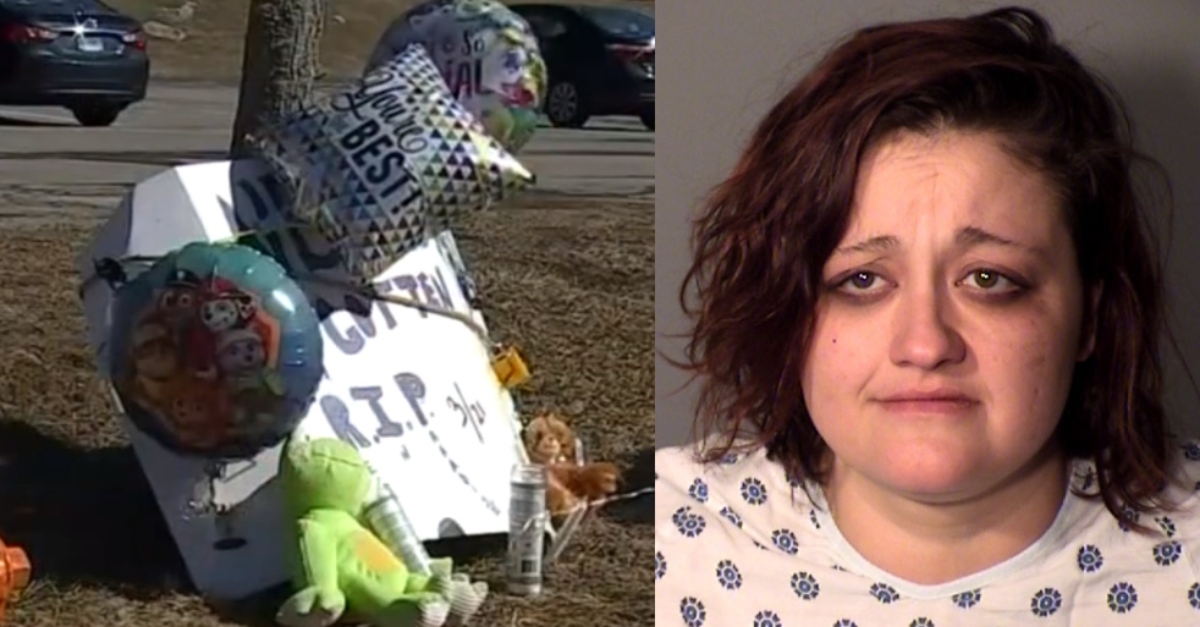 The 4-year-old victim of an alleged murder in New London, Connecticut was identified Monday in a GoFund campaign to pay for his funeral. His name was David “Cash” Jasmin. He was the son of Tiffany Farrauto, 33, the woman charged with killing him.

“On Sunday, March 7, 2021, we lost a sweet baby boy, David (Cash),” said a statement. “He was 4 years old. Due to the sudden and tragic way he was taken, we would like to help his family to be able to pay for the services. This Angel baby deserves a beautiful service and to help eliminate anymore heart ache on the family.”

People left toys, balloons, and other items at a memorial for David during a vigil on Monday.

Farrauto allegedly beat a red SUV with a baseball bat on Sunday morning at an apartment complex parking lot. A woman who said she witnessed this told Fox 61 the weapon broke.

“The lady was just flailing her arms, and just yelling things,” Gergana Kostova said. “I could not make anything of it.”

New London Police Chief Peter Reichard said in a press conference on Sunday that the vehicle owner was a stranger to Farrauto. According to cops, the defendant admitted to strangling her son, who authorities found unresponsive and unconscious in the Nautilus Drive apartment where mother and son lived together. The child–now identified as David Jasmin–was pronounced dead at the L+M Hospital. The autopsy is pending.

Farrauto is charged with first-degree murder, and risk of injury to a minor. Her mental state was an element in the case from pretty much square one.

“She does have underlying mental health issues and I do believe they contributed to this incident,” said public defender Aimee Mahon in an arraignment on Monday.

“When I asked for her address this morning, she gave me a list of numbers followed by the claim that she lived in a squad car,” said New London Superior Court Bail Commissioner Tim Gilman.

Farrauto is on suicide watch, and must undergo a mental health evaluation to determine if she’s competent for trial.

Those who knew Farrauto, including David’s father and maternal grandmother, said the incident was out of character for the defendant.

“Whatever happened she must have just had no control,” Farrauto’s mother Cindy Steenson told New London outlet The Day. “She never would have hurt him if she was in her right mind. She never hurt anyone.”

The Connecticut Department of Children and Families said Monday that the defendant had previously requested help, saying she believed someone hurt her son.