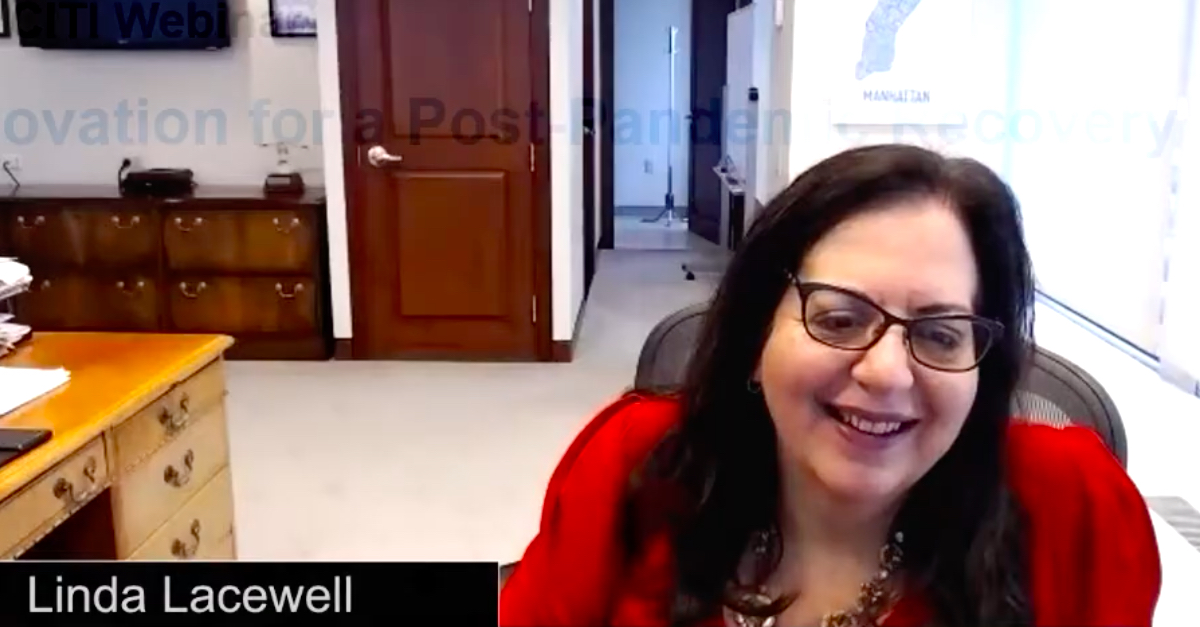 One of the senior aides to New York Gov. Andrew Cuomo accused of rewriting a State Health Department report to hide the real number of nursing home residents that died amid the COVID-19 pandemic has worked as a law professor in Manhattan and taught about legal ethics in government.

According to a bombshell report from the New York Times on Thursday, Linda Lacewell, who currently serves as the Superintendent of the state’s Department of Financial Services and is an adjunct law professor at New York University School of Law, was one of three high-level administration officials who initially intervened to conceal the nursing home death count from the public. The other officials involved were Cuomo advisor Melissa DeRosa, and former advisor Jim Malatras who returned to the administration to assist with handling the coronavirus crisis.

Even so, an edited version prepared by Mr. Malatras did not remove the higher death toll.

That occurred later, after Ms. DeRosa and Ms. Lacewell became aware of its inclusion. It was taken out soon after.

The State Health Department’s report concluded that Cuomo’s policy from the early days of the pandemic—the March 25 order directing nursing homes to admit or readmit people recently treated for COVID-19—was not to blame for the state’s high nursing home death count. However, people with knowledge of the situation who spoke to the Times said Cuomo’s aides removed the 9,250 death total from the report because it outpaced New Jersey (the state with the second highest number of nursing home deaths) by more than 3,000; they thought this would draw negative attention to the Empire State’s response.

Lacewell’s alleged involvement in withholding the true number of nursing home deaths—which has now risen to more than 15,000—is particularly troubling because of her extensive background in legal and government ethics.

Prior to taking over the as head of Financial Services, Lacewell served as Chief of Staff and Counselor to the Governor where she “oversaw executive chamber operations, as well as ethics and law enforcement matters,” according the state government’s website.

Her name was also flagged by former NYU Law School student Kevin H. Bell, who pointed out that Lacewell taught a class specifically about government ethics.

HER CLASS WAS CALLED ETHICS IN GOVERNMENT INVESTIGATIONS

Online resources reveal that the class Bell was referring to was actually called “Ethics in Government: Investigation and Enforcement.” Law&Crime sought further details from NYU concerning the courses taught by Lacewell at the law school, but did receive a response at the time of publication.

In response to the Times report, several state lawmakers have called on any Cuomo administration official involved in manipulating the nursing home deaths report to resign immediately.

Sen. Todd Kaminsky (D) of Long Island said the conduct at issue was “unethical, at best.”

“Let’s be clear: if any State employee knowingly whitewashed an official report to cover up the deaths of New Yorkers, that is unacceptable and unethical, at best,” he tweeted on Friday morning. “We need to get answers now, and this whole thing reeks.”

Let's be clear: if any State employee knowingly whitewashed an official report to cover up the deaths of New Yorkers, that is unacceptable and unethical, at best. We need to get answers now, and this whole thing reeks. https://t.co/7RwanY3q75

Sen. Rachel May (D) of Central New York shared a similar sentiment in a Friday statement saying the Times report angered her “beyond measure.”

“If true, everyone involved in lying to the public and to the Legislature must resign immediately. And that includes the Governor,” she said. “Even though he is not named in this specific article, it was done in his name. It stemmed from his overweening need to burnish his public image, and it was made possible, if not inevitable, by the culture he created of secrecy and fear of retribution that has been amply documented in recent days.”

In response to questions about Lacewell’s involvement in rewriting the Health Department report, the Governor’s press office directed Law&Crime to a pair pre-written statements Spokesman Gary Holmes and Special Counselor and Senior Advisor to the Governor, Beth Garvey, which essentially assert that the number of nursing home deaths was omitted from the original report because they could not be “adequately verified.”