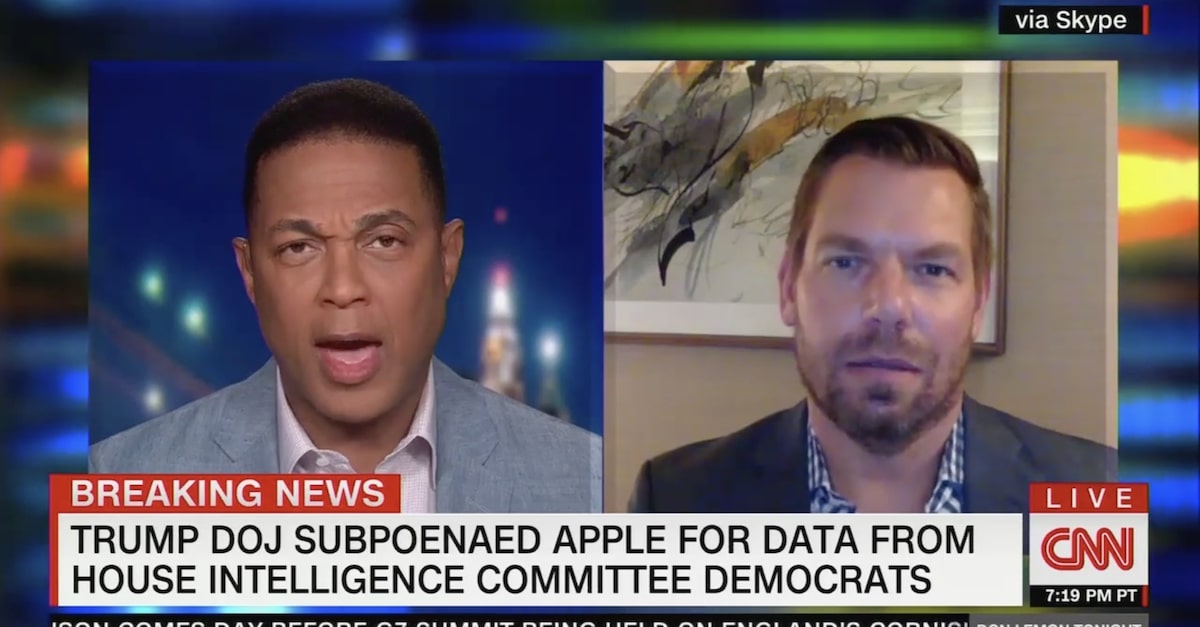 Ex-FBI Assistant Director Frank Figliuzzi told MSNBC that it appeared Trump had a “blacklist of enemies” that “seemingly included only Democrats,” a practice that he could not recall in decades serving from the trenches to the leadership of the bureau. Figliuzzi’s remarks about an enemies list carried particular weight from the former head of the FBI’s counterintelligence division under Robert Mueller in 2011.

Asking three top national security experts about the comparison in phone interviews, Law&Crime received a variety of responses. One found Donald Trump’s modus operandi too scattershot for Nixon’s cunning to feel apt. Another found the analogy downplayed the danger of the current moment, and third found the political motivations of both to be clear.

All three believed historical parallels only go so far in describing the New York Times report that the Justice Department subpoenaed Apple for data from accounts of at least two Democrats on the House Intelligence Committee—chair Adam Schiff and Eric Swalwell, both California representatives vilified by Trump—in 2017 and 2018. Prosecutors seized records tied to at least a dozen people in the committee, including one of their minor children, and the Justice Department gagged Apple from telling the targets of the subpoena about it, according to the report.

Sparking calls for an inspector general investigation and legislation to protect against abusive searches, the report falls amid a series of others about Trump’s Justice Department seeking information about the New York Times, The Washington Post, CNN and even a parody Twitter account of the former president’s ally, Rep. Devin Nunes (R-Calif).

Echoes, and Limits, of the Nixon Analogy

In a phone interview, national security lawyer Bradley Moss questioned the analogy, believing that any modern-day equivalent would be more haphazard through a Trumpian prism.

“As much as it would be newsworthy and fascinating to imagine there was some formal version of an enemies list, it’s unlikely that existed in any true form beyond Trump’s rantings on Twitter,” Moss told Law&Crime in a phone interview.

“Whatever [Trump] may have said in private discussions in the Oval Office, this does represent, obviously, the Justice Department pushing a lot of their discretionary ranges of authority that have always existed in the gray areas, pushing it to the limit to see how far they could go,” Moss continued, adding that it showed federal prosecutors going where they “never would have dreamed” of treading previously.

“The only time I ever can remember them ever going for stuff with respect to members of Congress was tied up in financial corruption, and public corruption probes, which is understandable, because again, just like anyone else, members of Congress aren’t above the law,” Moss noted. “Simply being a member of Congress does not place you beyond the reach of law enforcement.”

As Moss noted, even pursuing a leak investigation against a member of Congress had previously been considered a third rail.

“There would be serious separation of powers and constitutional complications to any effort to try to prosecute a member of Congress for disclosing classified information to a member of the media, for example,” Moss said. “The government’s never tried it. The worst kept secret is everybody in this town leaks, and we all know that Congress is not above leaking. But DOJ, as a matter of policy has always avoided going after members, because there would be a serious constitutional clash. It’d be a question of whether or not Congress has the inherent authority to declassify or determine to declassify or disclose information on its own, separate from the executive branch, and the DOJ doesn’t want that fight.”

“Or at least, it didn’t want that fight,” Moss added.

There is a reason for that, Kel McClanahan, the executive director of National Security Counselors who teaches at George Washington University, noted.

“Even if they found something that was a smoking gun, that would be virtually unprosecutable,” McClanahan said, citing both the speech or debate clause of the Constitution and recent precedent fortifying Westfall Act immunity for Congress members speaking to the press.

“So what you have here is either a purely political thing or something that no lawyer did any due diligence on to figure out is it really worth it,” he continued. “Because the best case scenario for DOJ, if this were not political, would be evidence that Adam Schiff leaked this classified information to a reporter that they can do absolutely nothing with—except use it as a political weapon against him.”

“It’s nice to recall the echoes of the past and the Nixon times, but I think we’re in a whole new ballgame,” Greenberg told Law&Crime in a phone interview. “I think it’s quite frightening also, to notice. We don’t know the extent of this surveillance. We only know what we’ve been told so far. We don’t know how long it was, how many people were considered enemies. So I think in some ways, this is a very new and different chapter.”

The Times report quickly made waves across Capitol Hill, with multiple lawmakers calling for an inspector general investigation—including the two reported targets of the probe. Swalwell backed Schiff’s call for the inspector general to investigate “this case and other acts of the weaponization of law enforcement carried out by the former president.”

“Like many of the world’s most despicable dictators, former President Trump showed an utter disdain for our democracy and the rule of law,” Swalwell said in a statement. “In May, I was notified by Apple that my records were among those sought by—and turned over to—the Trump Administration as part of a politically motivated investigation into his perceived enemies. This kind of conduct is unacceptable, but unfortunately on brand for a president who has repeatedly shown he would cast aside our Constitution for his own personal gain.”

“Revelations about the Trump Justice Department’s targeting of journalists and political rivals proves again how surveillance powers can be abused and the need to put strict limits on gag orders that prevent the targets of this spying from learning about it for years,” Wyden wrote in a statement sent to Law&Crime. “I plan to introduce legislation to reform the abuse of gag orders and provide more transparency about government surveillance.”

For Greenberg, the author of “Rogue Justice: The Making of the Security State,” any investigations that follow must be backed by stronger action for accountability in order to stem future abuses.

As to what accountability would be needed, Greenberg replied that is what an investigation should uncover, but she added that the inspector general reports have been, in practice, the end goal for too long.

“We’ve had so many good, thorough, detailed inspector general reports about what went on in a variety of different parts of the executive over the past decade,” she noted. “And what’s the result then? So I think that’s just not enough.”

McClanahan recommended resolving a longstanding turf battle within the Justice Department’s accountability apparatus teeth: allow its Office of the Inspector General (OIG) to take over cases that have been increasingly shunted off to the Office of Professional Responsibility (OPR).

“If you have an allegation against an attorney of misconduct, and it’s based on they lied to a judge, or they withheld evidence, or they did an investigation wrong or something like that, the OIG is not allowed to investigate it,” McClanahan explained. “They have to hand it off to OPR, and OPR is a joke. OPR never finds, practically never finds, that anybody ever did anything.”

The idea of fixing this dynamic received some traction last year in Congress, before it died in a Senate under the control of then-Majority Leader Mitch McConnell (R-Ky.).

There are multiple indications that now is the time for congressional action, with Senate Majority Leader Chuck Schumer (D-N.Y.) and Senate Judiciary Chair Dick Durbin (D-Ill.) reportedly demanding that Barr and Sessions testify before Congress on the matter, under oath. There is another sign the timing is particularly ripe to resolve the intra-DOJ turf war. The Justice Department announced it is seeking an internal probe of the subpoenas, the AP reported.