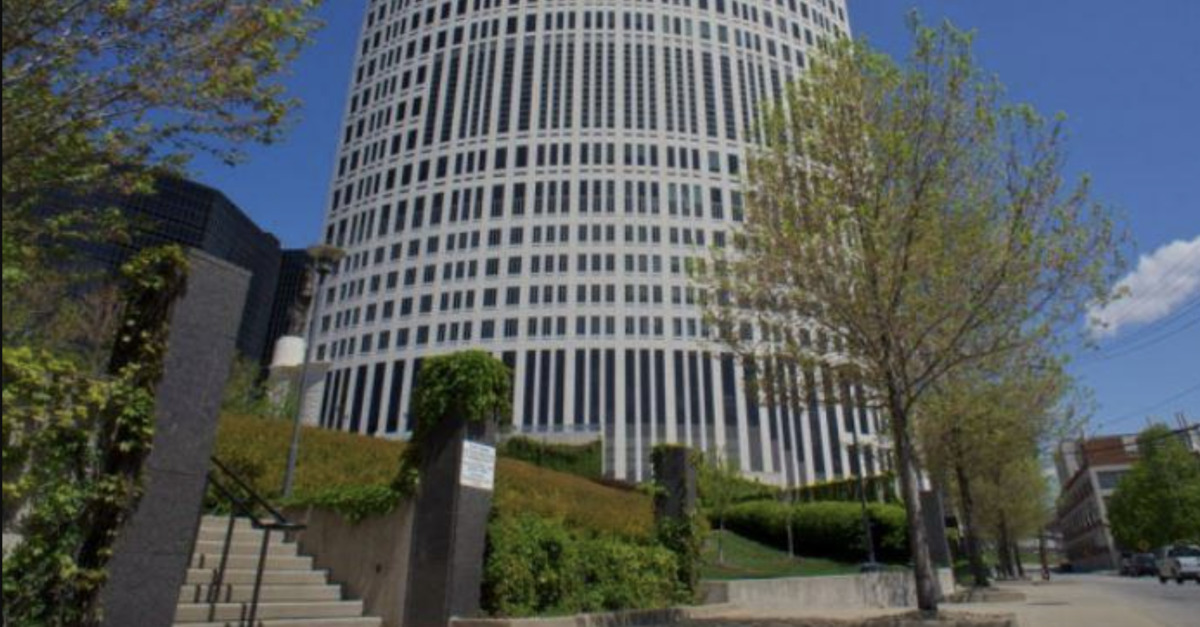 An Assistant U.S. Attorney deliberately touched an intern’s breast and sexually harassed at least two other federal employees in violation of the law, federal regulations and U.S. Department of Justice (DOJ) sexual harassment policies but is not being prosecuted, according to an Office of Inspector General Report released earlier this month.

“Assistant United States Attorney (AUSA) [redacted] may have physically and verbally sexually harassed, to include deliberately running his arm across the breast of, then USAO-[redacted] Intern [redacted],” the heavily redacted 11-page report released June 1 by way of a Freedom of Information Act (FOIA) request notes.

Numerous allegations were leveled against the federal prosecutor during the course of the investigation that concluded last November.

Some of those allegations are outlined in the synopsis:

“The AUSA resigned from the Department of Justice on December 14, 2020, as the Department was taking appropriate action based on the OIG’s adverse findings,” Bridget M. Brennan, Acting U.S. Attorney Northern District of Ohio told Law&Crime in an email after this story was published. “The AUSA is no longer an employee of the Department and would not be rehired.”

The OIG report “substantiated the allegations” that the prosecutor made “sexually inappropriate comments” to two unnamed federal employees and also concluded that the “unwelcome touching” of the intern’s breast did, in fact, happen. The report further notes that the “touching” incident likely qualified as a violation of an unwanted sexual imposition statute and was therefore “a misdemeanor” offense. 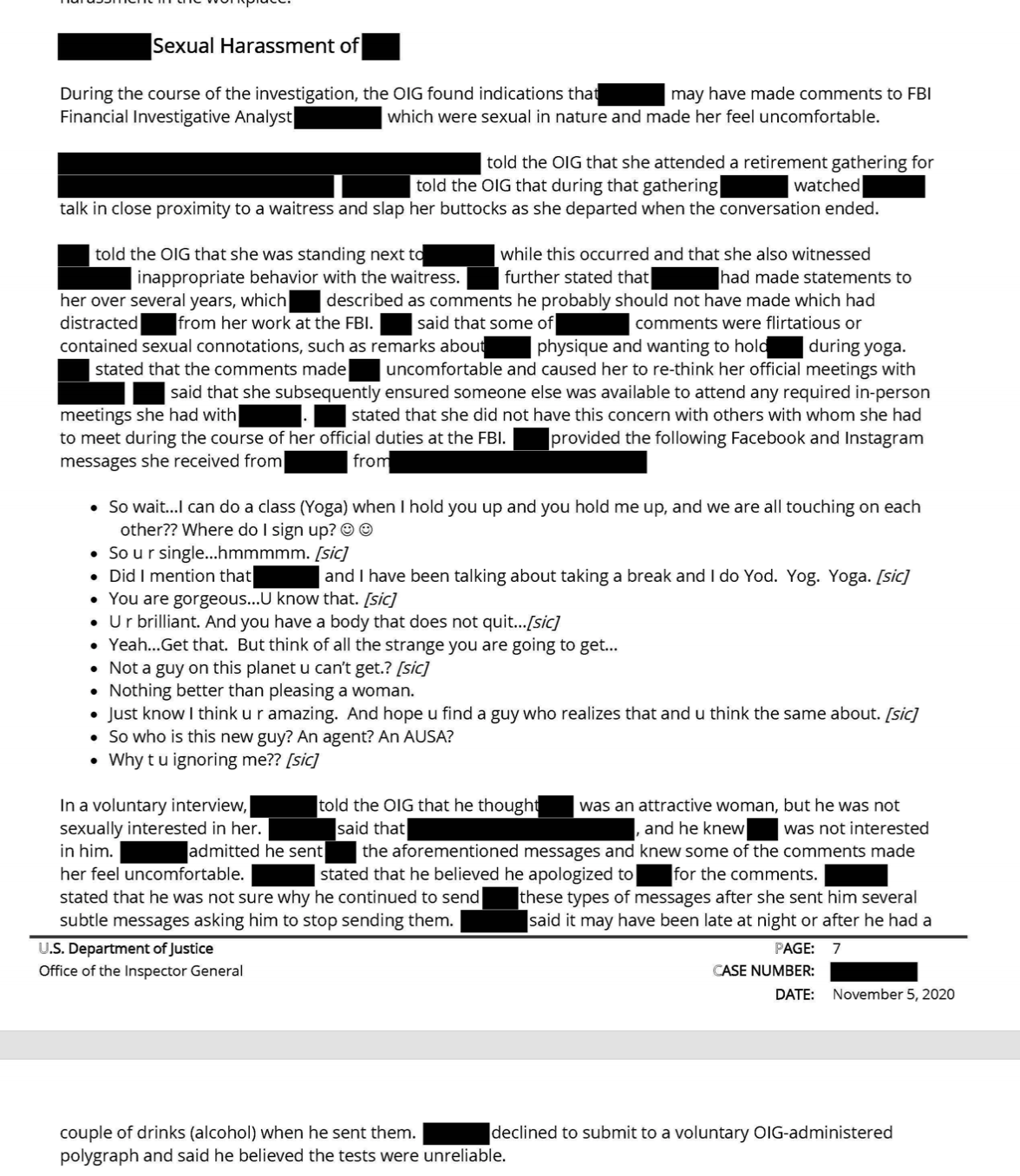 “Sexual Imposition (misdemeanor), prohibits engaging in sexual contact with another, either knowing or recklessly disregarding that the contact is offensive to the other person. The Penal Code defines sexual contact to include touching of another’s breast,” the report explains.

The report outlines the sexual imposition allegation in detail:

“The OIG investigation concluded that [redacted] sexually harassed [redacted] both physically and verbally by conveying sexually charged communications to her and physically touching [redacted] breast,” the report notes. “The OIG found [redacted] account of her interactions with [redacted] including that he touched her breast without her consent, to be more credible than [redacted] account, particularly in light of the corroboration provided by the OIG’s interviews of other witnesses and the consensually monitored text messages.”

When pressed by OIG investigators, the federal prosecutor in question also apparently lied about a thing or two.

“In addition, the OIG found indications that [redacted] may have lacked candor during an OIG interview when questioned about using his government laptop computer to access social media sites and claiming to have informed other colleagues at the USAO-[redacted] about his concerns regarding [redacted] allegedly filing a false sexual harassment allegation against him,” the report notes.

The investigation, according to the report, was fairly thorough and marshaled several pieces of evidence over an unknown time period.

Specifically, the OIG claims to have reached its conclusions by conducting forensic analysis of the prosecutor’s government laptop computer; internet history logs; wireless records for their personal cell phone; Facebook Messenger and Instagram messages from one witness; emails, text messages and Facebook Messenger messages from a second witness; and government training records.

Ultimately, however, the U.S. Attorney’s Office “declined criminal prosecution” of the prosecutor, the OIG report notes.

Editor’s note: this story has been amended post-publication to reflect that the OIG investigation targeted a now-former member of the U.S. Attorney’s Office for the Northern District of Ohio. An original version identified the attorney as having worked in a different office.