Twitter sought to quash that subpoena against the account @NunesAlt, which had been sealed since Nov. 24, 2020 and hushed up by a gag order, in a motion dated May 10.

“Under the First Amendment, the government cannot compel Twitter to produce information related to the account unless it ‘can show a compelling interest in the sought-after material and a sufficient nexus between the subject matter of the investigation and the information it seek[s],'” Twitter’s lawyers wrote in the 16-page motion.

“While Twitter does not have visibility into the purpose of the subpoena, Twitter has serious concerns whether the government can meet this standard given the context in which it has received the subpoena,” the motion continues. 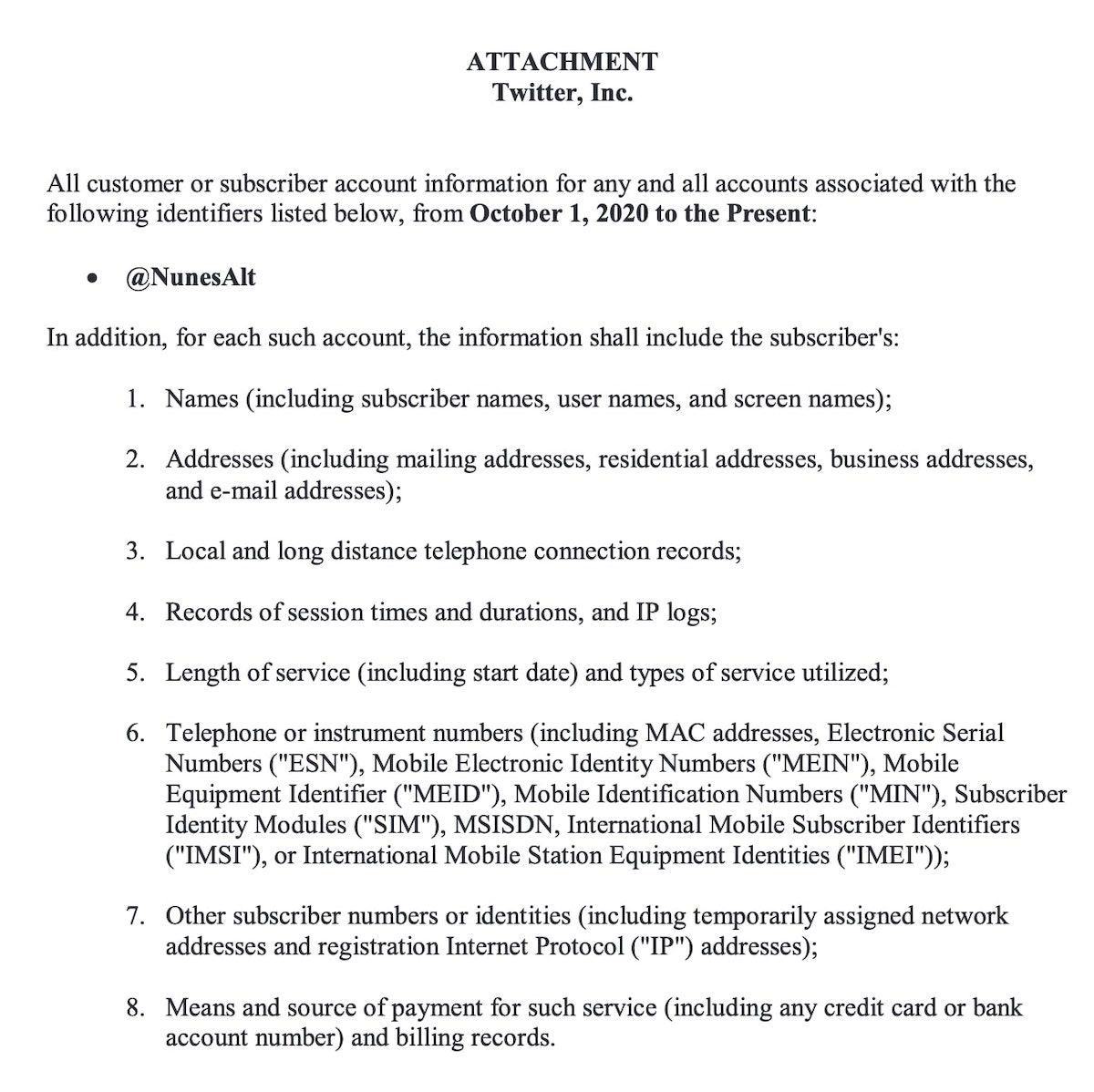 As documented in the motion, that context involved a scorched earth, and mysteriously funded, effort by Nunes to try to learn the identities of the many Twitter accounts mocking or otherwise criticizing him.

“His efforts to suppress critical speech are as well-publicized as they are unsuccessful,” Twitter’s lawyer John K. Roche, from the D.C. powerhouse firm Perkins Coie, notes in the motion, referring to Nunes. “He recently sued Twitter, attempting to hold it liable for speech by the parody Twitter accounts @DevinCow, @DevinNunesMom, @fireDevinNunes, and @DevinGrapes, and asking the court in that case to order Twitter to disclose information identifying those accounts. Each of these accounts were engaged in anonymous political speech critical of Congressman Nunes. That suit was dismissed against Twitter in June 2020 because Twitter cannot be liable for information originating with a third-party user of its service, but it appears to still be an active lawsuit against the Twitter users @DevinCow and @DevinNunesMom.”

Twitter claimed that history made the company wary of the Justice Department’s subpoena.

“Given Congressman Nunes’s numerous attempts to unmask his anonymous critics on Twitter—described in detail herein—Twitter is concerned that this subpoena is but another mechanism to attack its users’ First Amendment rights,” the motion states. “Recent litigation also alleges that Congressman Nunes may be using the government to unmask his critics.”

This is the closest thing I'm gonna get to a Mother's Day card. https://t.co/C7aTNe8ETY 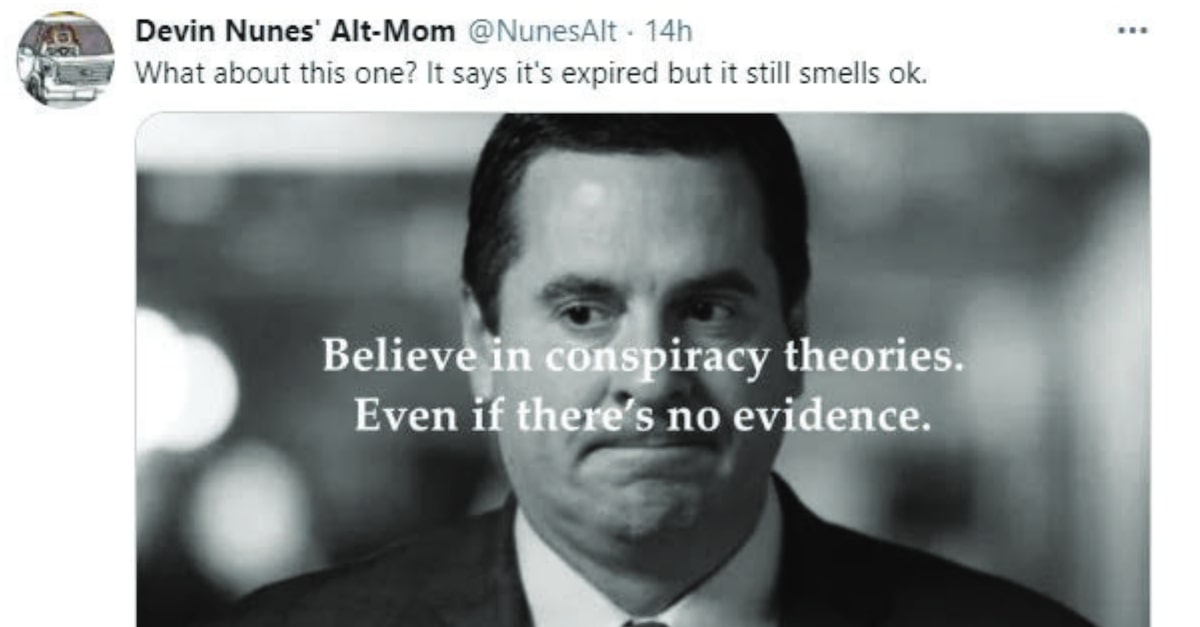 This tweet by @NunesAlt is embedded in Twitter’s motion seeking to quash the Justice Department subpoena of the account.

In addition to the subpoena, Twitter claims it also received a “gag order” barring them from “disclos[ing] the existence of the subpoena to any other person” except for their attorneys for 90 days because the Justice Department claimed to have “reasonable grounds to believe that such disclosure will result in flight from prosecution, destruction of or tampering with evidence, intimidation of potential witnesses, and serious jeopardy to the investigation.”

“The Gag Order does not describe the basis for this finding, and Twitter has not received any information from the government about the ‘reasonable grounds’ upon which the Gag Order was based,” Twitter added.

Chief U.S. District Judge Beryl A. Howell ordered the filing unsealed on Sunday, and it became public a day later. The judge also ordered the Justice Department to respond by Wednesday, “with the name and contact information of the government attorney redacted,” information that is routinely made public in similar proceedings.