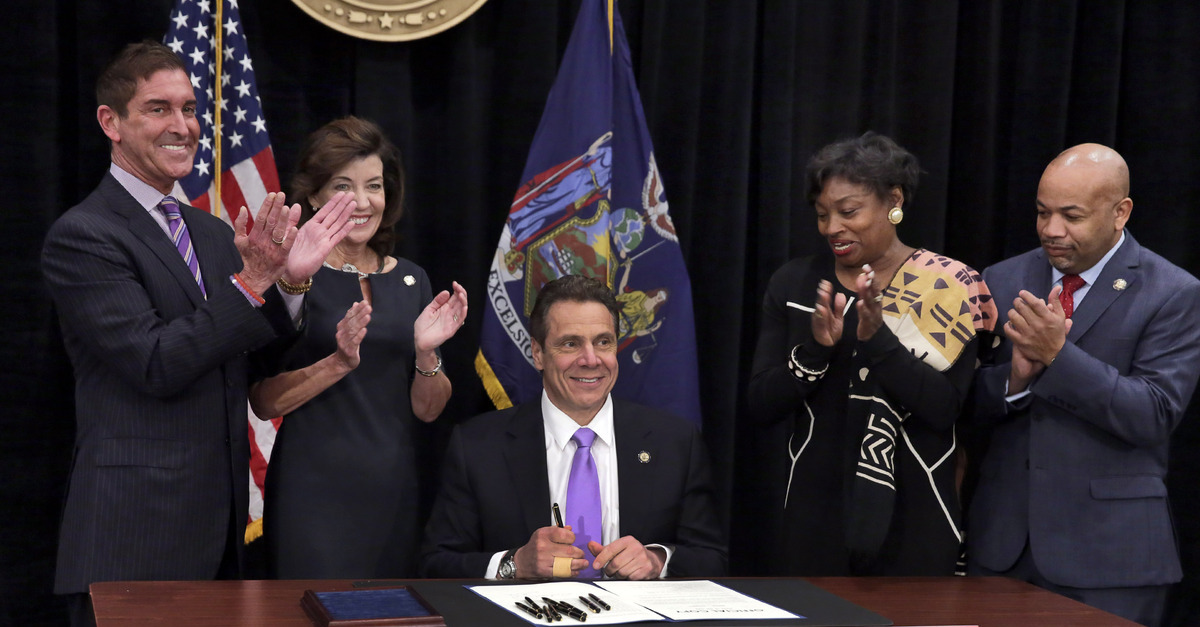 “That has been my assessment, which I’ve been tweeting and saying in media since Cuomo made the announcement,” Garber told Law&Crime in a message. “But it’s not uncommon in other suspended impeachments to issue a report and make information public.”

Heastie’s statement does not expressly contemplate a public release of evidence that he claims to have amassed over the past several months.

“Let me be clear — the committee’s work over the last several months, although not complete, did uncover credible evidence in relation to allegations that have been made in reference to the governor,” Heastie wrote in a statement. “Underscoring the depth of this investigation, this evidence concerned not only sexual harassment and misconduct but also misuse of state resources in relation to the publication of the governor’s memoir as well is improper and misleading disclosure of nursing home data during the COVID-19 pandemic.

“This evidence — we believe — could likely have resulted in articles of impeachment had he not resigned,” the statement continued.

But Cuomo did resign, in a characteristically pugnacious statement denying the allegations against him by 11 women.

The departing governor described some claims as politically motivated and others as false, casting the decision as one calibrated to avoid becoming a distraction to the work of governing.

For the time being, Cuomo technically still remains governor of New York, as the 14-day window he gave himself has not elapsed.

Lt. Gov. Kathy Hochul, a fellow Democrat, will take over after two weeks, but any impeachment and removal proceedings would likely take longer.

Heastie’s memo purports to distinguish New York State impeachment proceedings with its federal government counterpart, which has a recent and high-profile history.

“Although the federal language does not clearly link removal and disqualification, no impeachment trial in the Senate has led to disqualification of an official who had already resigned,” the memo states. “We have identified six federal instances when proceedings ended when the official resigned, including the case of President Nixon. In two instances the trial went forward after the official left office, but in both cases, including the second impeachment of President Trump, the official was acquitted.”

Though Donald Trump was still in office when impeached by the House, Senate Majority Leader Mitch McConnell cited jurisdictional objections to removing a former president in voting for his acquittal. Democrats at the time noted that a former U.S. office-holder had been previously impeached following his resignation: Secretary of War William Belknap in 1876, who was accused of bribery but acquitted, the memo notes.

Garber said that the distinction was a matter of debate.

“The language of the N.Y. and U.S. constitutions differ,” the impeachment expert told Law&Crime. “Although legal scholars differed, there’s a better argument for a post-office impeachment trial on the federal level.”