No, It Would Not Be Unconstitutional for Trump’s Impeachment Trial to Take Place After He’s Out of Office 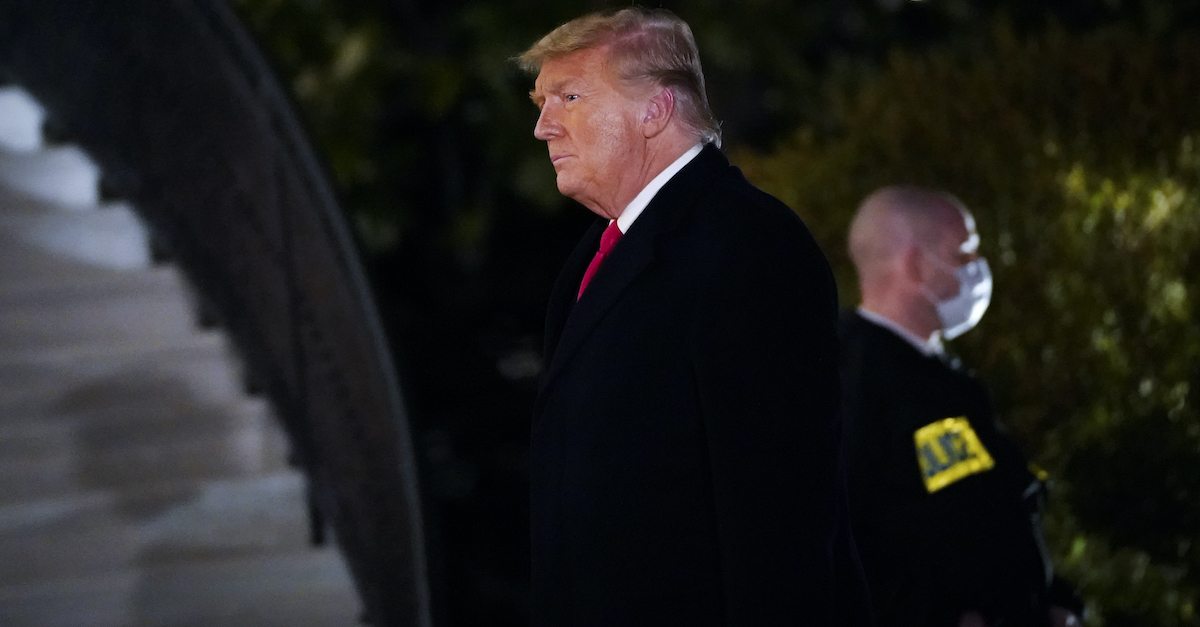 President Donald Trump has now been impeached again – this time for “incitement of insurrection” – but Mitch McConnell has announced that he will not convene Senate in time to hold a trial before Trump’s term expires at noon on January 20. Many legal scholars believe that Trump’s Senate trial could be held even after he leaves office. Rep. James Clyburn has even suggested that the case could be delayed for the first 100 days of the incoming Biden administration. Others are not so sure, including one of the most highly-regarded intellectual figures in the conservative movement.

Former federal appellate court judge Michael Luttig evidently played an important role in saving American democracy last week, when he convinced Vice President Mike Pence that he lacked the “unilateral authority to decide which electoral votes should be counted.” As Luttig explained it – and as quoted in Pence’s letter to Congress –  “the only responsibility and power of the Vice President under the Constitution is to faithfully count the Electoral College votes as they have been cast.” Luttig is rightly revered among conservatives as a close reader of the Constitution, making his analysis of the Twelfth Amendment especially persuasive. Now Luttig has opined, in the pages of the Washington Post, that the Senate’s impeachment trial of President Trump cannot be held after he leaves office. This time, Luttig is wrong. The Senate can indeed try and convict Trump once he again becomes an ordinary citizen, although the only available judgment will be to disqualify him from holding a federal government office in the future.

“Once Trump’s term ends on Jan. 20,” according to Luttig, “Congress loses its constitutional authority to continue impeachment proceedings against him.” Luttig supports his position by citing two provisions of the Constitution. Article II, Section 4 provides that “The President, Vice President and all civil officers of the United States, shall be removed from Office on Impeachment,” and Article I, Section 3 provides that “Judgment in Cases of Impeachment shall not extend further than to removal from Office, and disqualification to hold and enjoy any Office of honor, Trust or Profit under the United States.” This leads Luttig to argue that only the constitutional impeachment “of a president” can result in future disqualification from office, thus making the impeachment of a non-president impossible.

This is a logical error. Removal from office is only one of the two available constitutional outcomes of an impeachment trial, and that does not make potential removal a mandatory predicate for holding a trial in the first place. In fact, the Senate has twice before considered the impeachment of “officers of the United States” (a senator and a cabinet secretary) who had already left office. Luttig blows right past these precedents, arguing that the U.S. Supreme Court would never agree that the Senate “has the power to impeach a president who is no longer in office.” That is his second mistake.

RELATED: These Are the Defenses Trump Is Likely to Raise at a Second Impeachment Trial

Article I, Section 3 of the Constitution provides that “the Senate shall have the sole Power to try all Impeachments.” Although the Chief Justice must preside over impeachment trials of the president, the Supreme Court otherwise has no role to play. In a 1993 case involving the impeachment of federal judge Walter Nixon, the Court unanimously held that impeachment is essentially a “nonjusticiable” political proceeding that is not subject to judicial review. More recently, the current Court has made it clear that it firmly intends to stay out of political controversies, holding that partisan gerrymandering likewise presents a nonjusticiable political question.

The constitutional separation of powers confers the “sole power of impeachment” upon the House of Representatives, which has now exercised it for the second time with regard to President Trump. It will be up to the House to present the Article of Impeachment to the Senate, at whatever time it deems appropriate. It will then be up to the Senate to conduct a trial, or not, in the exercise of its own sole power. If the timing is such that Donald Trump is no longer president, a conviction may not extend beyond “disqualification to hold and enjoy any Office of honor, Trust or Profit under the United States,” but that will still be a trial well worth holding.

Even though impeachment can’t be challenged in Court, members of Congress are, under Article VI, “bound by Oath or Affirmation, to support this Constitution.”  Although no one can stop them, they should respect constitutional limits, if there are any. But what might they be? The most plausible answer, in our view, is that Congress can’t try someone if there is no penalty that it is empowered to impose – meaning that there is no possibility that they will ever “hold and enjoy any Office of honor, Trust or Profit under the United States.”  That would be the case if the defendant had died before trial. But Mr. Trump lives, and there is a real danger that he will run for federal office again. That is a danger that Congress is specifically empowered to address.