‘Smiling and Laughing’ Landlord Shot Three Tenants Because He Did Not Want to Go Through Eviction Process: Authorities 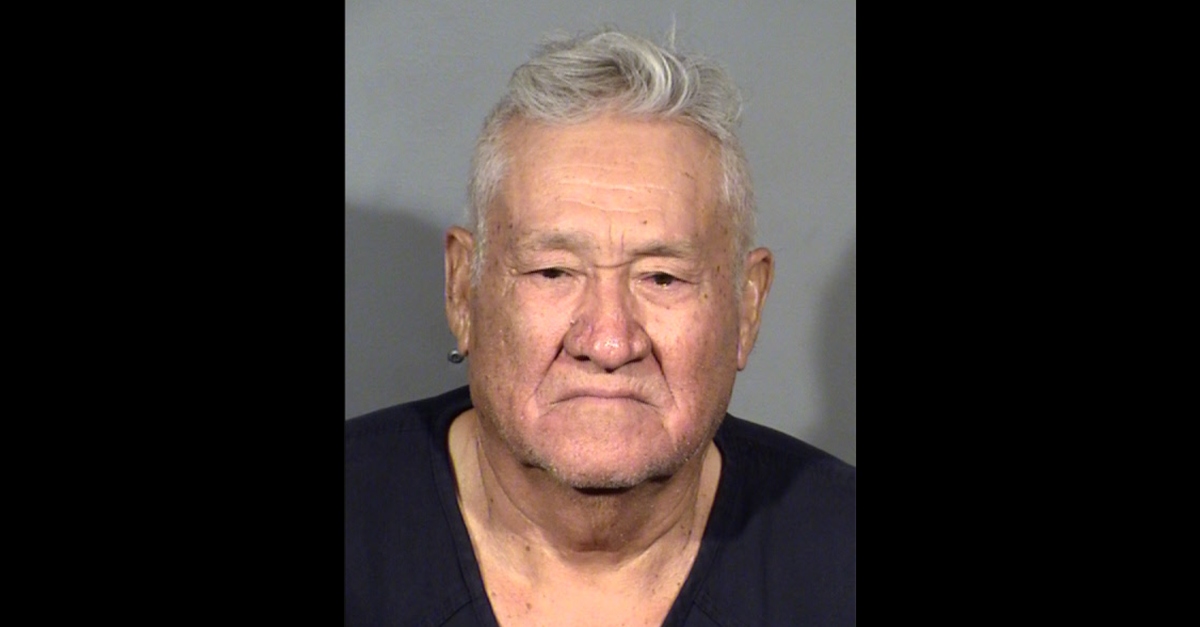 A judge denied bond for an elderly landlord after a prosecutor detailed how the man allegedly shot three tenants for a callous reason, according to The Associated Press. He allegedly wanted to dodge the eviction process over unpaid rent.

The police version of events reportedly describes the suspect’s chillingly joyful behavior amid the killings. Arnoldo Lozano Sanchez, 78, was arrested Tuesday, said cops in Las Vegas, Nevada. Authorities did not name the victims, pending the Clark County Coroner’s Office officially determining their cause and manner of death.

Sanchez is charged with two counts of murder, and one count of attempted murder.

According to officers, police found a wounded woman in a driveway on the 2000 block of West Chicago Avenue, which is north of the Las Vegas Strip. She suffered from gunshot wounds and doctors pronounced her dead at the hospital. The surviving male victim left the residence also suffering from gunshots, police said. Officers learned Sanchez was still inside the home, but he surrendered without incident, cops said. Investigators said they discovered a second woman dead inside.

The investigation by the LVMPD Homicide Section indicates Sanchez was renting out rooms to the three victims. An argument occurred between one of the female victims and Sanchez over unpaid rent. During the argument, Sanchez shot the victims. Sanchez was booked into the Clark County Detention Center for two counts of Murder and one count of Attempt Murder.

Sanchez shot the surviving man nine times, authorities said in the AP report. He told a witness “he didn’t want to go through the eviction process,” and that he “wanted to handle it, quote-unquote, ‘his way,'” said Chief Deputy District Attorney Tim Fattig at the arraignment on Wednesday. Police reportedly have not found evidence linking this with a nationwide moratorium on evictions, which expired and was partially reinstated for areas seeing high rates of COVID-19.

“His way” allegedly involved expressing glee. A male witness claimed to see Sanchez “smiling and laughing” after apparently shooting one of the women and again after Sanchez barged his way into another victim room, apparently opening fire and exiting, according to the police report obtained by The Las Vegas Review-Journal.

“I don’t know what I’m being accused of,” Sanchez insisted in court, speaking though an interpreter, according to the outlet. Deputy Public Defender Sarah Hawkins requested a $25,000 bail, saying it would be like having no bail at all because Sanchez said he could not afford even a penny. Justice Court Judge Joe Bonaventure ultimately denied any chance for Sanchez to see release pending trial.