The revelation became public in a Dec. 30, 2021, court document that just hit the public docket, disclosing an escalation of the attorney general’s civil investigation into whether the Trump Organization manipulated the value of its properties.

“For more than two years, members of the Trump family and the Trump Organization have continually sought to delay and impede our investigation into Donald Trump and the Trump Organization, but despite their names, they must play by the same rules as everyone else,” Jame wrote in a statement. “These delay tactics will not stop us from following the facts or the law, which is why we will be asking the court to compel Donald Trump, Donald Trump Jr., and Ivanka Trump to testify with our office under oath. Our investigation will continue undeterred.”

James contributed to former Manhattan District Attorney Cyrus Vance’s (D) criminal investigation that led to charges filed against the Trump Organization and its former chief financial officer Allen Weisselberg. That case and probe is now under the control of Alvin Bragg (D), who was sworn into the post of Manhattan’s top prosecutor on New Year’s Day. 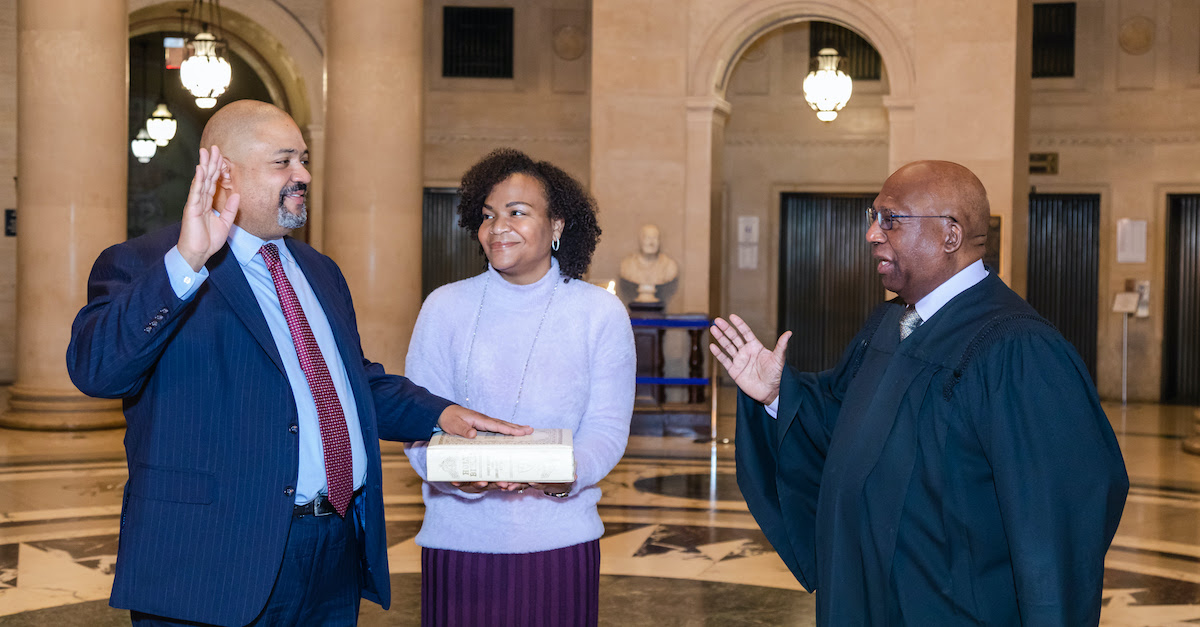 Alvin L. Bragg, Jr. was officially sworn in as Manhattan District Attorney on New Year’s Day of 2022. The fourth top prosecutor in New York County in the last 80 years, he made history as the first Black Manhattan DA. (Photo by: Julie Skarratt)

According to court records, Attorney General James’s subpoenas to Trump and his children seeks testimony and documents “in connection with an investigation into the valuation of properties owned or controlled by Donald J. Trump or the Trump Organization, or any matter which the Attorney General deems pertinent thereto.”

The document also states a “dispute has arisen” over those subpoenas.

James said in the document that her official will oppose any motion to quash the subpoenas that Trump and his children may file within two weeks.

Trump’s attorney Ronald P. Fischetti and his children’s attorney Alan Futerfas did not immediately respond to an email requesting comment.

In late December, Trump sued James in the Northern District of New York, requesting a court order to stop James from investigating or prosecuting Trump. Trump claimed in his lawsuit that James’ intent to “weaponize her office” to target him “was readily apparent to even the most casual observer of her campaign.”

The attorney general responded at the time: “To be clear, neither Mr. Trump nor the Trump Organization get to dictate if and where they will answer for their actions.”