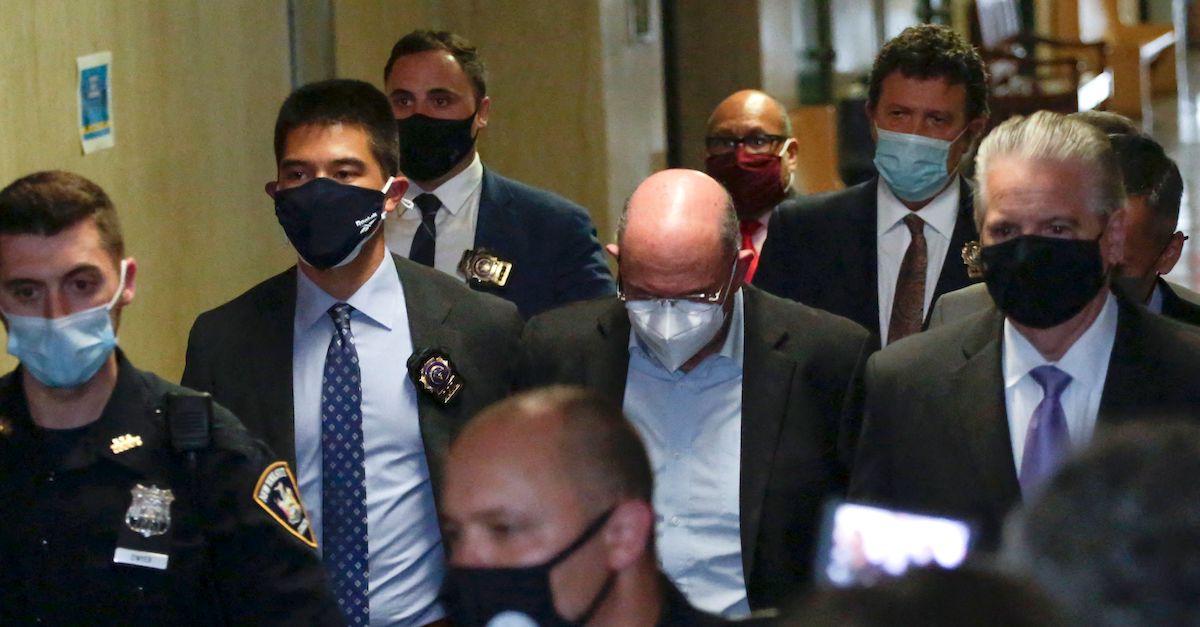 “Beginning from at least 2005 to on or about June 30, 2021, [Weisselberg, his co-defendants] and others devised and operated a scheme to defraud federal, New York State, and New York City tax authorities,” the passage of the indictment summarizing the 15-year tax scheme begins. “One of the largest individual beneficiaries of the defendants’ scheme was Allen Weisselberg. During the operation of the scheme, the defendants arranged for Weisselberg to receive in direct employee compensation from the Trump Organization in the approximate amount of $1.76 million.”

Weisselberg reportedly pleaded not guilty to all of the charges at his arraignment.

“An Important Marker in an Ongoing Investigation”

Charging two Trump Organization-related entities along with Weisselberg, prosecutors also make reference to an “unindicted co-conspirator 1″—suggesting the offices of Manhattan District attorney Cyrus Vance (D) and New York Attorney General Letitia James (D) may not yet be done. The attorney general confirmed as much in a statement.

“Today is an important marker in the ongoing criminal investigation of the Trump Organization and its CFO, Allen Weisselberg,” James wrote. “In the indictment, we allege, among other things, financial wrongdoing whereby the Trump Organization engaged in a scheme with Mr. Weisselberg to avoid paying taxes on certain compensation. This investigation will continue, and we will follow the facts and the law wherever they may lead.”

The charges ratchet up pressure on Weisselberg, whose cooperation is widely seen as crucial to any potential prosecution of former president Donald Trump.

Wearing a suit coat and a face mask and appearing to be in handcuffs, Weisselberg was led into the courtroom by law enforcement officers before a gauntlet of gathered reporters. The courthouse halls erupted with a dizzying barrage of camera flashes and the machine-gun-style staccato of shutter clicks as Weisselberg stepped into view.

The defendant did not appear to respond. 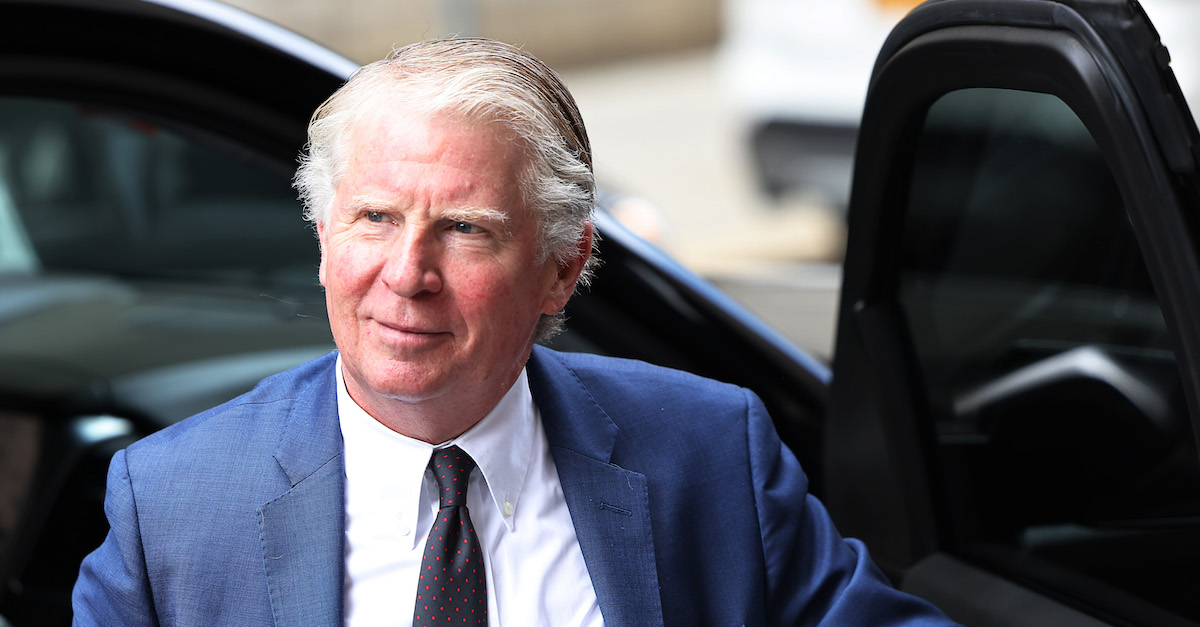 Manhattan District Attorney Cyrus R. Vance Jr. arrives at his office on July 1, 2021, prior to the proceeding. (Photo by Michael M. Santiago/Getty Images)

“Allen Weisselberg is a loving and devoted husband, father and grandfather who has worked at the Trump Organization for 48 years,” that statement read. “He is now being used by the Manhattan District Attorney as a pawn in a scorched earth attempt to harm the former president.”

Assistant District Attorney Carey Dunne bristled at that statement during the court appearance in light of “many statements” made about the case.

“As spelled out in the indictment, this was a 15-year tax fraud scheme, involving ‘off-the-books’ payments, which is a type of crime that’s charged against companies and executives all the time,” Dunne said. “Contrary to today’s assertion by the company’s former CEO, this is not a ‘standard practice in the business community,’ nor was it the act of a rogue or isolated employee.”

He called the alleged conspiracy an “audacious illegal payments scheme.”

Some of the expenses that Weisselberg allegedly ducked taxes on included approximately $359,058 in tuition expenses for multiple family members, $196,245 for leases on his Mercedes Benz automobiles, $29,400 in unreported cash, and an unspecified amount in ad hoc personal expenses like new beds, flat-screen televisions, the installation of carpeting, and furniture for his home in Florida, prosecutors say. 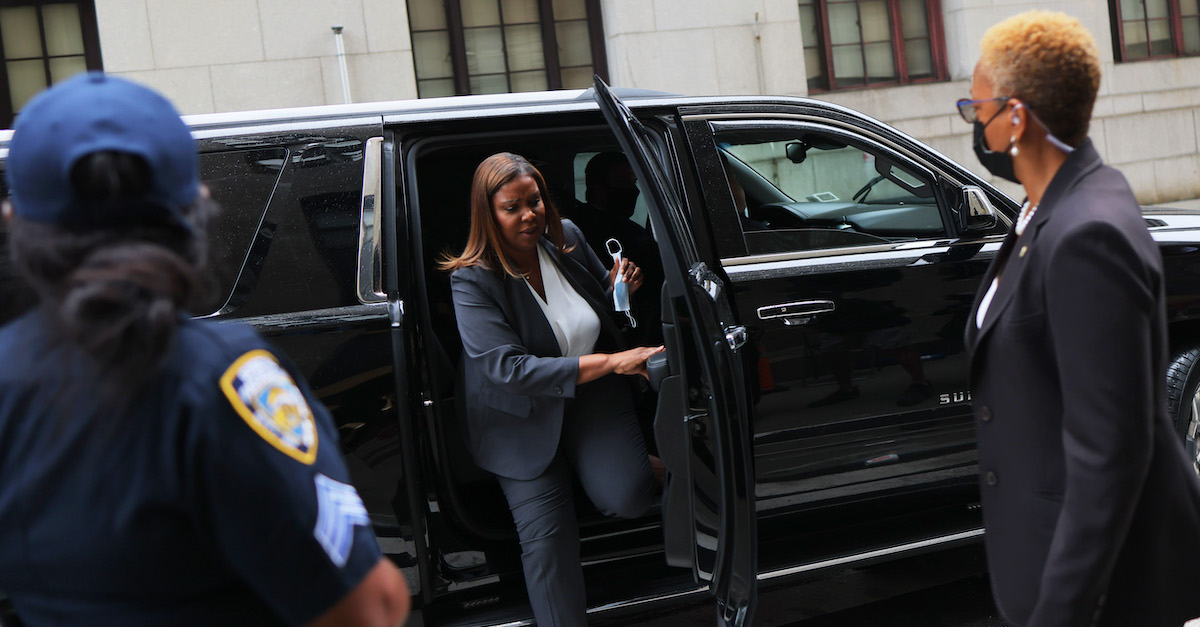 The Trump Organization initially downplayed the seriousness of the charges as a case about “employee benefits” in a type of prosecution “neither the IRS nor any other District Attorney would ever think of bringing.”

The quartet of charges suggest more serious criminal exposure, which led Weisselberg to be marched into court wearing handcuffs.

Trump Organization’s counterattack earlier concluded: “This is not justice; this is politics.”

Prosecutor Dunne emphatically denied that claim, saying politics played no role in the grand jury chamber. Rattling off the years-long journey of the case—with Trump fighting off a subpoena for his financial records all the way up to the Supreme Court, twice—Dunne said that the grand jury minutes would debunk the claim of partiality.

The next status conference has been scheduled for Sept. 20.