Utah Man Kidnapped and Tortured Woman for Weeks, Carved a ‘6’ in Her Hand Because ‘She Had Six Months to Love Him or Be Killed’: Police 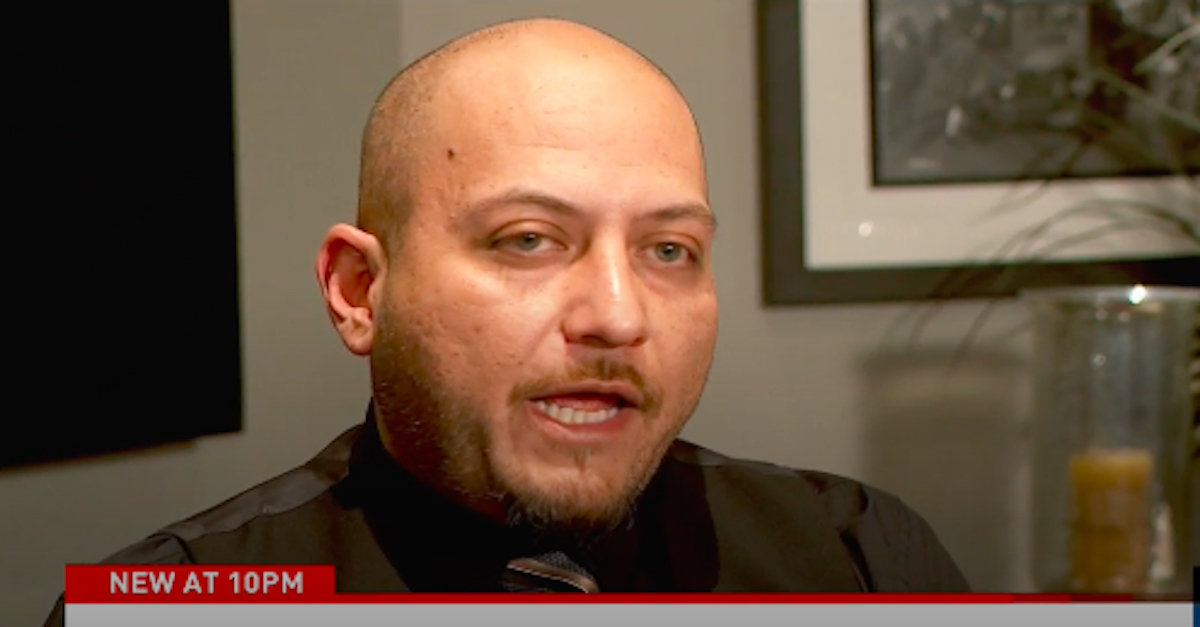 A 39-year-old man in Utah kidnapped a woman and held her captive in his basement for several weeks where he allegedly tortured her and threatened that she had six months to “love him or be killed,” authorities say.

The investigation into Martinez reportedly began when the victim got hold of a phone and was able to send a lone text to a friend saying that she was being held captive and that her life was in danger. Her friend then contacted the Salt Lake City Police Department and filed a report.

“The victim had texted him begging for help and that she was scared for her life,” an arrest affidavit obtained by Salt Lake City NBC affiliate KSL-TV reportedly said.

Investigators went to Martinez’s home on the afternoon of Wednesday, Dec. 29. Martinez opened the door to police and the first responding officer said Martinez “had his hand in his hoodie pocket” and it was possible to see the “outline of a handgun which he was holding onto,” the affidavit reportedly said. The officer then reportedly told Martinez to put his hands in the air and placed him under arrest.

Police searched the house and found the woman, who reportedly had visible physical injuries.

“[The victim] had heavy bruising around both eyes and she stated her ribs were hurting and that she had difficulty breathing,” the affidavit reportedly said. “She stated that over a period of several weeks she was threatened to be killed and was assaulted. During this time she was unable to leave or go anywhere freely.”

Investigators spoke with the victim who reportedly said she had been held captive and consistently assaulted over the course of “several weeks.” She said she was assaulted six times just the previous day and been choked unconscious by Martinez at least twice. The suspect also allegedly carved the number “6” into the victim’s hand as a reminder that if she didn’t fall in love with him he would kill her.

The victim reportedly said that the bruising on her face was the result of Martinez beating her with a belt.

In addition to the physical abuse, Martinez allegedly threatened to “chop up the victim’s brother” and kill her mother.

Following his arrest, Martinez was taken to a local hospital due to high blood pressure. Once there, he allegedly confessed that he strangled the victim—though he said it was during consensual sex—and disclosed that he had been planning on moving her to another location in a different state that evening. He also allegedly told investigators that he was “a millionaire” and owned several businesses.

According to The Daily Mail, Martinez is the CEO of Truu Med, a medical marijuana referral service that connects patients with doctors who may prescribe them cannabis.

Martinez was booked in Salt Lake County Jail without bond.