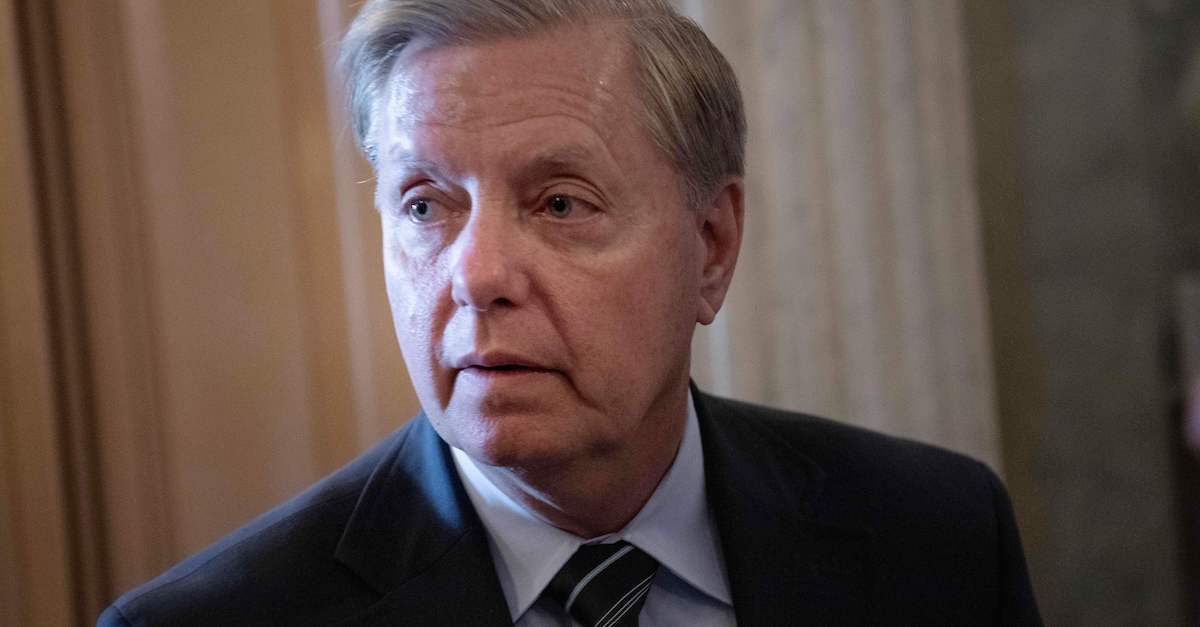 Sen. Lindsey Graham (R-S.C.), the Chairman of the Senate Judiciary Committee, admitted on Tuesday that he will not bother reading transcripts of testimony confirming that congressionally appropriated military aid to Ukraine was going to be held up unless Ukraine publicly announced it would carry out the investigations of the Bidens that President Donald Trump desired.

Graham, who once called Trump a “jackass” and said the Republican Party would get “destroyed” if it nominated then-candidate Trump, said he has no interest in seeing or hearing anything more, as his mind is already made up. In Graham’s own words, he has “written off the whole process,” believing it to be a “bunch of B.S.” (note: Republican lawmakers have gone from assailing closed-door depositions to ignoring the public disclosure of what was said behind closed doors; Graham would be a “juror” in an impeachment trial in the Senate).

(Specifically, any parts of the Volker or Sondland transcripts released today.)

Graham also appears to describe Sondland — who donated $1 million to Trump's inaugural fund and was tapped by Trump to be an ambassador to the E.U. — a bureaucrat pic.twitter.com/NdgpkNwdG3

House Democrats on Tuesday made the public transcripts of testimony from Gordon Sondland, the U.S. Ambassador to the European Union, and Kurt Volker, the former U.S. Special Envoy to Ukraine.

Sondland’s testimony in particular made waves on Tuesday, as he changed a key aspect of his testimony regarding a quid pro quo. Sondland, a Trump appointee, said there was a conversation with Ukraine about the withheld aid on Sept. 1. That the aid was held up was reported for the first time on Aug. 28/29. The aid was released on Sept. 11, Trump says, at the urging of Sen. Rob Portman (R-Ohio). Portman was one of the Republicans in 2016 who echoed then-Vice President Joe Biden‘s call to reform the Prosecutor General’s Office in Ukraine. The top prosecutor in place at the time? Viktor Shokin, the one Biden bragged about getting fired.

Sondland said that an aide for Ukrainian President Volodymyr Zelensky was told that the release of the aid likely wasn’t going to happen unless the embattled nation announced that it was launching an investigation into Burisma, the natural gas company where Joe Biden‘s son Hunter Biden was a board member:

Top U.S. Diplomat Bill Taylor previously testified that “everything” depended on such an announcement, and the memo of the July 25 Trump-Zelensky call that the White House released confirmed that Trump specifically mentioned the Bidens. 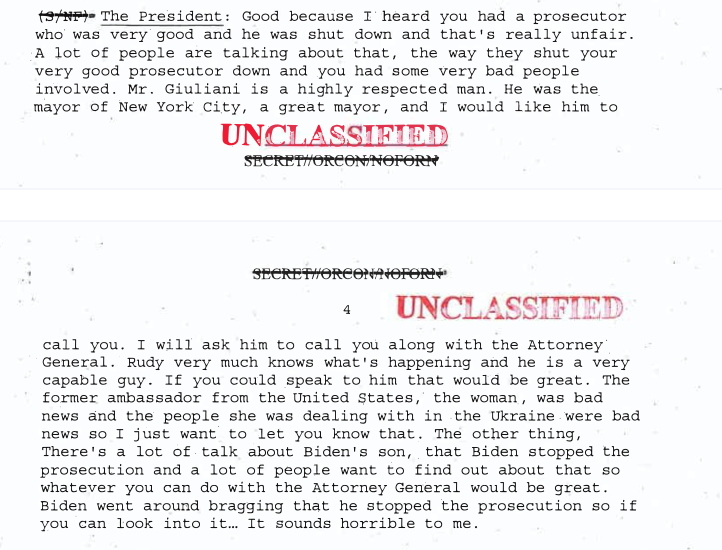 Taylor was thrust into the center of the Ukraine scandal when Volker released text messages between several diplomats regarding the Trump Administration’s decision to withhold the military aid. Taylor was under the impression President Trump was intentionally withholding the funds intended for Ukraine in order to compel their assistance in furthering his political goals by digging up dirt on the Bidens.

One of those text messages from Taylor is now widely known, as it appeared to be an attempt to “go to paper”: “As I said on the phone, I think it’s crazy to withhold security assistance for help with a political campaign.”

Those concerns were initially downplayed by Sondland, a hotel owner who donated more than $1 million to Trump’s inaugural committee. He responded that Trump had been “crystal clear: no quid pro quo’s of any kind.” Sondland admitted, however, that his response was dictated by the president and may not have been truthful.

The transcript of Sondland’s testimony directly addressed this call with the president.

“And as I recall, he was in a very bad mood. It was a very quick conversation. He said: ‘I want nothing. I want no quid pro quo. I want Zelensky to do the right thing,'” Sondland continued. “And I said: ‘What does that mean?’ And he said: ‘I want him to do what he ran on.’ And that was the end of the conversation. I wouldn’t say he hung up on me, but it was almost like he hung up on me.”

“In my mind, those are three separate things,” he said. “There is Bidens; there is Burisma as a company, which has a long history; and there is 2016 elections. And part of what I was doing was making sure and why I wanted to make sure I was in this conversation that we are not getting the Ukrainians into a position about talking about anything other than their own citizens, their own company, or whether their own citizens had done anything in 2015.”

But Volker also said the president’s July 25 call, in which Trump brought up the Bidens, was “extremely unfortunate” for the U.S.’s relationship with Ukraine.

“It creates a problem again where all of the things that we’re trying to do to advance the bilateral relationship, strengthen our support for Ukraine, strengthen the positioning against Russia is now getting sucked into a domestic political debate in the U.S., domestic political narrative that overshadows that,” he said. “And I think that is extremely unfortunate for our policy with Ukraine.”

Volker said that he advised Ukraine not to make the public statement Trump sought.

“I agreed with the Ukrainians they shouldn’t [issue a statement mentioning the Bidens and 2016], and in fact told them just drop it, wait till you have your own prosecutor general in place,” he would add. “Let’s work on substantive issues like this, security assistance and all.”

On Sept. 25, Sen. Graham said, “If you’re looking for a circumstance where the President of the United States was threatening the Ukraine with cutting off aid unless they investigated his political opponent, you’d be very disappointed. That does not exist.”