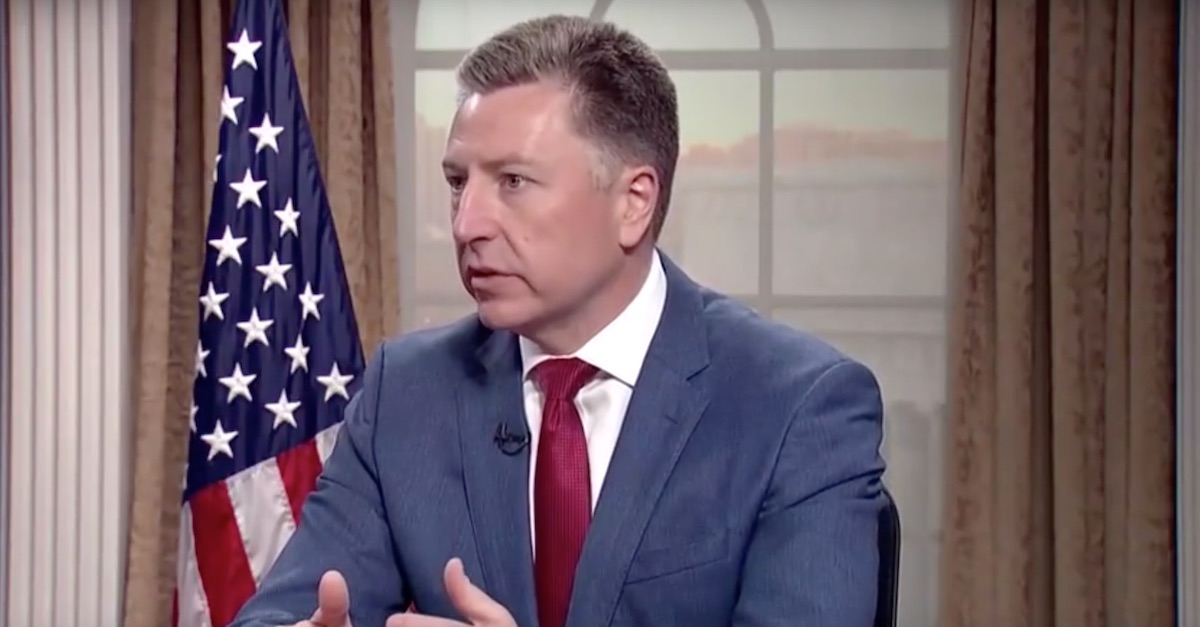 U.S. Special Envoy to Ukraine Kurt Volker, whose name came up in both the whistleblower complaint and in Rudy Giuliani’s large text messages, has resigned. The resignation came one day after the complaint went public.

The story was first reported by Arizona State University’s school newspaper and was subsequently confirmed by major news outlets.

Seemingly minutes after stories were published about Volker, saying he “had a problem named Rudy Giuliani,” reports that Volker stepped down started flooding in.

In the whistleblower complaint, Volker’s name came up under “ongoing concerns.” 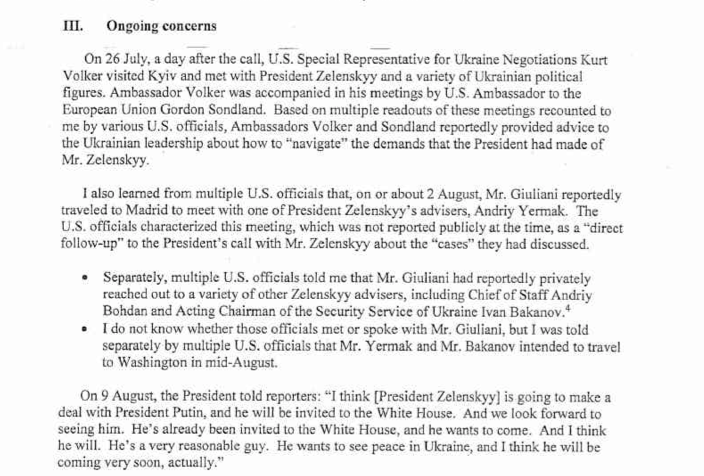 A day after the July 25 call between President Donald Trump and Ukrainian President Volodymyr Zelensky — a call the whistleblower claimed was evidence of an effort to solicit interference in the 2020 election — Volker visited Kyiv and met with Ukrainian political figures, including Zelensky.

The complaint said that on Aug. 2, a week later, Giuliani was in Madrid and meeting with Ukraine presidential aide Andriy Yermak, apparently to follow up on the “cases” that were discussed on the phone. The whistleblower said White House officials, his sources about the phone call, said the only cases that were discussed on the call had to do with the Bidens and the 2016 election.

Giuliani was open about the fact that Volker put him in contact with Yermak, sharing a screenshot of a text on Twitter just yesterday.

Why does this text and date render the hearsay so-called whistleblower useless and not credible? If you get even one reason I might recommend you for Law School. Two and it’s LawReview. Answers later. Watch Laura at 10 pm. pic.twitter.com/fN1kOtclaM

“Why does this text and date render the hearsay so-called whistleblower useless and not credible? If you get even one reason I might recommend you for Law School,” Giuliani tweeted. “Two and it’s LawReview. Answers later. Watch Laura at 10 pm.” 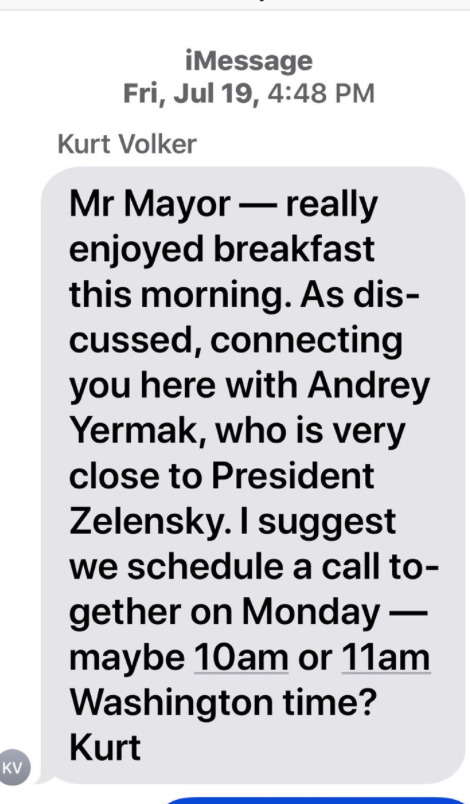 Volker “played a direct role in arranging meetings between Rudy Giuliani, and representatives of President Zelensky, ” said the chairmen. The said that they were subpoenaing documents pursuant to their impeachment inquiry.

They also said what they are investigating.

“The Committees are investigating the extent to which President Trump jeopardized national security by pressing Ukraine to interfere with our 2020 election and by withholding security assistance provided by Congress to help Ukraine counter Russia aggression,” they said.