Fmr. Solicitor General on Ukraine Texts: ‘You Can Literally Litigate For Decades & Never See Something in Writing As Damning’ 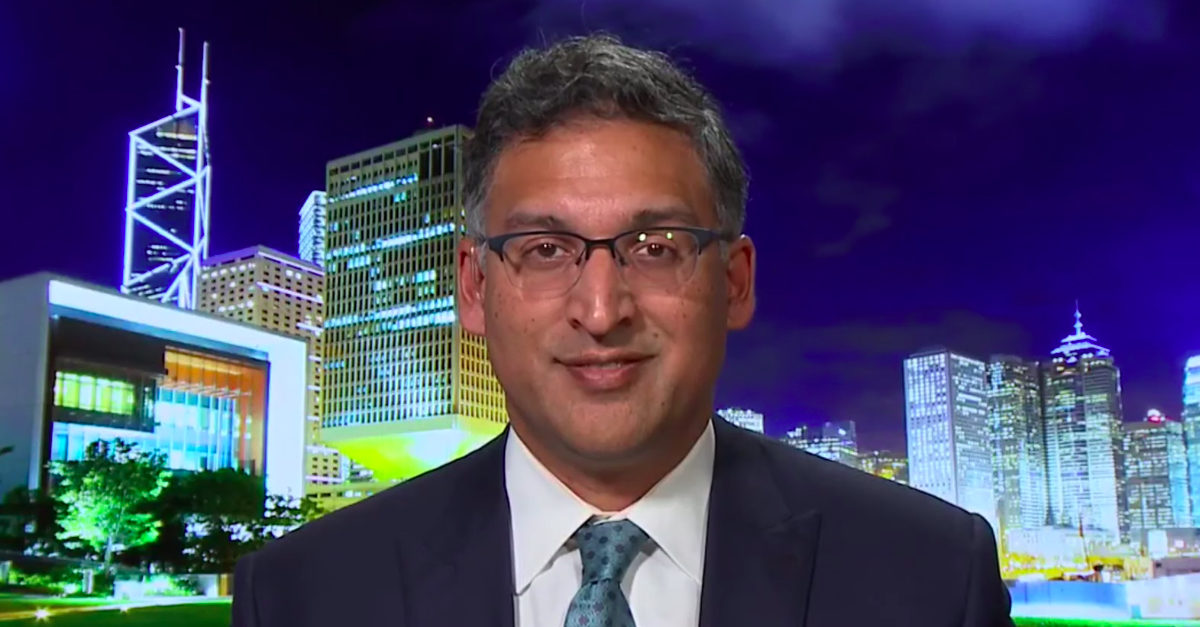 Katyal, who referred to the messages as “damning and sad,” said that in light of the new evidence “impeachment is constitutionally required.” He noted that within the first week of the Democrats’ official impeachment investigation, “Trump’s factual defense has already collapsed.”

The July 2019 discussion shows that top U.S. diplomat to Ukraine Bill Taylor was under the impression Trump was intentionally withholding Congressionally-approved military assistance from Ukraine in order to compel their assistance in furthering his political goals by digging up dirt on the Biden family.

“As I said on the phone, I think it’s crazy to withhold security assistance for help with a political campaign,” Taylor wrote to a group of U.S. diplomats.

Those concerns were downplayed by U.S. Ambassador to the European Union Gordon Sondland, a hotel owner who donated more than $1 million to Trump’s inaugural committee.

“Bill, I believe you are incorrect about President Trump’s intentions. The President has been crystal clear: no quid pro quo’s of any kind. The President is trying to evaluate whether Ukraine is truly going to adopt the transparency and reforms that President Zelensky promised during his campaign,” he responded. Sondland then recommended that the group cease communicating via text, writing, “I suggest we stop the back and forth by text.”

This is quite the exchange:

Taylor: "As I said on the phone, **I think it's crazy to withhold security assistance for help with a political campaign.**"

Sondland: No, you're incorrect… Trump doesn't want a quid pro quo… "I suggest we stop the back and forth by text." pic.twitter.com/9pIsMCejer

Another message shows Volker telling Ukrainian presidential advisor Andrey Yermak that Trump wanted a commitment to launch an investigation in writing before he would agree to meet with President Volodymyr Zelensky.

“You can litigate for literally decades (as I have) and never see something in writing as damning as this and the other texts released last night,” he tweeted, adding that the situation was “unbelievable.”

“This will make it very hard for Sondland to protect his friend Trump, whom he gave $1 million to for inauguration,” Katyal tweeted in response to the news. “That’s the pesky thing, other witnesses. Contemporaneous witnesses. [The truth is out there].”

This will make it very hard for Sondland to protect his friend Trump, whom he gave $1 million to for inauguration.