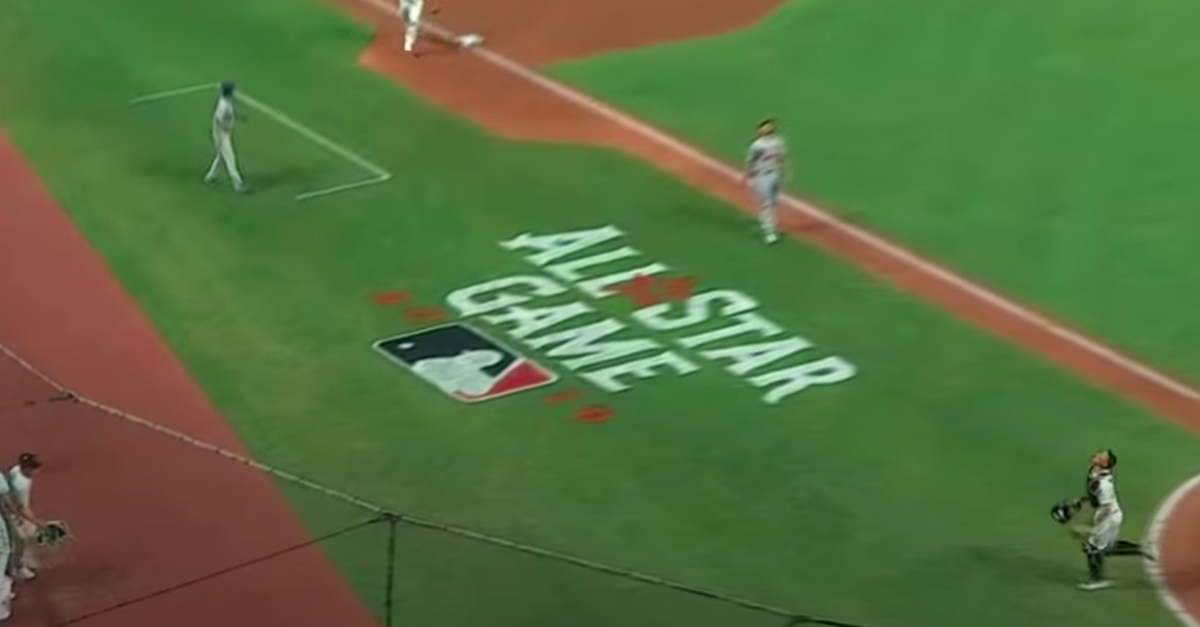 An attorney known for his role as a member of Sidney Powell’s so-called “Kraken” legal team that filed a slew of unsuccessful lawsuits challenging the presidential election is now suing Major League Baseball (MLB) for moving next month’s All-Star Game out of Atlanta.

The lawsuit, filed Monday in the U.S. District Court for the Southern District of New York, alleges that MLB, the players union, and Commissioner Rob Manfred, violated the civil rights of Georgia’s residents and businesses by moving the game to Denver in response to the Peach State’s new voting law, which opponents have called a “voter suppression bill” meant to appease “conspiracy theorists” upset about the 2020 election outcome.

The suit by attorney Howard Kleinhendler on behalf of the Job Creators Network, a conservative advocacy group founded by former Home Depot CEO Bernie Marcus that receives significant funding from the Mercer Family Foundation, seeks punitive damages of “not less than $1 billion.”

“Probably the most frivolous lawsuit filed in federal court in recent memory,” Atlanta-based lawyer and legal analyst Page Pate reacted to the suit. “Not a single claim has legal merit. I expect the lawyer will be sanctioned if he doesn’t immediately dismiss it.”

Probably the most frivolous lawsuit filed in federal court in recent memory. Not a single claim has legal merit. I expect the lawyer will be sanctioned if he doesn't immediately dismiss it.https://t.co/ZWB9KkXe89

Despite MLB being a private entity composed of privately owned teams, Kleinhendler’s causes of action are based on his assertion that the league is a “state actor acting under the color of law,” which “conspired” to violate Georgians civil rights in violation of the Equal Protection Clause of the Fourteenth Amendment and the Privileges and Immunities Clause of Article IV of the Constitution.

“Most if not all MLB clubs are state actors acting under color of law as recipients of substantial state and local financing and as tenants of stadiums owned by state and local authorities,” the suit stated. “This public involvement ties the MLB clubs to constitutional requirements like the Equal Protection Clause, as it does for other sufficiently involved public tenants. Indeed, Truist Park, home of the Atlanta Braves, was constructed with substantial funding from Cobb County.”

Based on this this novel “state actor” theory, the suit claimed that MLB “violated federal rights protected by 42 USC §1983” because the league “intended to punish Georgians because their state enacted a reasonable ballot-integrity statute and to coerce Georgia and its duly elected government to surrender Georgia’s sovereignty in our federal system.”

Claims under §1983 generally arise when a government official or entity “inequitably administers” state or local law to disadvantage or discriminate against citizens, often in the context of land use, zoning, licensing, or policing. The Supreme Court of the United States in 1980 said §1983 was an “express federal remedy” created because “Congress sought to enforce provisions of the Fourteenth Amendment against those who carry a badge of authority of a State and represent it in some capacity, whether they act in accordance with their authority or misuse it.”

Kleinhendler attempted to bolster his argument by citing to a series of cases such as Lewis v. Colo. Rockies Baseball Club, claiming they supported the theory that MLB is a pseudo-government entity. However, all of the cited cases explicitly held that only the physical locations in and around publicly funded stadiums, or stadiums leased on land owned by municipal governments may be considered public entities. None suggest that MLB teams or the league itself are public entities. The suit also does not appear to mention what state authority the league possessed or how that power was misused.

The suit additionally alleged a violation of the Civil Rights Act of 1871, also known as the Ku Klux Klan Act, which makes it a crime to “conspire to prevent, by force, intimidation, or threat, any person from accepting or holding any office, trust, or place of confidence under the United States, or from discharging any duties thereof.”

“Defendants plotted, coordinated, and executed a common plan and conspiracy to cancel the All-Star Game in Atlanta with the intent to injure and deprive residents and businesses of Atlanta, Georgia of their Constitutional rights protected under not only ‘equal protection of the laws’ but also ‘equal privileges and immunities under the laws,’” the suit stated. “Defendants’ conspiratorial conduct has had a punitive impact on employment arising from the All-Star Game that would have been in Atlanta, Georgia but was deliberately moved to Denver, Colorado, based on conduct aimed to intimidate and punish local business, in violation of Plaintiff JCN and its members’ Equal Protection under the laws.”

The Ku Klux Klan Act cause of action was recently cited by members of Congress in their lawsuit accusing Donald Trump, Rudy Giuliani, and a pair of far-right militia groups of conspiring to incite the Jan. 6 Capitol siege and prevent Congress from certifying the Electoral College votes.

The Kleinhendler suit asserted that the Equal Protections Clause was violated, claiming that “the conspiracy to cancel” the game “deprive[d] residents and businesses of Atlanta, Georgia of their Constitutional rights.”

The suit also alleged that the league tortiously interfered with the businesses associated with the Job Creators Network, and asked for an order demanding the game be moved back to Atlanta.

Kleinhendler did not immediately respond to an inquiry concerning the claims in the suit.