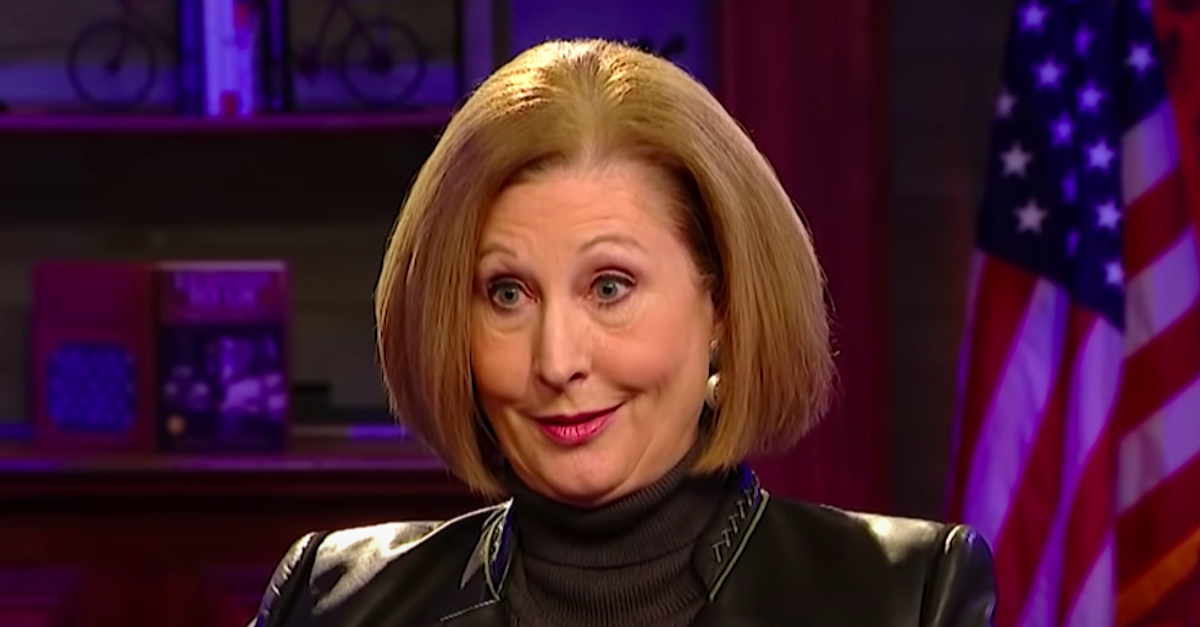 Lawyers representing Wisconsin Gov. Tony Evers (D) on Wednesday said that a motion submitted by attorneys Sidney Powell, Howard Kleinhendler, Michael D. Dean, and Daniel J. Eastman was so improper that the filing merits its own sanctions. The motion in question was filed on behalf of a local GOP official seeking to avoid reimbursing the state for attorney’s fees incurred through a frivolous post-election lawsuit.

Kleinhendler is the attorney who electronically signed the motion and a subsequent brief in support of the request, but Powell is listed as the first attorney in the list of counsel on the bottom of both documents.

The Evers motion in response stems from a case originally filed by La Crosse Republican Party Chairman William Feehan following Donald Trump’s loss in November — one of the slew of election lawsuits Powell compared to the “Kraken,” a mythical, octopus-like creature often depicted in Hollywood films and ancient folklore. The Feehan lawsuit claimed that the election was stolen from Trump through a nefarious scheme that included voting machines switching votes, Iran and China hacking voting machines, and a far-fetched hypothesis about deceased Venezuelan Hugo Chavez. Those claims were swiftly rubbished by judges in multiple jurisdictions and have since become the subjects of defamation lawsuits against Powell and others by voting machine and election software companies Dominion Voting Systems and Smartmatic.

Feehan’s suit initially included a Republican House candidate who said he was not a party to the action, sought 48 hours of security camera footage from a voting center located in Michigan, and referenced the non-existent “Wisconsin Board of State Canvassers.”

After the case was dismissed by U.S. District Judge Pamela Pepper (an Obama appointee) in December, Evers filed a motion seeking $106,000 in attorney’s fees from Feehan, calling the Republican plaintiff’s action “a meritless lawsuit built on inscrutable conspiracy theories and improper anonymous affidavits.”

According to Evers’ attorneys, the ‘Kraken’ attorneys’ motion is not only a poor attempt to delay the proceedings, it’s also “deficient and inapposite” under the law.

“As legal authority supporting his so-called motion to strike, Plaintiff cites only Civil Local Rule 7(a), which provides that ‘[e]very motion must state the statute or rule pursuant to which it is made,” the Evers motion argued. “Relying solely on this rule as the basis for a motion seeking relief is nonsensical. By doing just that, Plaintiff has contravened the Rule’s directive. This failure is itself sanctionable by this Court.”

But even if the court were to treat Evers’ motion for fees as “pleadings,” the governor’s attorneys said the Kraken attorneys’ motion to strike would still be deficient. Under Federal Rule of Civil Procedure 12(f), such a move is only appropriate in an attempt to “exclude an insufficient defense or any redundant, immaterial, impertinent, or scandalous matter,” they argued.

“But Plaintiff does not cite to Federal Rule 12(f), nor does he state with any specificity that he seeks to strike any defense or matter within or evidence submitted in support of Governor Evers’s motion for fees,” the motion stated — drawing a distinction the governor’s attorneys argued was critical. “Instead, he presents a motion to dismiss under the guise of a motion to strike; this is improper and impermissible.”

Earlier in the contested fight over who shall pay for the “Kraken” litigation, Feehan’s attorneys wrote that the governor’s team botched their request to shift costs back to Feehan’s side of the case.

“Under controlling Seventh Circuit precedent, [Evers’] motion must be denied because it was brought after all appeals were disposed,” the Kraken lawyers wrote. “This Court has neither jurisdiction nor authority to entertain Defendant’s Motion for Sanctions.”

“Defendant brought this motion on March 31, 2021, 112 days after the court’s Order of Dismissal on December 9, 2020, and two months since the Seventh Circuit dismissed the appeal,” the Kraken team later argued. “Under these circumstances, Defendant’s motion for sanctions is out of time and should be stricken or dismissed in its entirety.”

“Defendant’s request that the Court decide the merits of Plaintiff’s evidence without hearing it affronts due process, common sense, and the very nature of the adversarial system itself,” the Kraken team continued. “Therefore, should the court deny the instant motion to strike despite its untimeliness and the lack of jurisdiction or authority, Plaintiff requests the opportunity to brief the merits and is entitled to a plenary hearing on the merits of his evidence, and the Court should hold a conference to schedule further proceedings.”

Evers Motion for Fees by Law&Crime on Scribd