This Week on the ‘Objections’ Podcast: Exploring Alternatives to the Jan. 6th Commission That the Senate GOP Shot Down 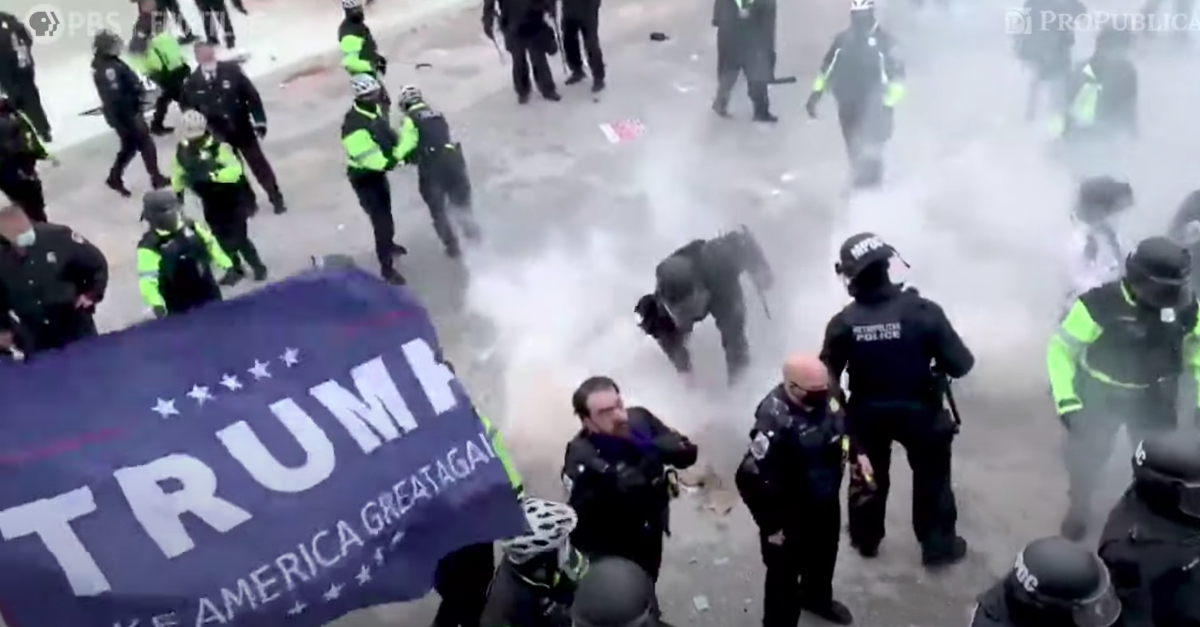 Despite Senate Republicans voting down the idea of a bipartisan commission to investigate the Jan. 6th siege of the U.S. Capitol, there remain multiple avenues for a similar probe to take root.

Laying out those alternatives on the latest episode of the Law&Crime podcast “Objections: with Adam Klasfeld,” congressional scholar Norman Ornstein notes that any of the remaining options face unusual headwinds.

“Every time we’ve had commissions in the past—whether if you go back to the Kerner Commission set up by a presidential decree, an executive order by Lyndon Johnson to investigate the assassination of John F. Kennedy, all the way through things like the 9/11 Commission—they’ve been bipartisan and evenly divided,” Ornstein noted on the podcast.

For Ornstein, the fact that Rep. Greg Pence (R-Ind.) voted against a commission to investigate the same pro-Trump mob that chanted for his brother Mike Pence to be hanged shows how impossible such cooperation has become.

“This is no longer a normal political party,” said Ornstein, an emeritus scholar at the conservative American Enterprise Institute and contributing editor for the Atlantic. “It is a cult. It’s a cult of personality, and that’s why as much as anything, we need to find some way to get to the bottom of all of this, and to make sure that those who did it, who abetted it, who encouraged it, who incited it, are held to account.”

Before it was voted down, the Jan. 6th Commission explicitly defined the events of that day as a domestic terrorist attack, and it would have mimicked the 9/11 Commission in form and structure, with its non-governmental appointees evenly appointed by party. The Commission would have had subpoena power, if a majority of its members voted to file one.

If House Speaker Nancy Pelosi (D-Calif.) creates a select committee in its place, Ornstein says it will likely look quite different.

“A Select Committee is going to be a partisan act, even if it has a small number of Republicans,” Ornstein notes. “It’s going to have the House and not the Senate.”

President Joe Biden can also create a commission by executive order, just as Johnson did before him in empaneling a Kerner Commission to investigate the racial injustices that drove the riots of the long, hot summer of 1967.

“At one level, it would be terrific, because you could do it as a president and you could designate the members,” Ornstein said, adding that Biden could even staff such a commission equally among the parties to deflect claims of partisanship.

But even this option is not without its drawbacks.

“The downside to this is the insurrection was designed to overthrow the Biden election,” Ornstein said. “So it’s the President of the United States, setting up a commission to investigate those who are out to get him. And the problem with that is there’s a conflict of interest involved.”

Beyond the hundreds of active cases and investigations against U.S. Capitol rioters, Attorney General Merrick Garland could choose to appoint a special counsel to investigate the Jan. 6th siege of the Capitol—or look beyond a single Robert Mueller-type figure.

“It would be much better if we had a blue-ribbon panel with the Justice Department’s subpoena authority aimed at those people who were not the ones breaching the Capitol that day, but the ones creating it and inciting it,” Ornstein said. “And that includes members of Congress, staff, people in the White House, very possibly the president at the time, Donald Trump himself.”

One of the top experts on congressional procedure—and the co-author of the books “It’s Even Worse Than It Looks” and “One Nation After Trump”—Ornstein described being less than sanguine about the prospects of any of these options happening.

“I think both President Biden and the Attorney General and others in the Justice Department really don’t want to do this,” he said. “It gets you into difficult territory, and at the same time, we know that Biden’s priorities right now are trying to get through his infrastructure plan and a much broader social and domestic policy plan, and making sure that we get rid of the worst effects of this pandemic as rapidly as we can.”

“So I understand all of that,” Ornstein added later. “But at the same time, this is the kind of threat from within, that we have never seen in this country, done by the leaders of one of our two major political parties.”

Listen to the full podcast below: