Fotis Dulos Attempted Suicide at Home. Sources Said He Died, But Now He Has a Pulse? 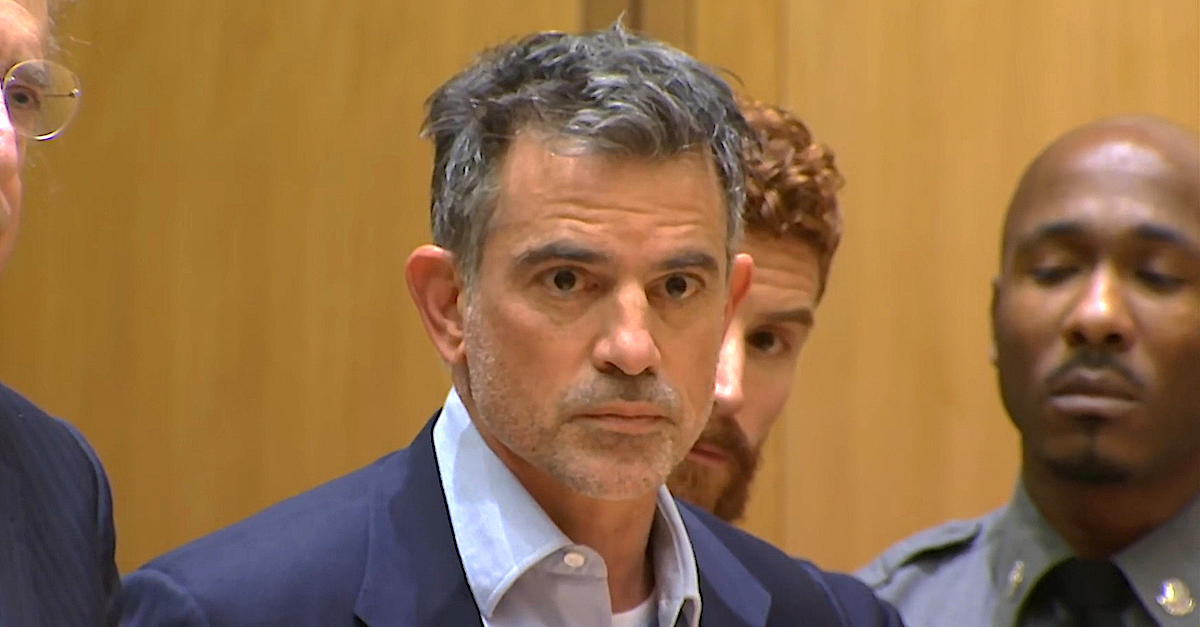 Update, 2:30 p.m.: After multiple reports said that Dulos died by suicide at his home, and after his attorney said he was shocked and saddened by what had occurred, the same attorney said that he was informed his client had a slight pulse. Dulos was rushed to the UConn Medical Center and was later airlifted to Jacobi Medical Center in the Bronx, so he can be placed in a hyperbaric chamber. His condition is listed as critical, per Farmington Police Lt. Tim McKenzie.

Reports say Dulos tried to take his own life by carbon monoxide poisoning. Police said they went to his home for a welfare check after he didn’t show for a scheduled hearing. They said he was found in his garage.

The Courant’s @davealtimari has leaned that Fotis Dulos is dead. His body is at his home in Farmington. He was due in court today for an emergency bail hearing and likely would have been locked up. @hartfordcourant

Per the Hartford Courant:

State police sources say Fotis Dulos has died at his Farmington home. Dulos was facing charges in the murder of his estranged wife, Jennifer Farber Dulos. No other details were available at this time.

Other news outlets are reporting that efforts are still underway to revive Dulos. There are multiple emergency personnel on site at his Jefferson Crossing home.

The New York Times also reported that Dulos was dead:

Fotis Dulos, the man accused of murdering his estranged wife who went missing in Connecticut last May, was found dead at his home on Tuesday after having apparently killed himself, a person familiar with the case said.

#BREAKING: Sources say Fotis Dulos is dead. Tune in to Ch. 3 now and on the app for live coverage from the scene at his Farmington home https://t.co/IOUmj2d7Fj pic.twitter.com/VXHvW9Cuki

Dulos has been accused of capital murder, murder, kidnapping in the first degree, tampering with evidence and hindering prosecution. Dulos’s former girlfriend Michelle Troconis faces charges of conspiracy to commit murder, tampering with evidence and hindering prosecution. Kent Mawhinney, a lawyer who represented his friend Dulos in a lawsuit filed by Dulos’s mother-in-law Gloria Farber, has also been charged with conspiracy to commit murder.

Jennifer Dulos’s body has not been found. She went missing on May 24, 2019 after dropping off her children at school. Authorities believe she was the victim of a violent crime.

In recent days, Fotis Dulos was accused of violating his bail conditions by removing items from a Jennifer Dulos memorial. His attorney Norm Pattis claimed the memorial was meant to taunt his client. Dulos was under house arrest, and a bail-related hearing was scheduled for Tuesday at noon.

RELATED: Everything We Learned from Horrific Warrant for Fotis Dulos’s Arrest in Murder of Jennifer Dulos

Despite a mountain of circumstantial evidence against him (see the link directly above), Fotis Dulos denied having anything to do with Jennifer Dulos’s disappearance. He even did a TV interview, during which he said he was “worried” about her. The defense has considered going with a “Gone Girl” theory that Jennifer had staged her disappearance and framed Fotis for murder.

[Image via The Law&Crime Network/Pool.]