What We Learned from Arrest Warrant of Fotis Dulos’ Co-Defendant, Attorney Kent Mawhinney 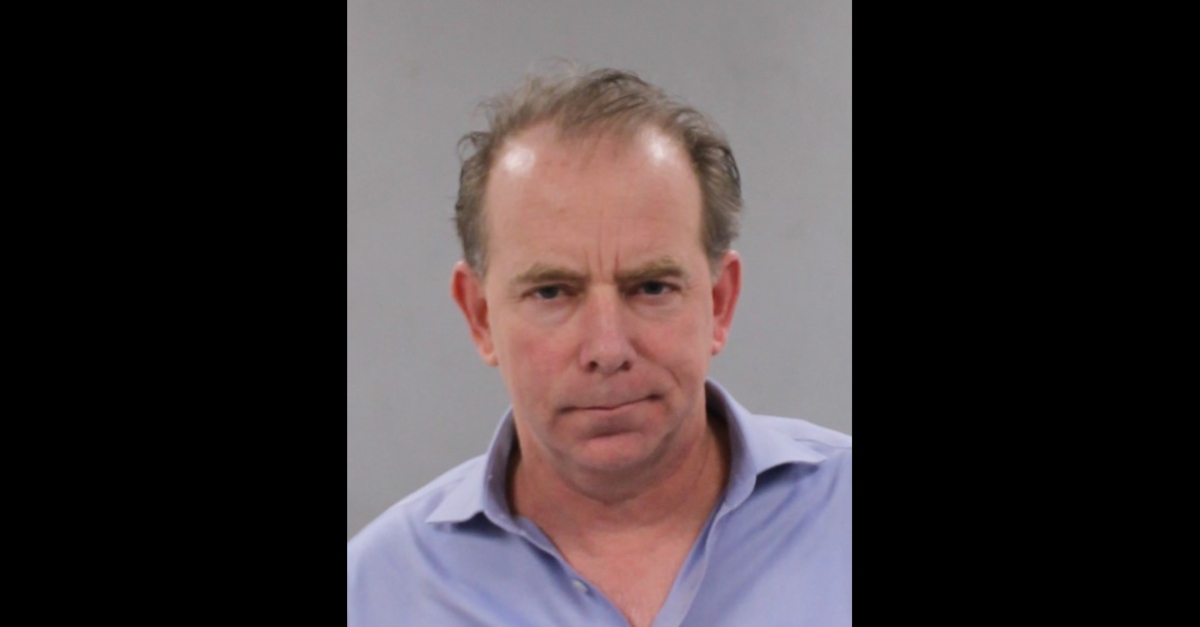 Most, if not everyone, expected the new murder case against Connecticut man Fotis Dulos in the alleged death of his estranged wife Jennifer Farber Dulos. Even defense lawyer Norm Pattis, who denies the homicide allegations, declared he was not surprised. But there was an unexpected development in the case: Cops introduced a new co-defendant on Tuesday, 54-year-old attorney Kent Mawhinney.

Mawhinney and Fotis Dulos’ ex-girlfriend Michelle Troconis were both charged with conspiracy to commit murder in connection to Jennifer’s death. Police said in an arrest warrant that he’s a friend of Dulos, was at that person’s home the morning of the murder, and was called by Dulos when Dulos was getting rid of evidence.

Jennifer Dulos went missing on May 24, 2019. Police suggest she is dead because of the amount of blood left behind at her New Canaan home, that there’s evidence she might have been tied up in zip ties while still alive, and that her estranged husband went to great lengths to hide the evidence. Her body hasn’t been found.

According to police, Fotis Dulos even tried to manipulate an employee into throwing away seats from that employee’s Toyota Tacoma. The defendant allegedly insisted that he’d “spilled coffee” in the vehicle, and voiced concern that Jennifer’s hair might be found in the truck. (She was considered missing at the time.) Troconis allegedly said that she had no knowledge of a murder, or that she was cleaning evidence of the crime, but police said she changed her stories multiple times, and that she and Dulos constructed an “alibi script” including false information.

In her first interview with police, Troconis allegedly said that Dulos and Mawhinney had a meeting at Dulos’ office-home in Farmington on the morning Jennifer Dulos disappeared. Mawhinney, however, allegedly told cops that while he was at the office, he didn’t see Troconis. As for Troconis, she initially told three different versions of the tale in her first interview, cops said. First, she saw both of the men sitting at a table talking. Then she allegedly said she only heard them speak, but never saw them. In the third tale, she allegedly claimed she only heard Mawhinney, but not Dulos.

In her third interview, Troconis finally said that she saw Mawhinney at the office after dropping her daughter off at a school, cops said. They said good morning to one another, but she didn’t see Dulos there even though his cellphone was on the table, according to the tale. She said she didn’t know if he was in the home or not.

Officers said Mawhinney’s name appeared on all of the so-called “alibi scripts.” They were able to talk to him, but they described his statements as “frequently vague or evasive, at times self-contradictory, and otherwise suspicious to investigators.” According to cops, he claimed that he didn’t see Dulos on the morning of May 24, but he changed his story to say there was in fact a scheduled meeting, although he maintained he didn’t see the lead defendant. He said he got to Dulos’ home at about 7:40 a.m., and was there for about 40 to 50 minutes before going. He claimed he couldn’t remember if he spoke to Dulos the day before, and denied communicating with him on the phone on May 24. Police said Dulos’ phone records show him calling Mawhinney on May 24 at 7:47 p.m.–in the time period in which Dulos was allegedly discarding evidence in the case in Hartford.

In his second interview, Mawhinney claimed to have sustained a concussion from falling down stairs on May 25, and said he had to replace his cellphone because this incident broke the screen. He conceded that there might have been a phone call, but claimed not to recall having contact with the defendant. He said he did not know why Dulos would call him while disposing of evidence, cops said.

Authorities also linked him to a suspicious site in East Granby, Connecticut. On May 18, just days before Jennifer’s disappearance, two men found a hole on private hunting ground. Barbecue grill grates were placed over it, and branches and leaves were used to hide it, according to authorities. One of the men suggested that unopened bags of lime at this site would be used to get rid of a body. It appeared to be a human grave, but there was no body. The men kicked the debris so people wouldn’t fall into it. Around May 22, one of the men checked the hole again, only to find that the bags of lime were gone, and the hole was half-filled with heavy rain, police said. They didn’t report the scene yet because no one was missing, and discovered in early June that the site was now covered.  One of the men finally reported the scene to local cops after he told a police friend from Massachusetts about it, and the man urged him to tell law enforcement, according the warrant.

Well, guess who is linked to the ground in question. That property was for a hunting club founded by Mawhinney, a witness told cops. He was a founder, and helped obtain the land. He left the group about five to six years previously, but had inquired in “March/April 2019” about rejoining, officers said.

This isn’t the first time Mawhinney has been charged in criminal court. He was previously charged in a spousal rape case. An attorney who has represented him did not immediately respond to Law&Crime. That lawyer, Lee A. Gold, told NBC Connecticut in a Tuesday report that he expects he’d represent Mawhinney in new charges, and was waiting to hear from cops.

After Jennifer Dulos’ disappearance, public suspicions fell on her estranged husband. She was divorcing him, and had claimed that he had revenge fantasies about people who wronged him. She also said that he wanted to move Troconis into their Farmington home. Jennifer Dulos said she started renting out a home in New Canaan, but voiced concern that he might retaliate against her for divorcing him.

“He has the attitude that he must always win at all costs,” she said.

With that marital strife in mind, Mawhinney and Fotis Dulos are allegedly birds of a feather. Police said Mawhinney violated a protective order from his wife by having Dulos serve as an intermediary to set up a meeting with her. That spouse said that she thought “Dulos was working on behalf of Mawhinney to get rid of her,” she said in a warrant obtained by The Stamford Advocate. Judging by the new arrest warrants in the murder case, their coordination went further than that.