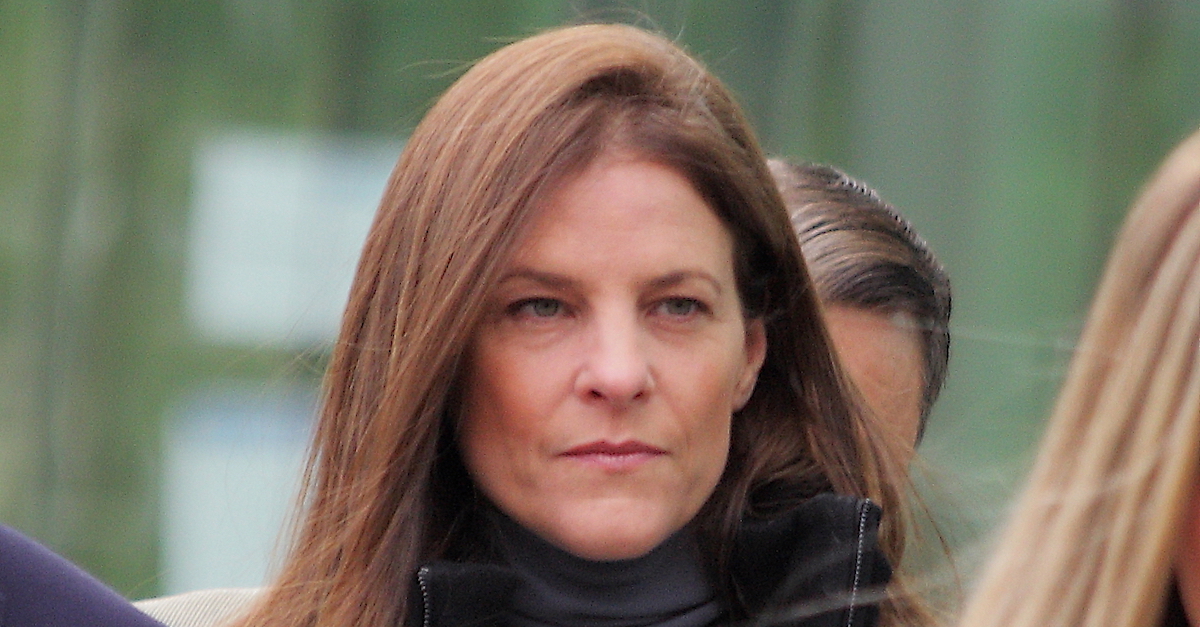 Jennifer Dulos is a 50-year-old mother who disappeared after dropping off her kids at school on May 24, 2019. She is currently presumed dead—allegedly murdered by her rage-filled husband Fotis Dulos after she decided to divorce him for flaunting an affair around in plain sight.

But according to various Connecticut law enforcement agencies, the alleged murderer had a little help from that same onetime open girlfriend, Michelle Troconis. The former lovers were both arrested on Tuesday. Dulos was charged with his wife’s murder. Troconis was also charged with murder over Jennifer’s months-long disappearance.

Law&Crime obtained copies of both arrest warrants—which, if they are to be believed, paint a dizzying picture of murder, malice and incompetence at the resulting would-be cleanup and coverup. For a detailed writeup of the Dulos police document, see the in-depth article here.

A great deal of the Troconis arrest warrant contains standard repetition of the facts alleged—and direct verbiage—of the warrant for Dulos. But each also contains their own, intertwining, set of alleged and shocking facts.

According to police, investigators first reached out to Troconis on May 24, 2019–and left multiple messages that went unanswered. Troconic was arrested on June 2, 2019 on charges related to “the disposal of evidence in Jennifer’s disappearance along Albany Avenue in Hartford.”

On June 3, 2019, “the day after Troconis’ first interview [local] detectives were executing a search warrant at [the apartment where Troconis and Dulos lived] when they located a set of handwritten notes,” the arrest warrant reads.

From that warrant at length [emphasis added]:

These documents came to be referred to by investigators as “The Alibi Script.” The two-page document included two distinct handwriting styles which were later confirmed by Troconis to be her own handwriting and that of Dulos. The Alibi Script was an outline of the activities of Troconis and Dulos for the dates 05/24/19 and 05/25/19 laid out in approximately hourly increments. The original, handwritten Alibi Script was recovered from a trash bin in the Fore Group office [where Dulos worked] and photocopies were in a briefcase. The Alibi Script included a narrative which was nearly identical to the information provided by Troconis in her first interview and it represented an account of 05/24/19 and 05/25/19 which Dulos and Troconis together had authored and which narrative Troconis presented nearly verbatim in her first interview.

”In her second two interviews, Troconis’ account of those dates diverged from the Alibi Script, particularly when confronted with evidence, much of which was unknown to investigators during the first interview,” the arrest warrant continues.

The arrest warrant also highlights several alleged inconsistencies that police claim occurred across her various interviews “and even, sometimes, [during] portions of [the] same interview.”

Substantively, police allege that Troconis initially said she spent the entire morning of May 24 with Dulos—beginning at 6:20 when they had sex before she made her daughter breakfast “and drove her to school.” Subsequently, however, Troconis allegedly admitted that “maybe he wasn’t home” the entire morning but still accounted for his whereabouts between 6:40 and 8:15 on the day that Jennifer disappeared.

During her second police interview, Troconis allegedly said: “He was there when we woke up. He was in the house.” After that, police prodded the woman by telling her they had evidence he was, in fact, not there that morning. Troconis allegedly responded “Okay,” before allegedly covering her face with her hands, wiping her eyes and attempting to change the subject, according to police.

According to police, the “forensic download” of Dulos’ cell phone placed the alarm signal at 4:20 that morning—which was apparently shut off one minute later.

The warrant recounts part of the third interview:

Troconis also allegedly told police that she had not actually had sex with Dulos on the morning in question—or even seen him until later that day when the two had lunch together.

Other incidents of apparent dishonesty leading to eventual clarity allegedly include shifting stories about the location of Dulos’ cell phone on that fateful morning, whether or not and when Dulos had been in a “business meeting” with attorney Kent Mawhinney—who was also charged Tuesday with conspiracy to commit murder—and what happened, and when, the two had lunch on May 24, 2019. Troconis also allegedly changed her story about what Dulos was wearing that day—first describing a polo shirt before mentioning a collared button-down with the sleeves rolled up.

”I brought a bucket, a sponge, garbage bags, disposable gloves,” Troconis allegedly told police during her final interview—when quizzed about what she was doing at a house in Farmington—as well as “Windex, Clorox bleach, [a] vacuum, broom, paper towels.”

The arrest warrant notes that Troconis noticed a brown stain on a paper towel. Dulos apparently explained the mess by saying he “spilled coffee” before handing the soiled paper towel to his alleged accomplice.

“[Troconis] also told investigators that the soiled paper towel did not smell like coffee,” the arrest warrant reads.

At one point, police told Troconis that Dulos had killed his wife and involved her in the cleanup process.

”That’s like even worse,” she allegedly replied, “I hate him because of that.”

An officer then pressed a bit harder: “He got you in trouble.”

To which Troconis allegedly replied:

But I was cleaning the house. I wasn’t cleaning Jennifer.

Editor’s note: this article has been amended post-publication for clarity.