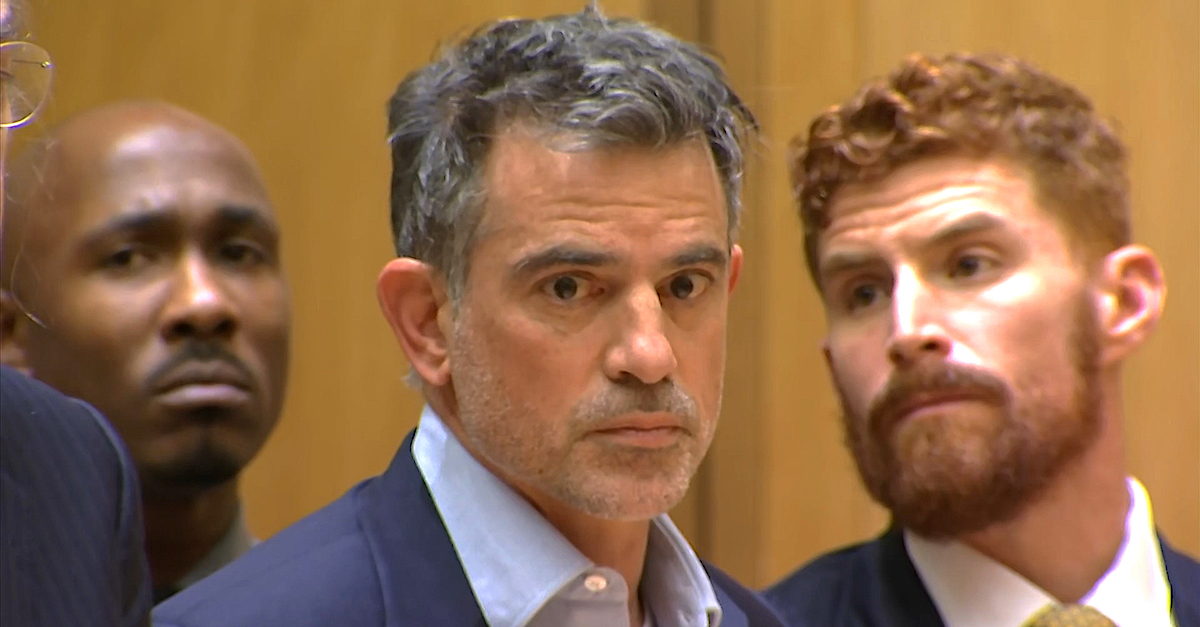 Murder defendant Fotis Dulos is still out on bail after he removed items from a memorial of his alleged victim, estranged wife Jennifer Dulos, but the conditions of release were tightened on Thursday. The court called his actions a “second strike,” and worse.

“What he did was stupid,” Judge Gary White said, according to News 12. He threatened to possibly double the original bond of $6 million if something else happens. “Don’t do it again.”

Under the restricted conditions, Dulos can no longer leave his Farmington home for approved work. He can now only leave his residence for things like church, medical appointments, and legal meetings.

His lawyer Norm Pattis asserted Thursday that the memorial–at the entrance of the private road where Dulos resides–was meant to taunt the defendant.

#FotisDulos attorney #NormPattis entered these Fbk posts as evidence in court, stating the memorial for #JenniferDulos that Fotis was seen rememoving items from last Friday was more about taunting the suspect than honoring his estranged wife. Full story tonight at 10 @FOX61News pic.twitter.com/VF3S1bUO2V

A memorial is back up in honor of #JenniferDulos outside her estranged husband’s home in #Farmington. Officials say he took it down a week ago, violating the terms of his release from jail after being charged with murder. @WTNH pic.twitter.com/PAjt4Dxaz0

The court didn’t side with them on this. Judge John Blawie chastised Dulos last September: The battery of the defendant’s GPS monitoring device was found to have dropped below 25-percent at least four times the previous month.

Dulos pleaded not guilty on Thursday to charges he murdered his wife. Prosecutors say he’s responsible for her disappearance on May 24 from her New Canaan home. He went to great lengths to hide the evidence, and had then-girlfriend Michelle Troconis and attorney-friend Kent Mawhinney participate in the plot, authorities said.

The co-defendants have yet to enter pleas for conspiracy to commit murder. Troconis has pleaded not guilty to charges of tampering with physical evidence, and hindering prosecution, according to records viewed by Law&Crime.