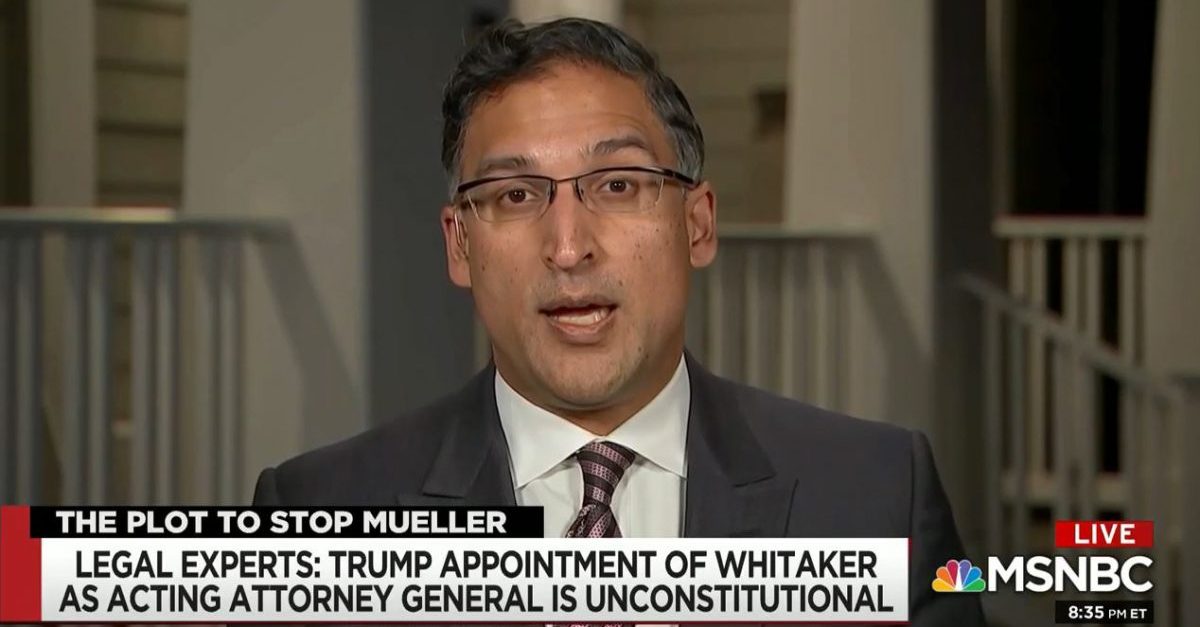 The Senate last week confirmed 13 new presidentially appointed judges to the bench, running the total number of judges confirmed under President Donald Trump to a staggering 144, a number that could reshape federal courts for a generation. While all judicial appointments must be approved by a majority of the Republican controlled Senate, Neal Katyal, the former Acting Solicitor General under President Barak Obama, addressed Trump’s choices to fill judicial vacancies, noting that several of them were “tremendously underqualified.”

Appearing on MSNBC’s The Beat, host Ari Melber began by pointing out that in November, Senate Majority Leader Mitch McConnell made clear that appointing federal judges was his “top priority,” saying that Senate Republicans intended to “keep confirming as many [judges] as we possibly can for as long as we’re in a position to do it.”

Asked about his thoughts on McConnell’s tactics in preventing Obama from appointing judges, Katyal criticized the Kentucky Senator’s actions as amounting to  “obstruction.”

“I think this a huge story and McConnell —  it’s not just the Supreme Court obstruction of the seat that Merrick Garland was to fill – it’s the fact that he left 103 judgeships unfilled so that Trump can fill them, and so the numbers are really frightening,” Katyal said.

“Trump has gotten confirmed 144 judges at this point in his presidency, while Obama had 91. And in the circuit courts — the courts of appeal – where a lot of the important stuff is decided [such as] environmental, labor, employment, all that stuff, Trump has had 43 judges confirmed, the most in history,” he said, adding “Obama had 19.”

Katyal then weighed-in on the latest slew of lifetime judicial appointments, saying several of them were “tremendously unqualified” for their positions.

“I think that Presidents, when they win, should have deference in the judges they appoint and the Senate should defer to it, but a lot of these folks are tremendously unqualified, Katyal said.“I mean 11 of 19 of the judges Trump wants to put up in this latest batch, wouldn’t even tell you if Brown v. The Board of Education was rightly decided. I mean, who are we putting up for these lifetime appointments. These are some pretty darn unqualified people, particularly at the trial court level, and I can’t understand for the life of me why Democrats aren’t talking about this at every turn.”

Katyal, who was named Litigator of the Year by American Lawyer magazine in 2016 and 2017, recently surpassed Thurgood Marshall as having argued more Supreme Court cases than any minority attorney in U.S. history.