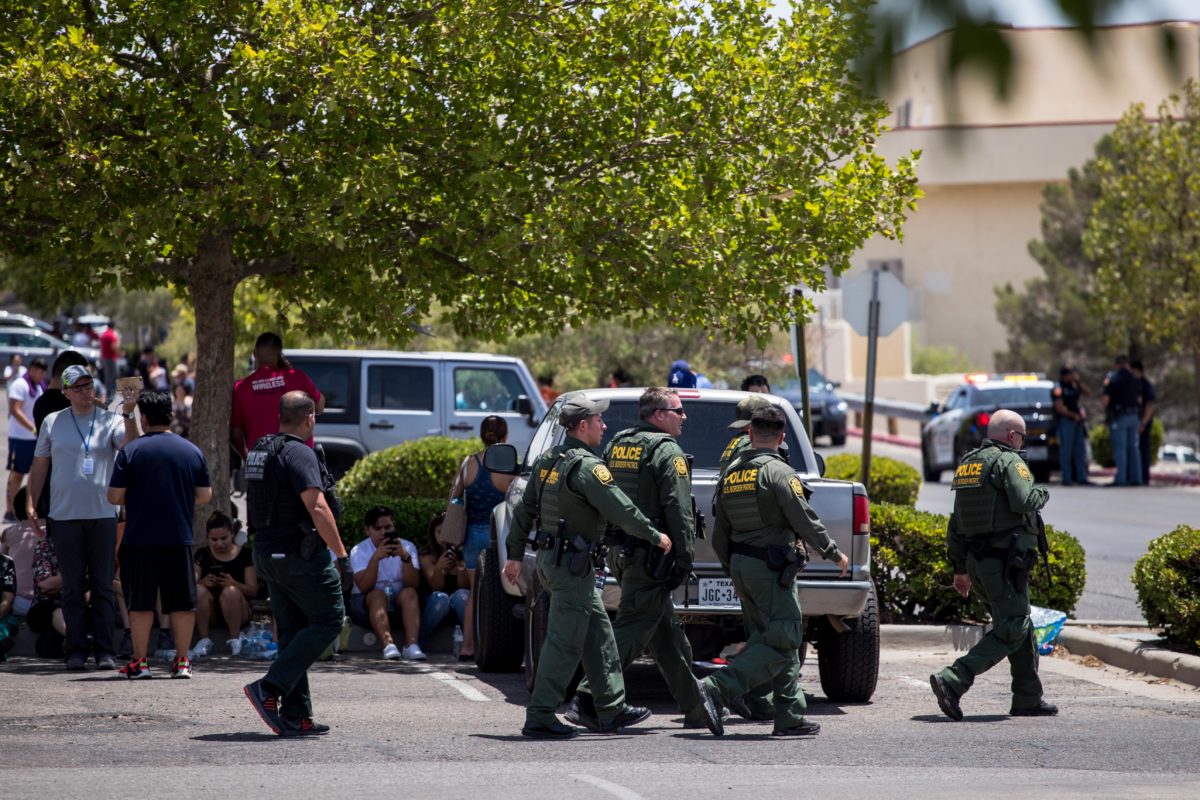 The El Paso, Texas Police Department confirmed Saturday that an active shooter had opened fire at a Walmart in the Cielo Vista Mall area.  Police report several fatalities and say at least one person is under arrest.  They further say there is no longer a threat in the area.

Just after 11:00 a.m. EST, the department posted a tweet that officers were responding to an active shooter situation, advising people to avoid the area until further notice.

A witness to the shooting, Miguel Rodriguez, said he was shopping for a toy for his 7-year-old son when he heard gunshots and ducked to the ground, according to a report from the Daily Beast. He said a person “started shooting everyone, aisle by aisle, with rage.”

One Tweet purports to show shoppers leaving a department store with their hands up as police came in:

Local television station KTSM has reported that 18 people suffered gunshot wounds, but that number has not been independently confirmed.  Other reporting suggests 18 adults and four children have been killed.

I just heard from the scene in El Paso. Unofficial information: 18 adults and 4 children dead. Many more injured. One individual in custody.

“In El Paso, the Texas Dept. of Public Safety is assisting local law enforcement & federal authorities to bring this tragedy to the swiftest & safest possible conclusion,” Abbott wrote. “We thank all First Responders for their courageous response & urge all area residents to remain safe.”

In El Paso, the Texas Dept. of Public Safety is assisting local law enforcement & federal authorities to bring this tragedy to the swiftest & safest possible conclusion.

We thank all First Responders for their courageous response & urge all area residents to remain safe. https://t.co/H6UDwu81SY

Other reports suggest as many as three people are under arrest:

According to Olivia Zepeda, Mayor Abbott’s chief of staff, the shooting has resulted in multiple fatalities. Police later said the same.

In an on-air interview with CNN from the scene just before 3:00 p.m., an El Paso Police Department spokesman explained how to get in touch with family and loved ones who may have been nearby and reiterated that people should continue to avoid the area.

“We are currently searching the area so we need people to stay away.” He also said that for anyone who currently cannot get in touch with a loved one they fear could be a victim of the shooting, a reunification center had been set up at the nearby MacArthur Middle School just north of the mall.

The spokesman could not confirm any numbers regarding injuries or fatalities but confirmed that the department had rendered the area safe, meaning the shooter is no longer active.